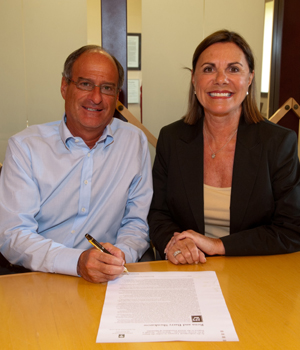 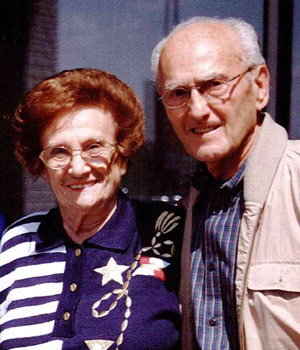 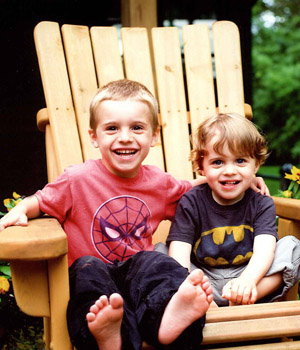 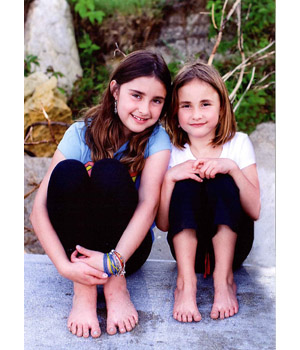 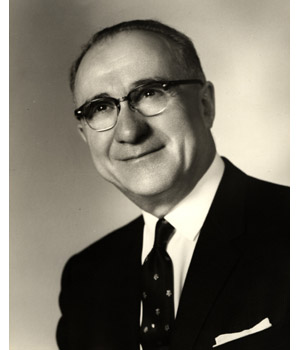 "Look into the mirror, and know before whom you stand." Rena and Barry Shenkarow have used this simple philosophy to stay grounded in a busy life centered around family, friends and community.

Barry has a heritage of community involvement and responsibility, particularly from his grandparents, Morris and Luba. Morris was very active in the business community and in 1964 received the Manitoba Order of the Buffalo Hunt "for his outstanding contribution to the development of industry in Manitoba." He also participated in the establishment of the Manitoba Medical Services Foundation, the United Way of Winnipeg, and the Jewish Foundation of Manitoba. Luba was very active in Hadassah, ORT, Sisterhood and National Council of Jewish Women.

Sam Shenkarow, Barry's father, was born in Winnipeg in 1916. He was a pharmacist and then a businessman. He retired at age 55 and continued his hobbies of making jewelry and plexiglass items. He too was active in the community. He served on the Board of Ramah Hebrew School and was a founder of the Jewish Foundation of Manitoba.

Shirley (Sarah) Neaman, Barry's mother, was born in Winnipeg in 1923. She was a homemaker, supporting Sam in his activities and making a home for their three children: Marvin, Barry and Judy (Pollock). As her mother before her, she was also involved in the community. Her family, though, was always her first priority.

Barry grew up in River Heights and had typical boyhood interests — coin collecting, tropical fish and sports. He attended Cubs, Scouts, BBYO and the YMHA. He attended River Heights, Queenston, Kelvin, and University of Winnipeg Collegiate. He earned an Arts degree at the U of W, and went on to graduate from the Faculty of Law at the University of Manitoba.

Rena's father, Paul Stajer, was born in Klobuck, Poland in 1923. Her mother, Ruth Mandelman, was born in Jedlnja, Poland in 1926. They met in Bergen Belsen Displaced Persons Camp after the war. Both had lost most of their siblings and their parents, Moishe and Tunia Sztajer and Rafael and Pearl Mandelman, in the Holocaust. They married in Paris and had a daughter, Paulette (Weiss). With the support of Ruth's cousins they immigrated to Winnipeg — just in time for the great flood. Rena was born in Winnipeg on November 9, 1950.

Paul worked as a tailor, a grocer, and a hotel owner. Rena remembers her father as hardworking, ambitious, loyal and dependable. Ruth worked alongside Paul and created a home for her family in this new country. She carried on the ancient tradition of Friday night Shabbat dinners. Paul and Ruth were in a terrible car accident in 1977 that left Paul with severe head injuries. Ruth devoted herself to his care until he passed away in November 2005. She was strong, reliable and caring. Ruth passed away on October 18, 2007.

Rena attended I.L. Peretz Shul, King George V in St. Boniface, Jefferson Jr. High, Garden City Collegiate and the University of Manitoba. Her interests varied from cheerleading to chess club. Life also revolved around activities at the YMHA, BBYO and USY. In 1965, Rena met Barry Shenkarow at a Sweet 16 party, and they "grew up together". They were married in 1971 at the Rosh Pina Synagogue.

Rena and Barry have two daughters: Carrie born December 6, 1973 and Mira born April 5, 1976. Carrie is married to Ross Ransby and they have two daughters, Jessica and Shirley Sue. Mira is married to Matthew Narvey and they have two sons, Simon and Paul. The Shenkarows are pleased that their daughters have chosen to live in Winnipeg and that they, as well as their husbands, are active in the community. The family continues the traditions of Friday night dinners, summers at Winnipeg Beach, and family vacations.

In 1977, Barry left the practice of law and became involved with the Winnipeg Jets Hockey Club, eventually serving as President and Governor of the team. From 1977 to 1996 the Shenkarow household revolved around the team. The family went to all the local games, often travelled to away games and were immersed in the exciting world of professional hockey. In 1987 Rena founded and chaired the Winnipeg Jets Goals for Kids Foundation, which distributed over $2 million to children's charities in Manitoba.

Barry and Rena are truly grateful for their life in Winnipeg. They appreciate their close-knit friendships, and the satisfaction of contributing to the wellbeing of the community. They have planned a legacy gift to their community at the Jewish Foundation and have specified that as long as future generations of their family remain in Winnipeg, they will have the privilege of allocating the discretionary income from their endowment fund. It is their hope that future generations of their family will always be connected, involved, and grateful citizens of their community.