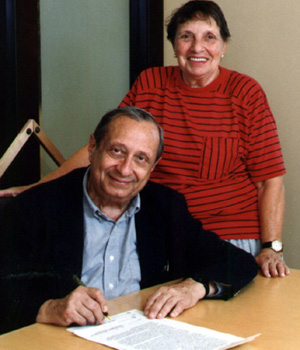 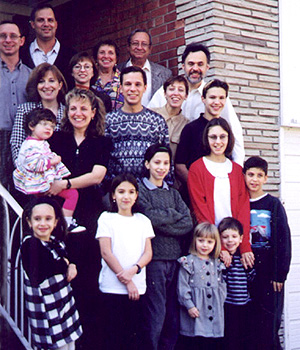 Although I was born and raised in Brooklyn, New York with my three sisters, Winnipeg was my home for almost 30 years. In 1967 I moved here with my wife Elaine and children Alan, Efrem, Bonny and Daniel to assume the position of spiritual leader at the Rosh Pina Synagogue. During my tenure the Rosh Pina membership grew from 650 families to over 1,000 families. In 1987 I was elected Rabbi Emeritus at the synagogue and honoured for my many years of dedicated service to the congregation and to the Winnipeg Jewish community. I took full retirement in 1992, more than 40 years after I was first ordained as a Rabbi.

In Brooklyn I was active in the Zionist youth organizations Hashomer Hadati, Hapoel Hamizrachi and Young Israel. My participation in these groups provided me with some of my best childhood memories. I also fondly recall my Torah and Talmudic learning, participating in acts of Tzedekah, and observing the Sabbath with my family. My parents Ascher and Celia Rappaport had emigrated from Poland in 1920 and settled in the New York area where they were involved in peddling and retailing.

In Winnipeg, in addition to my work at the Rosh Pina I served on several executive boards and committees on behalf of the Jewish National Fund and the Winnipeg Hebrew Schools. I was very proud to be formally honoured by both these organizations in 1981 and 1983 respectively. I also led tours to Israel. Elaine, who is also from Brooklyn, worked in Winnipeg as a high school English teacher.

I hope that I will be remembered in Winnipeg for the many years that I helped provide the community with Torah and Judaic knowledge, as well as a love of Judaism, the synagogue, Israel and the Jewish people. I always made a point of reaching out to the entire community, and trust that this too will be remembered. Although Elaine and I now reside in Florida, and three of our four children and seven of our nine grandchildren also live outside of Winnipeg, I know that all of us will always fondly recall our Winnipeg connection.

Our hope is that in the future the Winnipeg Jewish community benefits from a renewed affirmation and dedication to the Jewish way of life ... one that includes accessible religious education for all ages, the building of Jewish content in the home and greater participation in synagogues and Jewish community organizations.