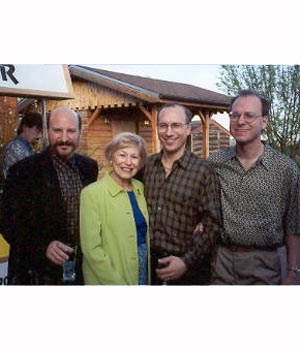 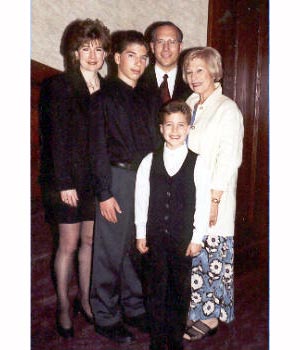 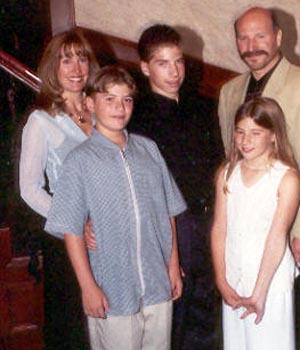 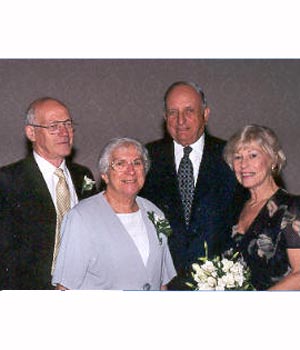 L to R Alvin and Ruth Mantell, Rube and Phyllis 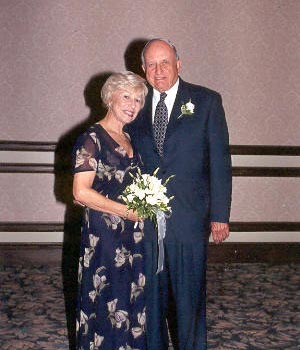 Phyllis Kluner has had an adult life filled with the unexpected. As she begins to tell her story one realizes that resiliency would be an appropriate word to use in describing Phyllis. When she speaks about her life it is in a manner that reflects a great deal of acceptance.

Joseph Mantell, Phyllis's father arrived in Winnipeg as a fourteen year old Russian immigrant and immediately went to work for the Israelite Press where he stayed the majority of his adult life. Only on his doctor's advice did he leave the printing business and begin his next career as a pawn shop owner. Phyllis remembers her father as being a quiet unassuming man. Her mother Fanny (Gordon) also was from Russia but she had the good fortune of being able to attend school in Winnipeg. Phyllis recalls that Fanny was an active and skilled athlete. With pride Phyllis speaks about how her mother was a team member of the championship winning Jewish Women's Softball team. Phyllis attributes her own interest in athletics as a trait handed down to her from her mother. Quite unusual for that time is the fact that Phyllis had both sets of grandparents living in Winnipeg when she was an infant. Unfortunately both of her grandfathers, Moishe Mantell and Motel Gordon died when she was too young to develop a vivid memory. Her grandmothers, Leah and Sima however were an important part of her life.

Phyllis and her brother Alvin, who has lived his adult life in Israel, grew up first on Matheson Avenue and then on Inkster Boulevard. She attended all the north-end schools and received her Hebrew education in the evening at Peretz School. When reflecting on her childhood Phyllis always thought that she was Jewish. Her circle of friends were all Jewish, her family was a traditional Jewish family and her activities were based in Jewish organizations. The Hargrave Street "Y" provided her the opportunity to be a member of the "Charms" as a teenager.

After high school and a year at the university Phyllis took a part-time summer position that became permanent. At this time in her life, Phyllis began a series of work positions and she began dating her future husband Bill Kluner. Phyllis vividly remembers being the third bride at the new Rosh Pina Synagogue. She remembers Bill for his sense of humor, his love of sports, which they enjoyed together and his commitment to family. Marriage in 1952 was followed by the raising of three children, Martin, Kerry and Alan. Phyllis talks about her adult life as unfolding as one plans, her marriage was good and she was proud of her children.

The unexpected began when at fifty-seven years of age Bill suddenly died. Phyllis's adult children had begun to leave Winnipeg with Martin deciding to live in Calgary. This was followed by Kerry and his family selecting to live in San Diego where Kerry was pursuing his love of jazz music, (he was posthumously awarded the Jazz Manitoba award in 2002) while working as a child psychiatrist. Only Alan remained in Winnipeg. Tragedy struck again as Kerry, suddenly and without any notice, died in San Diego. It is these experiences and Phyllis's ability to cope that highlight her resiliency of spirit and personality.

After Bill's passing Phyllis, still a young woman, steadfastly refused to date. Protests from her friends fell on deaf ears. For twelve years she kept saying no to suggestion after suggestion. Eventually, like any good salesperson knows, a no can become an o.k. and Phyllis agreed to a blind date with Rube Hatskin, because she heard that he was a "nice man". It proved to be a good move because in 1998 Phyllis Kluner married Rube Hatskin and they are now spending this portion of their lives together doing the things they enjoy.

When reflecting on the Winnipeg community today she has concerns about its size. Young people are moving away faster than they are being replaced. In addition she has concerns that intermarriage weakens one's ties to the Jewish community. She hopes her concerns prove to be ill founded as she strongly believes in the importance of a close knit community.