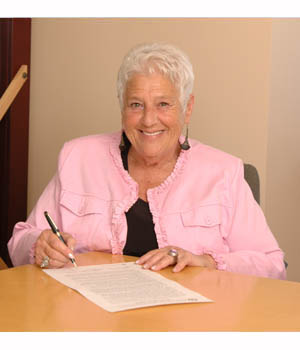 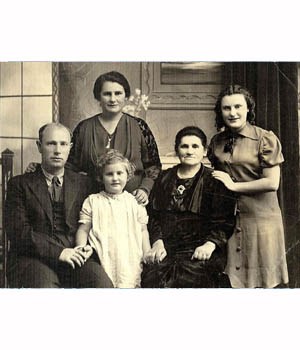 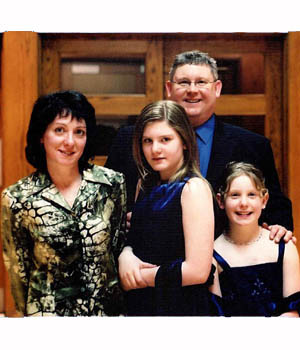 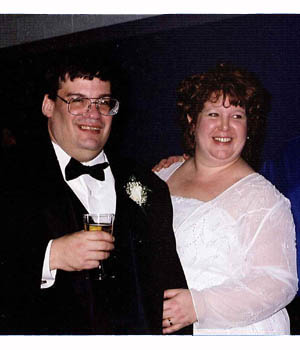 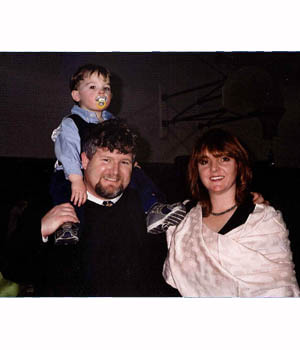 Zach and Tamar with son Jordan

Perle Flam Selch wants to be remembered as a woman who was passionate about her "conservative Judaism" and one who was not afraid of getting involved in her community regardless of where she was living, and she has lived everywhere.

Perle was the younger of two daughters born to Harry and Rachel (Fainblit) Flam. This married Polish/Russian couple arrived in Canada in 1929, one daughter in tow and one more to be born in 1932. Perle's older sister, Alisa, (Poskanzer) could do no wrong, or so Perle believed.

After a few odd jobs to get started, Perle's parents moved to Scanterbury, Manitoba, which was part of the Brokenhead Native Reserve. There they ran a general store before beginning to operate as mink ranchers. Out in the country, her parents kept kosher and produced much of their own food. Perle remembers them always making up food packages and anonymously delivering them to friends and acquaintances who were suffering in the throes of the Depression. This was the main example they set of 'doing for others.'

This country existence was satisfying enough to Perle's parents that they remained there until 1971, when they finally moved into Winnipeg. Not so for their daughters though. As Harry was a man with a love for education, when the girls turned six he sent them to Winnipeg to live with their maternal grandmother, Baba Zlata, so that they could attend school. In retrospect, Perle now realizes how difficult it was for her to be raised by a grandparent and for Baba Zlata to raise a child.

Although at times isolated as a child, Perle's memories of her adolescence were more pleasant. A good student, she was editor of her school newspaper, a member of Habonim, played baseball, sang, acted and debated first at the Albert St Y and then the Y on Hargrave Street where Perle twice won the Starikoff Memorial Oratory Trophy. Coupled with these activities was her constant drive to improve her Hebrew education. She was in love with acquiring more Hebrew knowledge and language skills. Lunchtime was spent studying Hebrew at her grandmother's table, which Perle still uses today, and Saturday afternoons were devoted to Gemarah classes. Graduating Talmud Torah at 10 years of age, this precocious Hebrew scholar demonstrated a talent for teaching Hebrew that kept her in demand her whole life starting with her first night school class when she was thirteen.

This ability to teach Hebrew afforded Perle the opportunity to spend twelve stimulating years in New York City. Starting at the Jewish Theological Seminary of America and Columbia University, Perle studied, taught in Westchester County, lived at the International House student residence and, most importantly, experienced life. This was heaven for the daughter of a man who was enamored with education. Perle's father himself began a university program when he was seventy-one years of age.

In 1960, Perle married Grant Selch, an American from Vermont and they began a 30-year marriage that was highlighted by too many moves (18 in 22 years). This constant relocation eroded the marriage. Perle's closeness with her children and their closeness as a family, however, remained intact and, in fact, grew stronger.

Perle's children are: David (wife Debbie) who has two daughters (Taryn and Kira) and lives in Winnipeg, daughter Charni, a conservative Rabbi in the United States (husband Steve), and Zach (wife Tamar) who has one son (Jordan) and lives in New York State. All three have done their Israeli army service, as Israel was home until 1988.

During the 1980's, Perle traveled between Israel and Winnipeg to maintain a closeness with her aging parents. In 1988, with two out of her three children no longer living in Israel, she accepted the position of Executive Director of the Shaarey Zedek Synagogue. She remained in this challenging position for the next six and a half years.

Upon reflection, Perle feels that her life evolved so that the Shaarey Zedek position was a logical next step. It was during her tenure at the Shaarey Zedek that Perle learned how to say "no" to others so that she could say "yes" to her own needs. Perle moved back to Israel in 1996, and in 2002 returned to Winnipeg. She now has her own understanding of community life in Winnipeg in the 21st century, and realizes there are differences in today's community versus the community in the 1950's. Realizing however is different from accepting.

Not one to mince her words, Perle wants to do more, she wants to do her share and then some to make sure that the Winnipeg Jewish community maintains those institutions that allow all of our members to feel as comfortable and as at home as she has. Participation in The Endowment Book of Life has given Perle one way in which to ensure that the Winnipeg Jewish community remains a community that she is proud to support.