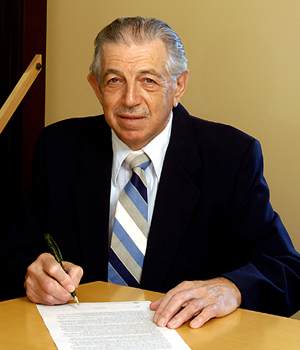 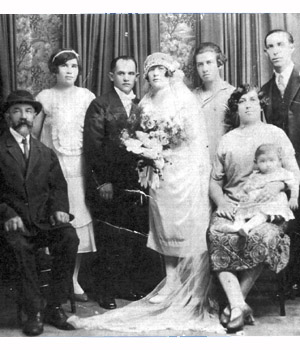 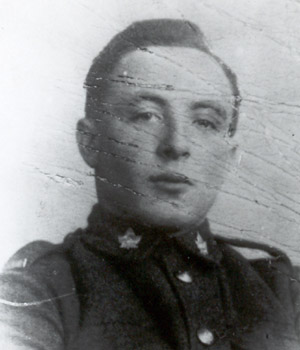 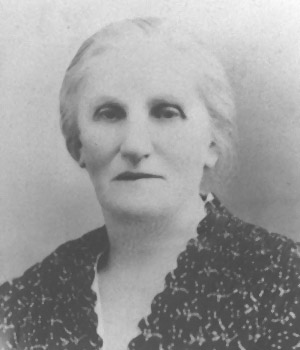 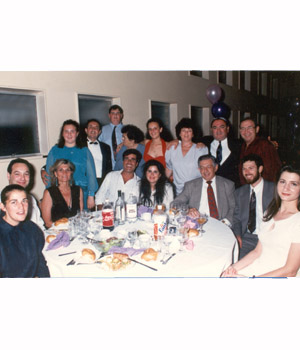 Percy celebrating with friends in his second home, Australia

Percy Gess is an adventurer, restless in spirit but content at heart. Life has taken him down many roads and as he recounts his exploits his eyes occasionally tear, but more often they twinkle.

This adventure begins with Chaim Silverman, Percy's maternal grandfather, who was born in 1864 in Lanowce, Poland (died 1961). As a young man he entered the Russian Army and after serving around 20 years went back home where, at the age of 35, he married Leah Chizda. They had four young daughters, Sheva (who was to become Percy's mother), Sarah, Ruchel and Gnessa when in 1912 he decided to leave to establish a new home in Winnipeg. Here, he found work as a blacksmith. Sadly, by the time he was able to afford passage for his family, his wife had passed away and his daughters were teenagers. The daughters arrived in Canada on December 18, 1921.

Around the same time Sheva arrived in Winnipeg, Colman Gass (Kalman Gess) arrived by train from Montreal. He had left his home in Mohilev, Podolsk, Russia, and crossed the ocean aboard the S.S. Minnedosa, arriving on Canadian soil on July 1, 1922 at the age of 25. Colman was the son of Yehoshua and Ethel Gess and he had three brothers, Alex, Jack and Dave and a sister, Lily, who all also immigrated to Winnipeg. On December 21, 1924, he married Sheva. Colman opened a small grocery store but after the setback of a fire, began a series of jobs for various clothing manufacturers. Sheva took care of her family: Lillian, born on September 19, 1925 (died November 26, 1993), and Percy, born on May 14, 1931.

Percy's childhood was typical of the north end experience — it revolved around the Jewish community, the Alfred Avenue neighbourhood, and family. He attended William Whyte School and later Strathcona School, where his parents feared that his being the only Jewish boy in the school might deter him from further education. To avoid that, they changed his address to that of his uncle and aunt who lived nearer to Salter Street, so that he could attend St. John's Tech.

Percy's first job was as an office worker where operating the Gestetner machine led to an interest in the printing business. After attempts to persuade some employers to train him as a lithographer, he headed east — first to Sudbury, then Toronto, then Montreal. A few jobs later he decided to return home, but here too, work was scarce.

As young men do, Percy and two friends dreamed of going to Australia, they made a pact to each make their way to San Francisco and from there to take the ship across the sea. Which they did. At a cost of $260, they sailed for 14 days — with young war bride divorcees providing adventures aboard — before arriving in New Zealand.

The first month was spent in a dilapidated worker's cabin while Percy held a job at a paper mill in Kinleith (cardboard boxes from the mill helped insulate the freezing cabin), from there it was Wellington, and then a crossing to Australia. Here, he connected with the Jewish family of a person he had met on the ship, who provided him with friendship and a place to stay. For income, he began "hawking" — peddling door to door. Eventually he settled on selling Paramount shirts and women's blouses and began a trade to the many stores and offices downtown where he would sell to employees on their coffee breaks and lunch hours. Friday was delivery day, and after lugging boxes of shirts and blouses one too many times, Percy invested in his first car. With a car came the desire to explore and so his "territory" expanded to outlying areas. In Sydney he had great times at Jewish community dances and synagogue activities but he left Sydney to explore Surfer's Paradise, then Brisbane (where he drove a streetcar), and Cairns (where he worked in sugar cane).

In 1959, "with no two nickels to rub together", it was time to come home. Percy began sales work across western Canada and was in a coffee shop one day when someone suggested he work on the passenger railroad. This began an almost 30-year adventure of riding the rails! From working in the dining car, to representing the railroad workers locally and across Canada, the CNR/VIA Rail provided a livelihood, and a wonderful life.

Though making more on tips than his wage of 90¢ an hour, Percy's hands still shook as he bought his first house for $1,500! This purchase led to an interest in buying real estate and he soon spent many of his seven days off between five-day trips looking over properties — first houses, then larger buildings. This sideline grew into a full-blown passion and over the years he accumulated some properties throughout the city.

These properties have provided Percy with a cash flow that has enabled him to return to his first love — travel. Trips to Buenos Aires, South Africa, Europe and Israel are among the highlights, but his annual five-month trip to Australia is really a `home away from home.'

Though Percy's parents have passed away - Sheva on September 20, 1970, and Colman on September 9, 1974, home is still Winnipeg, and he is a man who appreciates what he has here. Here he can live simply, stay healthy, get around conveniently, and enjoy the good life that is Winnipeg's Jewish community.

While Percy Gess is likely to be remembered as someone who had a life filled with adventure, to him it is more important that he has treated people with dignity and respect, that in return he has been treated the same, that he has acquired invaluable friendships, and that he has lived a life where you "do the right thing".