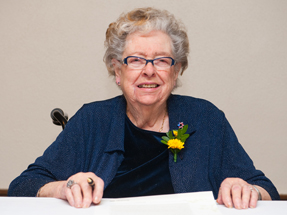 Pearl Lerner signs her story for the Endowment Book of Life 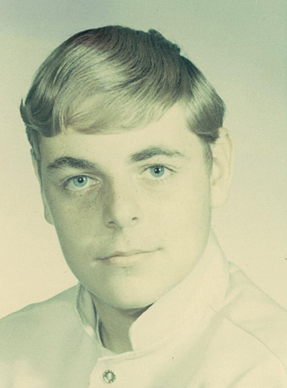 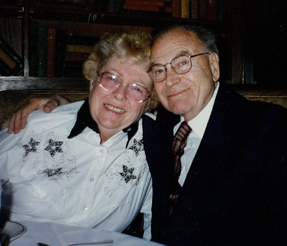 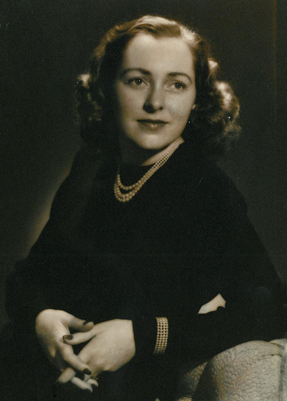 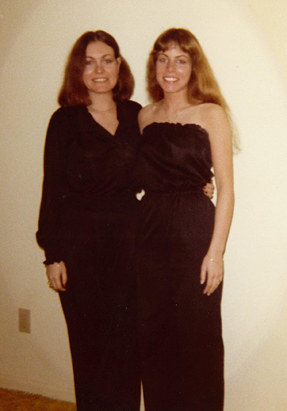 As Pearl Lerner approaches her 90th birthday, she looks back with nostalgia, warmth and a great sense of humour on a life that was largely devoted to her children, husband, home, friends and extended family. It has been a life filled with many rewards and occasional disappointments; a life that echoed with love, laughter and the celebration of many milestones and simchas; and a life that has been very much well lived.

Pearl was born in Winnipeg on February 3, 1922. When she was three months old, her parents, Sophie and Max Staniloff, moved to Buchanan, Saskatchewan, where Max ran a general store. Max had immigrated to Canada from Russia as a young boy, and Sophie had been born and raised in St. Paul, Minnesota. They met and married in Winnipeg in 1920.

Pearl spent most of her childhood in Buchanan with her two younger brothers, Coleman and Sidney. The family also lived in Saskatoon for a short time. Pearl was a gifted student and skipped grades so often that she graduated from high school at the age of 15. She then moved to Winnipeg on her own in order to attend the University of Manitoba, boarding with Jewish families in the north end. Once she was settled in Winnipeg, she joined the Winnipeg Jewish Community Choir, even though she could not read Hebrew and had no formal Jewish education.

Pearl met her husband to be, Arthur (Art) Lerner, at a friend's birthday party shortly after moving to the big city. Art was a medical intern at the time and seven years her senior. Pearl began spending her idle time in the hospital waiting area so that she and Art could enjoy short visits every time he had a break from his work. He often brought her 10 cent bags of nuts from the Nut House during these visits.

Once they began dating steadily, Art would phone Pearl every day. On May 1, 1939, however, he didn't phone. Just as Pearl began worrying about why he had not called, he showed up on her doorstep and asked her to marry him. He had been offered the opportunity to assume a medical practice in Rathwell, Manitoba and wanted her to join him there. At the time, he didn't know that Pearl was only 17.

Pearl and Art married later that month with Rabbi Kahanovitch officiating and only a few close relatives in attendance. The newlyweds received $25 from each set of parents, were treated to dinner at the Chocolate Shop, and then drove out to Rathwell in their 'new' 1928 Chevy. A year later they motored out to Banff for a belated honeymoon.

In Rathwell they lived in a rambling 100 year old house without running water. Art commuted daily to the hospital in Carmen, and Pearl provided piano accompaniment at the United Church. Upon their return to Winnipeg they began building their family and their first home at 357 Scotia Street. Their eldest child Yale was born in 1941 and daughter Ann was born 13 months later. During this time, Art joined the Army and was stationed at the POW camp at Neys, an eight hour flight from Winnipeg. He was then transferred to Brandon, where Pearl and the kids joined him. They returned to Winnipeg again when Anne developed whooping cough.

Their daughters Meda and Michele were born in 1947 and 1951, and son Moe arrived in 1953. Their youngest child, Cara, was born 10 years later in 1963. The Lerner children attended both public school and after-four Hebrew classes, and Cara went to JWC, where she received the Gold Medal and five other awards upon graduation. They all also attended university. Today Cara and Moe are physicians, Yale is a lawyer, Anne is a nurse, Michele is a Spanish interpreter and gemologist and Meda is in the advertising business.

Cara is married to Jonathan Kroft, who is a lawyer, and they have two children, Daniel and Emily. Both are students at the Gray Academy of Jewish Education and both are involved in a variety of activities. Pearl's other grandchildren include Dr. Gabrielle Brown, a veterinarian who lives with her husband Bill near Calgary; Dr. Michael Greenberg, a Gold Medalist in music who lives in Paris with his wife Zeta and daughter Hanna; Geoffrey Greenberg, who manages an eye glass firm and lives in Sydney, Australia with his wife Galina and children Noah and Lola; Samantha Kasloff, a Gold Medalist in microbiology who is studying for her doctorate in Italy; Jonathan Emett Lerner, a computer salesman in Vancouver; Chloe Lerner, a student at the University of British Columbia; Jonathan S. Lerner, a business and law graduate who lives in Sydney with his wife Shana and daughter Amelia, and is expecting twins; and Ian Kasloff, a student at the University of Manitoba.

During the 1950 Winnipeg flood, the Lerner home was inundated with water and the family was forced to evacuate. They lived temporarily in Saskatchewan and Gimli, and upon their return home raised their house eight feet to protect it from future flooding. Thirteen years later, they moved down the street to a bigger home at 221 Scotia Street, where Pearl remained until Art's death in 1998.

No matter where they lived, Pearl always had an open door policy. Relatives, friends, neighbours, her children's friends and family pets were always welcomed in her home. When she was not entertaining or caring for others, Pearl managed to become a Lifemaster bridge player.

Once the children were grown and on their own, Pearl and Art began wintering in Florida and Phoenix, even though Art never really retired. He was still performing operations when he was in his eighties. Art was a quiet and unassuming man, who was completely devoted to his profession, his patients and his family. A highly accomplished surgeon, he performed the first heart surgery in Western Canada at the St. Boniface Hospital in 1952, and the first successful 'blue baby' surgery in 1953 at the Grace Hospital.

Pearl keeps the newspaper articles about these extraordinary accomplishments tucked away among the dozens of mementos and photographs she has on display in her home. In addition to documenting the lives of her children, grandchildren and great-grandchildren, the photographs also serve as a source of comfort to Pearl and a constant reminder of the large and loving family that she and Art created.