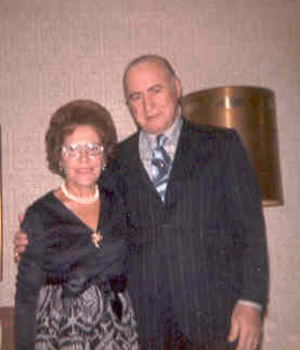 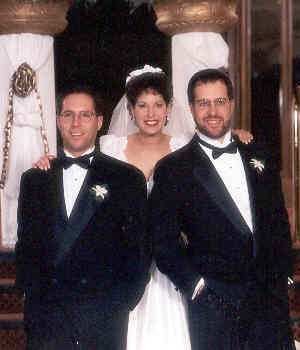 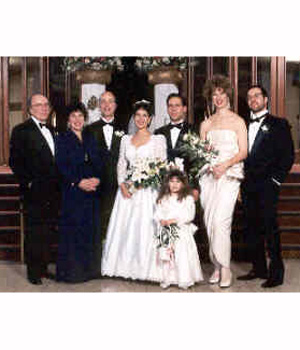 The Silver family and Randy and Richard's wedding 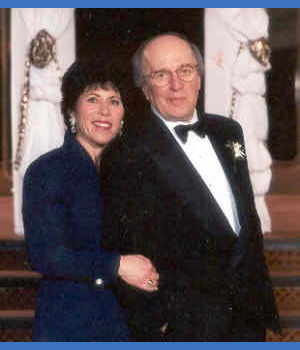 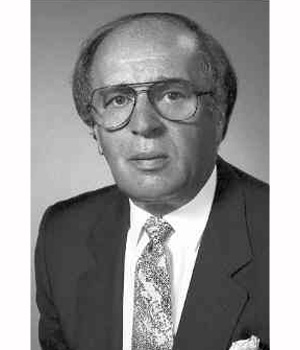 "It is unlikely that this story would be written had Paul not visited the Western Wall in Jerusalem in 1973. The son of Kay and Irving Silverstein, Paul had grown up in a home that was largely non-religious and he had not experienced a bar mitzvah. At the Wall, Rabbi Nesis convinced him to have a bar mitzvah and this event forever changed Paul's personal commitment not only to things spiritual, but to participation in the Jewish community. His greatest passion was for the Shaarey Zedek Synagogue. He spent eighteen years on the Board, supporting and guiding the Synagogue, including a term as President. In 1984 he was appointed a life member. In addition, he served as President of the Jewish National Fund, Canadian Friends of Hebrew University, Vaad Ha'ir, and Canadian Council for Conservative Judaism. His devotion and dedication to our community was never-ending and it pervaded our home.

Outside the Jewish community, he served on the Board of Directors of Winnipeg Blue Bombers, and Vice President of the Kinsmen Reh-Fit Centre. After our marriage, Paul worked for the company founded by my father and grandfather - Manitoba Bedding - eventually serving as President, as well as President of WJR distributors. He was very active in the Canadian furniture industry.

Involvement in the Jewish community was not unfamiliar to me. Growing up on Polson Avenue, and attending I.L. Peretz, Machray and St. John's High schools immersed me at an early age in community life. I belonged to Young Judea, Habonim, and Hillel and remember very clearly being introduced to the world of Zionism. Our home was filled with activity that centered around the community. My father, Joseph Raber, was active in the Hebrew Fraternal Lodge and was a founding member of both the Rosh Pina Synagogue and the B'nai Abraham Synagogue. My mother, Molly (Oleisker), was active in Hadassah, Rosh Pina Sisterhood and Eastern Star. Our home was always open to friends, to our large extended family, and to the many organizations my parents were involved with.

My strongest influence was my grandfather Shalom Wolfe Raber. He was born in 1884 in Selisht, Poland, came to Winnipeg in 1921, and immediately became involved in Jewish community life. He was involved in B'nai Abraham Fraternal Society and helped to build their new synagogue. He was president of the Magnus synagogue, and helped to instigate the building of Chesed Shel Emes on Main Street. (He personally went by train to southern United States to buy the first hearse for the new facility.) He actively lobbied the government to allow refugees to come to Canada after W.W.II and personally sponsored twelve family members to come to Winnipeg. He was active in all Jewish causes.

After high school, I attended University of Manitoba and I have had various occupations at different stages of my life, including owning my own business for thirteen years. I belonged to National Council of Jewish Women and was part of the first group to do audiometer testing. I was involved in programming for seniors at Council House, belonged to the Kinneret Chapter of Hadassah, and was a Member at Large of Canadian Friends of Hebrew University.

Together Paul and I had three children: Wayne Sheldon (born 1958), Randy Dale (born 1960) and Jeffrey Hart (born 1965). Wayne is married to Nava Grunvwald, their children are Lauren Sterling, Joseph Ryan and Alexis Isan, and Randy is married to Richard Mellon, their children are Carly Nicole and Hailey Patrice. All of our children live in Toronto and it is for this reason that I want to preserve a history of our family in Winnipeg. I hope that this story will give them continued connection to Winnipeg and to the place where they grew up. As the past influences the future, I hope our commitment to community will continue in future generations with my children and grandchildren. I hope they will continue in the tradition of tzedakah and helping their communities to flourish.

The Asper Jewish Community Campus has helped to foster a vibrant and flourishing community that will continue to grow with the help of involved, dedicated people. I see a bright future for Winnipeg's Jewish Community."