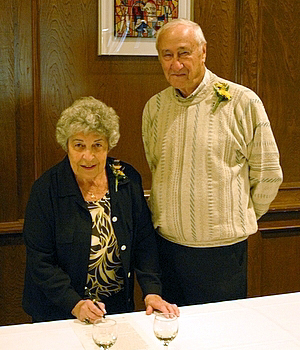 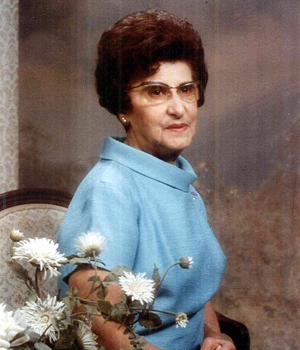 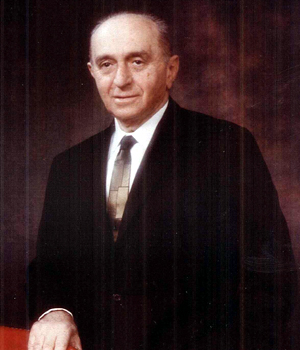 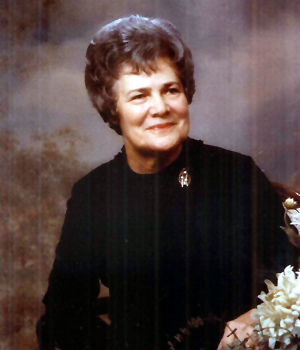 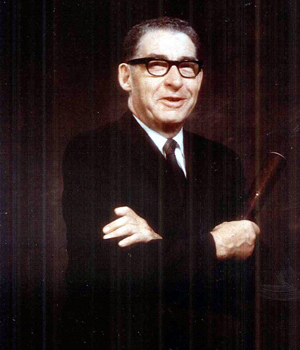 Pat and Paul are grateful for the good fortune in their lives. They are pleased to give back to the community and Winnipeg in general by participating in the Endowment Book of Life.

Paul's father, Ben, was born in Austria and came to Canada in 1923 to join his older brother. He brought over his betrothed, Cora Rich, in 1925, and later his mother-in-law and two brothers-in-law. He worked for the CNR, operated a country grocery store, and then established Winnipeg Pants (later Richlu) with one of his wife's brothers.

Paul was born in 1926 and with his siblings, David and Sylvia, grew up in Winnipeg's north end and, for four years, in Grahamdale, Manitoba. He moved back to Winnipeg in 1938 to prepare for his Bar Mitzvah and his parents followed a year later. Paul attended after-four classes at the Folk Shule and was a good student at Machray and at St. John's Tech. After high school he began studying sciences at the University of Manitoba and then joined the army, spending the 13 months until the war's end stationed in Canada. He returned to university, this time to study engineering, and a year later transferred to McGill to specialize in mining engineering. Unhappy living in Montreal, Paul returned to Winnipeg to start a children's wear business with his father and uncle. A fire destroyed that business in 1950 and Paul began working in real estate.

Pat was born in Calgary in 1927. Pat's father, Max Waterman, was born in Jerusalem and at the age of three he immigrated with his family to Canada, first to Montreal where there was family. From there they continued on to Alberta where they homesteaded in Trochu in 1905 when Alberta was being opened up to homesteaders. Pat's mother, Rose Wolfson, also emigrated with her family from Russia at age two. They homesteaded in 1906 in Rumsey, Alberta, not far from Trochu. There was a small vibrant Jewish community in that area. Both families moved to Calgary in the early 1920's. Rose and Max met and married in 1925 and raised Pat and her younger brother, Danny. When Pat was nine, the family lost their business as a result of the Depression and moved to Winnipeg, living first on Qu'appele Avenue and then moving to Bannerman in 1939.

Pat went to St. John's Tech and after graduation entered the School of Architecture at the University of Manitoba, graduating in 1948. Pat and Paul met shortly after the war and were married in July 1948. Pat worked as an architect and Paul ran the children's wear factory R. K. Garment.

Soon after the fire destroyed the factory, Paul and his father purchased a hotel in Nelson, British Columbia. Pat remained in Winnipeg where she was working as an architect. She joined Paul in Nelson a year later when a job opened up in an architect's office there. Anxious to return home, Paul sold his share of the hotel and the couple returned to Winnipeg where he purchased Fort Rouge Decorating Company and also established Paul Kettner Limited, a company that built radio, television and microwave towers across Canada. Paul enjoyed success in his businesses and in 1977 sold the companies and retired at the age of 52. He spent six years building an airplane in his basement and the next four years flying it.

When they returned to Winnipeg in 1954, Pat returned to work. Their son Gary was born in 1955 and then a daughter Shawn in 1957. Pat decided to be at home at this time to enjoy raising the children. Another daughter, Beth, was born in 1961.

Once the family was older, Pat returned to work. She had developed an interest in art and in 1972 returned to University to study at the School of Art. Until 2005 she had a studio in the Exchange District where she worked daily, and she was a founding member of a Co-op Art Gallery. Her work consists of painting, drawings, prints and sculpture.

Pat is a member of B'nai B'rith and ORT. Summers are spent at Falcon Lake where, with the children and grandchildren, they enjoy swimming, biking, sailing, fishing and companionship.