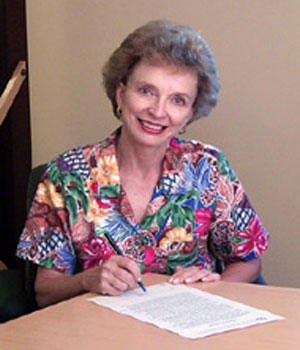 My parents Sylvia and Harry Silverberg came to this country from Poland and Russia in 1929. My father started life in Winnipeg working on a bread wagon, later owning a small grocery store in St. Boniface.

The "goldene medinah" was good to the Silverberg family: Harry, Sylvia, Nora and Evelyn (Rady). My father prospered and throughout my formative years I saw by example - through my parents - that helping my fellow Jews who were less fortunate, was the engine that drove them.

No one was turned away from our door empty handed. There was often a visiting Rabbi at our dinner table who had come to see my father about donating funds to his Yeshiva or synagogue. Conversation around the table usually centered around the building of a new synagogue (Rosh Pina), the necessity for funds for a new YMHA - and the Jewish National Fund blue box was always visible. My sister Evelyn and I grew up with the philosophy of Tzedekah pulsing through our veins.

I grew up during the time of the Holocaust. Both my parents lost their sisters, brothers and their parents in that horror. They were determined to do everything in their power to make sure that this could never happen again.

I was a teenager during the creation of the State of Israel. This event also impacted on my parents. There were meetings and teas at our home on Cathedral Avenue for causes like State of Israel Bonds and the Hebrew University. My parents recognized the importance of a strong Israel.

One learns from example. What I saw growing up in my family was the importance of yiddishkeit, mentshlechkeit and tzedekah. My father always endeavoured to give something back to the city/country that was so good to him. Giving something back was always an important credo for me as well. Being Jewish entailed certain responsibilities and coming from my family I felt an obligation to serve my community thereby working on behalf of a number of organizations, e.g. the Winnipeg Jewish Community Council, Combined Jewish Appeal and the Jewish National Fund. My husband Dave and I and our children were left with a very precious legacy. We hope that our children will carry on the tradition of giving back as we have in our lifetime.