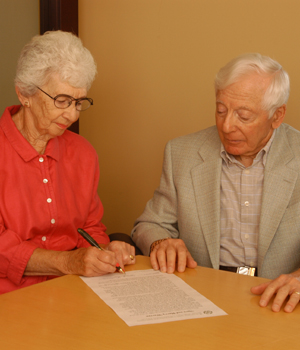 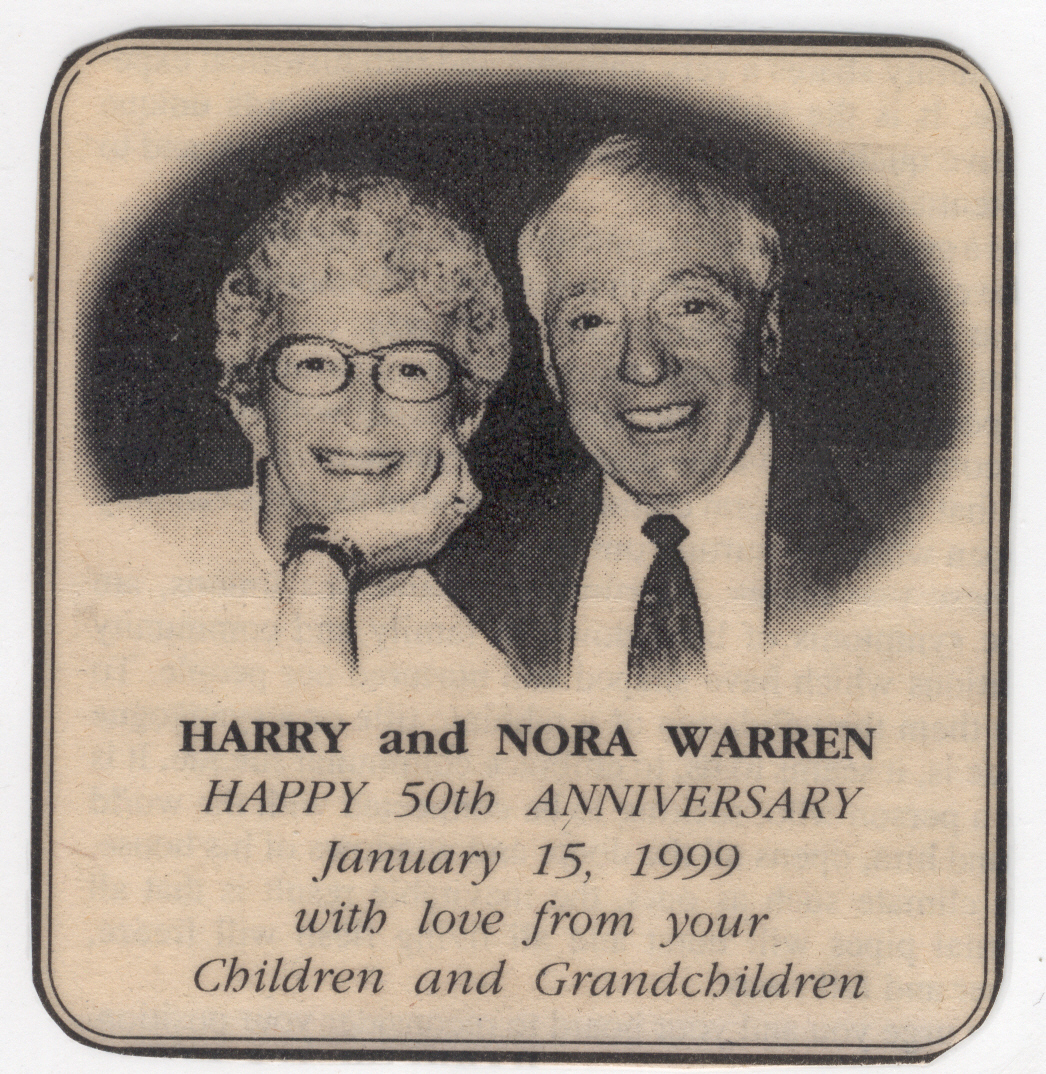 Harry and Nora celebrated their 50th wedding anniversary on January 15, 1999

Harry Warren was born in Winnipeg on November 16, 1924, the son of Russian immigrants. Together with 3 brothers and 1 sister, he grew up on Cathedral Avenue and has early memories of walking to the old Talmud Torah with his Dad on High Holidays. He attended Luxton School and St. John's Technical High School, but his social life revolved around the "old Y" on Albert Street where he especially enjoyed playing indoor hockey. After high school, Harry attended the University of Manitoba where he graduated as a civil engineer. He later switched careers and became a life insurance and annuity broker, the same career his father had chosen. "My Dad had the greatest influence on my life," Harry says, "he taught me to always try to do my best, to accept all of life's challenges, and the importance of tzedakah!"

On January 15, 1949 Harry married Nora Bain in Montreal, Quebec and in May 1950 they moved to Winnipeg, just in time for the "Great Flood".

Nora was raised in Quebec City and attended Victoria School and Quebec High School. Her home on D'Aiguillon Street was part of a small Jewish community. Her father, Rubin, who had immigrated from the Ukraine circa 1891 owned a coffee shop, a restaurant and later a variety store — "he had an inquisitive mind," says Nora, "and he loved his family!" Her mother, Becky, was born in Sherbrooke Quebec and was a graduate in Home Economics from MacDonald University in Montreal. She was involved in the Jewish community with National Council and Hadassah, a value that was instilled in Nora ... she has served as President of a Pioneer Women Chapter and has also been involved with Winnipeg Women's O.R.T.

The Warrens are proud of their community and their Jewish heritage: "Our wish is for the Jewish Community of Winnipeg to grow and to thrive — and that our children and grandchildren will enjoy our heritage."