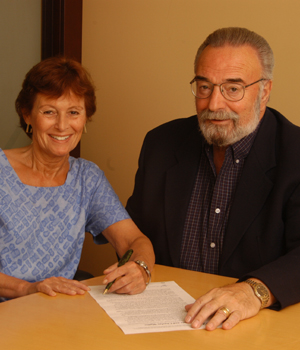 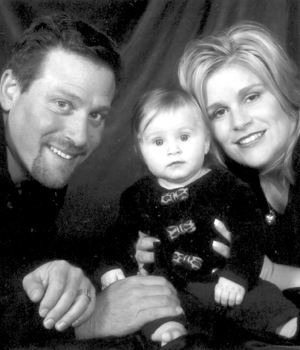 Greg and Wendy with Chelsea 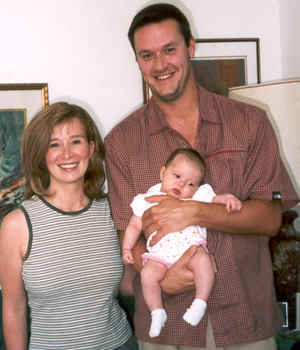 Carey and Adam with Samantha 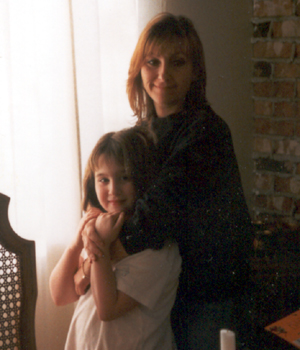 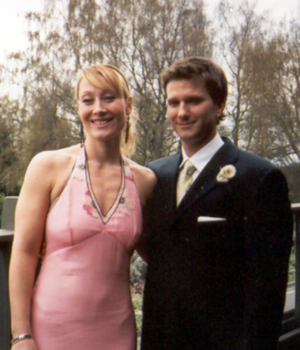 "Life in Winnipeg has been good to us both, and we want our family remembered and to give back to our community".

I was born in Thunder Bay, Ontario, one of four Rubin children: Max, Dorothy, Lorraine and Charles. My sister Lorraine died in infancy. My parents, Samuel and Yetta (Dodyk) arrived in Canada from Korolowka, Poland. My father earned the family living in the cattle business. I remember my father as being outgoing and modern, while my mother was the silent authority in our home. Living in a community of about 200 Jewish families, I always had a sense of my Judaism, from the way my home was run to the after-school Hebrew Lessons — five days a week, to my involvement in Young Judea. Although I attended public school and interacted with both the Jewish and general community, I never lost sight of my Jewish identity.

With my parents' encouragement and on the advice of our community lawyer, Paul Schaeffer's father, I decided to attend the University of Manitoba. Living in residence, I was involved in a variety of athletic programs, playing football for the Winnipeg Rods and becoming the first Jewish "Stick" in Arts. Upon graduation I enrolled in law school, attending classes in the morning, articling in the afternoon at McLean & McLean. I was called to the Bar in 1958 by Justice Samuel Freedman, who spoke to my parents in Yiddish to personalize the procedure.

It was during my stay at McLean & McLean that I began my adult volunteer career focusing on the Kinsman Club and the Crippled Children & Adults Society. These positive experiences led to more volunteer experiences later on in life (Past President Shaarey Zedek Synagogue, Chairman of the Addictions Foundation of Manitoba). While I was a lawyer (Donna) Naida Fingard came to work as my secretary - later to become my wife.

Naida and her brother Donald were the children of Ben (Tubby) and Aida (Fishman) Fingard. We married and raised four children: Benee, Gregory, Laurie and Adam. We are the proud grandparents of six grand-daughters, Brynne, Chelsea, Samantha, Jenna Sydney and Robin and one grand-son Jeremy. Naida's volunteer work began as one of the founding members of the Irene Samuel Branch of National Council of Jewish Women, a lengthy time as a volunteer at The Knowles School for Boys, many years experience at various PTA's, culminating as President of the Shaarey Zedek Sisterhood.

In 1975, after declining three requests from the Provincial Government, I accepted a position on the Provincial Bench, which although decreasing our family income, provided me with additional flexibility so that Naida and I could be the parents that we wanted to be - "involved".

At age 42, Naida returned to the work force, accepting a full-time position at the Winnipeg Jewish Community Council. Through many years of service to the community Naida became Women's Campaign Director for Combined Jewish Appeal. In 1995 Naida accepted a position as Vice President of Development at The Sharon Home, a position she held for eight years, retiring in November 2002.

Both Naida and I have strong feelings for the Winnipeg Jewish community and continue to believe our community remains strong, despite exporting our children. The Asper Campus has positively assisted in cementing this community and the Rubin family is proud to add to the city's history and help provide for its future.