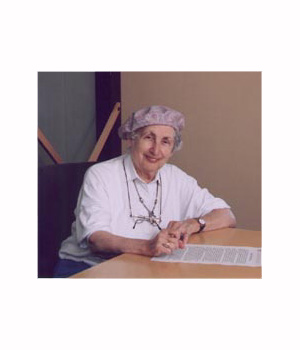 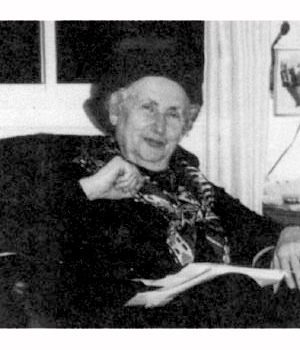 I was born March 14, 1925 at the Grace Hospital in Winnipeg, Manitoba to Jacob and Jennie Parks. I lived my formative years in Transcona, Manitoba. I attended elementary school at the Central School in Transcona, Aberdeen Junior High School, St. John's High School and Success Business College in Winnipeg. I married Nathan Hawthorne Micay on February 8, 1948. Nathan was born with a visual handicap, however, in spite of his visual deficiency he had a natural proficient aptitude for business. With required and willing assistants, he founded Athlete's Wear Co. Ltd. in Winnipeg in the early 1950's. I was a willing helper to the best of my ability. We had three sons.

Jack (Jacob), our first son, was born January 2, 1949. He and his wife Susan (nee Baskin) live in Toronto, Ontario. Jack is a medical doctor. Susan is a music teacher. They have three children — Nathan, Rachel and Jonathon.

Ira (Isaac), our third son, was born September 25, 1954. Ira and his wife Jan (nee Harvey) live in Winnipeg. Their family are Jayme, Kristie, Morgan and Kelsey. Ira took over his father's position as owner and President of Athlete's Wear Co. Ltd. in Winnipeg.

My maternal grandparents, Hyman and Sophie Warshawsky, migrated from London, England with a family of five sons and three daughters. They settled on a homestead in Bender Hamlet, Manitoba early in the 20th century.

My paternal grandparents and my father were born in Russia. They had three sons and two daughters. They also immigrated to Canada early in the 20th century.

Sidney Parks, my only sibling, was born in Winnipeg. He married his wife Vita (nee Resnick) in Winnipeg and they have three children Louis, Paula, and Sheldon. Sidney died in June of 1998.

May all our predecessors rest in peace. May G-d bless all our survivors and may they be well always and show an active concern for the wellbeing of those within our community.