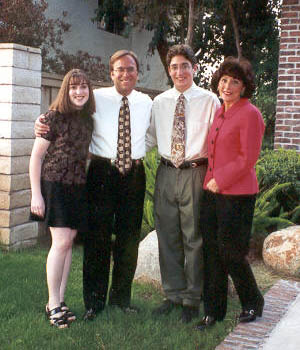 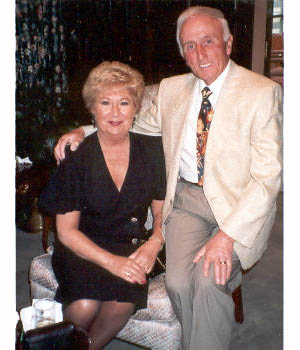 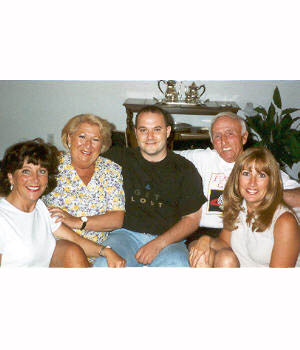 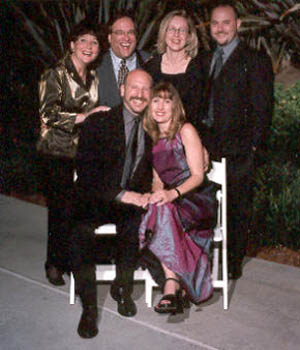 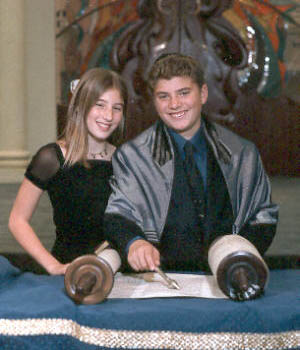 The sun never sets on the British Empire as long as British born individuals continue to immigrate to all parts of the world. Emmanuel (Motty) and Sybil (Lewis) Rosenberg were born in Liverpool, married after World War II and set off to live in Winnipeg where Motty's family had relatives, Saul and Nathan Katz.

Motty was one of four sons, Asher (Sybil), Abe and Ben and two daughters Sadie (Bracey) and Doreen (Madick) born to Louis and Anne Rosenberg. Motty remembers his father as a tall, handsome cabinet-maker who died at thirty-eight years of a heart attack. Motty speaks proudly of his father's involvement with the Royal Fusiliers of the British Army. This was the division that captured Palestine from the Turks during World War I. Left with a house full of young children Anne opened a general clothing store in Liverpool where she worked very hard in order to provide for her children. As they grew up and moved to Canada, Anne eventually made the decision and moved to Winnipeg with the rest of her children except one married daughter, Sadie who remained in England.

When reflecting upon his youth in Liverpool, Motty felt very Jewish. He attended Hebrew School, had a Bar Mitzvah and was a member of the Jewish Lads Brigade. Motty remembers when the Israeli underground that was trying to remove the British from Palestine killed a number of British sergeants. People in Liverpool rioted against Jewish shopkeepers so that the local police and fire departments were called upon to quell the unrest. When the war started Motty was part of the Home Guard, eventually entering the armed forces in 1943 and spent two and a half years in India. While in the forces he continued his training as an electrician and when he left the army he started to earn his living as an electrician.

It was at this time in 1949 that Motty met Sybil Lewis, got married in October and left for Winnipeg in November. Sybil was one of 13 children born to an orthodox tailor, David Lewis (Dovid Leib) who arrived in England from Russia and married Hannah Fagin. Sybil recalls her anguish and concern when she decided to move to Winnipeg shortly after her marriage. In her own words she confirms that as a youngster she grew up in a Jewish environment and felt that Motty would be a good husband and therefore she was not worried about how they would exist.

Five days on the "Empress of Canada" to Montreal followed by two more days to Winnipeg, brought this newly married couple to a location where at that time Sybil was very homesick. They first lived at the North Panama Apartment, then to Machray and Salter and eventually to Diplomat Drive. The Rosenbergs have three children Linda (Michael Goorvich), Heather (late Kerry Kluner), and Laurence (Terri-Lynn). All of their children live away from Winnipeg, Linda in Chicago, Heather in San Diego, and Laurence in Domain Manitoba.

Motty recalls his working career in Winnipeg first starting with Hudson Bay Mining & Smelting in Flin Flon and eventually striking out in a business partnership, British/Canadian Electric where he was active the rest of his working career. Now retired Motty enjoys golf at Glendale and each winter they have been able to go south. In terms of community involvement Motty was a Master of William Douglas Masonic Lodge and they are active members of the Rosh Pina Synagogue. Sybil speaks of her involvement with ORT, Meals on Wheels and the Hebrew Fraternal Lodge with fondness as they all provided an additional sense of purpose in her life. Both Motty and Sybil hope that they will be remembered as decent and honest people. A good name is an important asset.