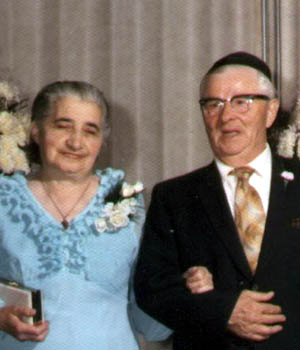 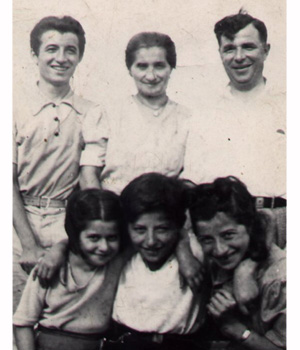 My parents Edith and Abram Chapnick came to Canada from Poland in 1930 with three children. My younger sister was born in Winnipeg. The family lived on both Dufferin and Jarvis Avenues in Winnipeg's North End. In total there are four children in my family. Myself, my brother Al and sister Sarah live in Winnipeg, while my sister Annie lives in Toronto.

I attended both Aberdeen School and St. John's Tech. where I was active in the Y.M.H.A. Upon graduating, I joined the Royal Canadian Air Force and whenever I travelled to a new community I searched out the Jewish community, a practice that I continue today with my wife, Thelma. In 1944, while still in the RCAF, I returned to Winnipeg to marry Thelma Chudnowsky, who joined me in my travels while in the service. Upon being discharged I worked for a variety of companies during the day while studying at night to complete a course in accounting.

Regarding family, Thelma and I have two children, Sidney and Sharon, who both still reside in Winnipeg. They have provided us with five grandchildren and one great-granddaughter. Besides family, Thelma and I enjoy movie and video making. Today we have made many videos of Jewish functions, while Thelma has over 100 photo albums, many with award-winning photographs. In spite of being 75, I have embraced the computer age and spend a few hours each day on the Internet searching out information on Israel and other Jewish sites of interest.My wish for the future is that the Winnipeg Jewish population will grow and increase in numbers to twenty thousand or more, like it used to be. I also hope that my children and grandchildren will carry on the Jewish faith and traditions. I have always felt a strong bond to the State of Israel. My thoughts and concerns have been with the Jewish homeland since the day it was born. In fact, Thelma and I have over fifty hours of video of our travels to Israel. If I were younger I would make aliya.