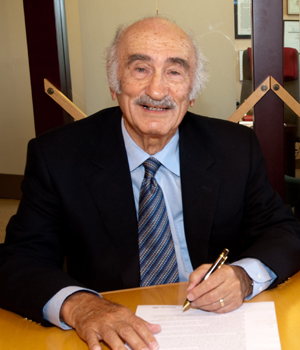 Morley Blankstein signs his story for the Endowment Book of Life 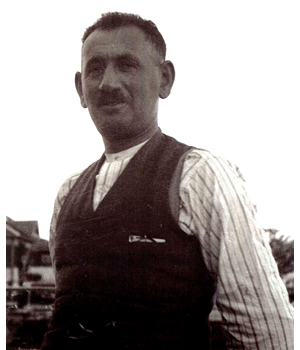 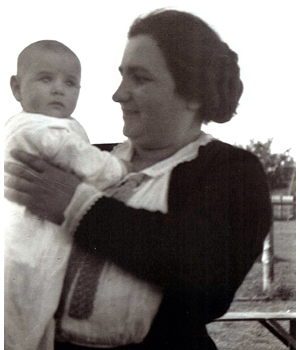 Morley with his mother, Lena Blankstein, circa 1924 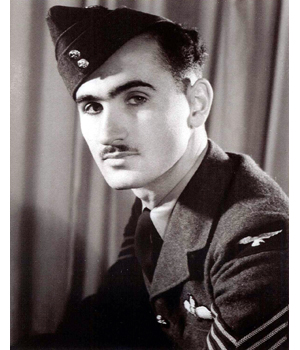 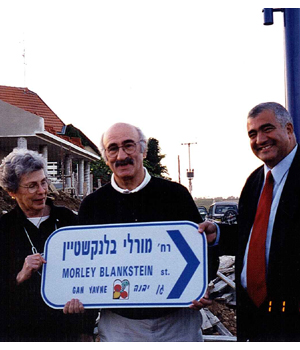 Morley Blankstein was born in Winnipeg, Manitoba on March 30, 1924, the son of Max Zev and Lena (Laika Goldin) Blankstein. Both Max and Lena were born in Odessa; Max in 1877 and Lena in 1892. Max came to Canada in 1904. His first wife, Esther Goldin, and two children, Vera and Wolfe, followed shortly after. Esther passed away in 1906. Max then married Esther's sister Lena in 1907. They had five children together — Cecil, Eva (Dolgin), Evelyn, Fred and Morley. Lena tended their home while Max supported the family with a successful career as a prominent architect. Both were actively involved in many Jewish and Zionist organizations.

Max was Western Canada's, and possibly Canada's, first Jewish architect. He was a member of the Royal Architectural Institute of Canada and designed (amongst many) the Uptown Theatre on Academy Road and the Zimmerman Building at 669 Main Street. He had his office in the family home and Morley fondly remembers occasional opportunities to visit construction sites with his father.

Morley attended Champlain, Machray, and St. John's Tech High School. He took pre-architecture courses at the University of Manitoba from 1941-42, and then joined the Royal Canadian Air Force. He trained as a pilot and was placed on the RCAF reserve in 1945. He returned to the University of Manitoba and graduated with a Bachelor of Architecture in 1949. For two years, he did post graduate studies in Chicago at the Illinois Institute of Technology. He studied with Ludwig Mies Van der Rohe in Architecture and Ludwig Hilberseimer in Regional Planning, receiving a Master of Science in Architecture in 1952. The training, mentorship and experience he received in Chicago significantly influenced his philosophy of architecture and shaped his professional career.

Returning to Winnipeg, Morley rejoined Green Blankstein Russell as an Associate and senior designer. He was responsible, among other projects, for the design of their office at 222 Osborne St. N., and Winnipeg's new General Post Office. Morley, along with Isadore Coop, designed the firm's entry for the National Art Gallery competition in Ottawa. The entry resulted in First Prize.

In 1955, Morley started his own practice and the firm eventually became known as "Number Ten Architectural Group." The firm won numerous design awards including First Prize for the Mendel Art Gallery and Conservatory in Saskatoon, Second Award in the Alcan Architectural Competition and Honourable Mention for the Queen Elizabeth Theatre in Vancouver. In 1962 they won a National Design Award from The Canadian Housing Design Council.

Some of the major projects with which Morley was involved as partner-in-charge of design and production include: The Zambia Institute of Technology in Kitwe, Zambia; the City of Winnipeg Transit Garage, Office & Maintenance Complex; Lions Manor Senior Citizen Residence Complex; Air Canada Maintenance Hangars and Stores; Sharon Home of Winnipeg; Peguis Pavilion in Kildonan Park; Pilot Training Building for the Canadian Forces Base in Portage-la-Prairie, and renovations and additions to the St. Amant Centre.

Morley currently serves on the Board of Governors of the Jewish Foundation of Manitoba, the Rose & Max Rady Jewish Community Centre, Technion - Israel Institute of Technology, and The Sharon Home. He is a member of the Advisory Board of the Manitoba Theatre Centre.