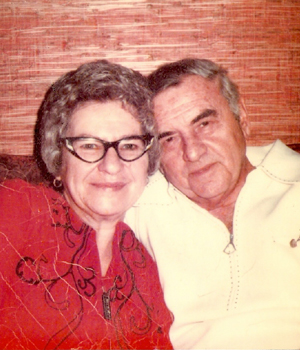 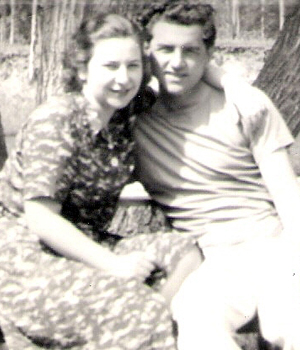 Oretzki's Department Store on Selkirk Avenue was the place where Monica Oretzki and Aaron Dozar met and fell in love.

Aaron was born in Nikolaev, Russia in 1911 and came to Winnipeg when he was two years old. His father Chaim had arrived in Canada two years earlier and paved the way for his wife Fruma and their children to join him. Chaim was a furrier and tailor and worked long hours to support his family.

Monica was born in Winnipeg in 1919 to Dora and H.I. Oretzki. The family was well established in the north end of the city and built Oretzki's Department Store that was, for most of the first part of the 20th century, the place in Winnipeg to work and shop.

Aaron met Monica when he began working in the shoe department of the store in his early twenties. They married August 2, 1939 and over the course of the next decade had three daughters, Faigie, Penny (Marvin Kohn) and Marsha.

Both Aaron and Monica were deeply rooted in the Jewish community throughout their lives. Aaron was an athlete, involved in the Sporting Judeans, the YMHA and the Glendale Country Club. Monica played bridge, actively participated in her Hadassah Chapter and happily raised her family on Glenwood Crescent and then Queenston Street. The Dozars became members of the Rosh Pina Synagogue and then after moving south, the Shaarey Zedek Synagogue.

Aaron and Monica dearly loved each other, and were devoted and loyal to their family and their friends. They lived their lives together in tender harmony.

Monica died too soon at the age of 56 (in 1975). She had been ill for several years prior to her passing and there was no one more devoted to her throughout her life and in her final days, than Aaron.

Aaron was blessed to marry Lilly Mozersky creating a second loving family for him and his daughters. His marriage to Lilly was a testament to the success and love in his first marriage. He died peacefully in June of 1988 at the age of 77.

"They live in our hearts, stories, and memories forever". Signed by Marsha Dozar, Faigie Greaves and Penny Kohn