Mollie and Jack Secter By Their Children 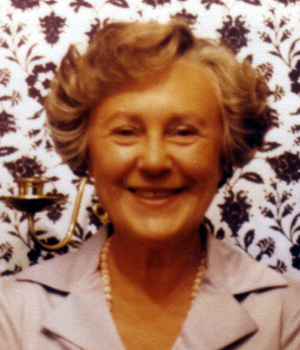 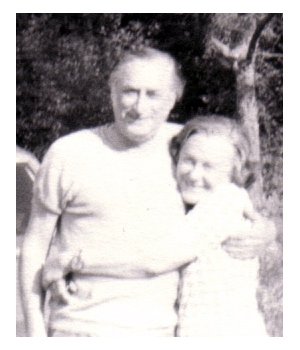 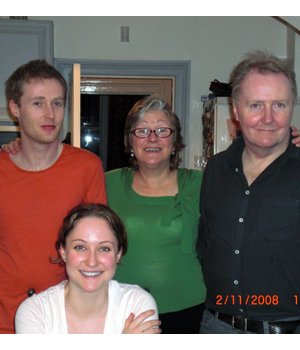 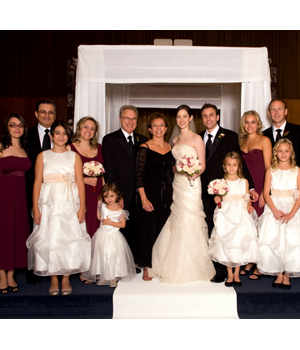 Lloyd and Marcy Secter and Family 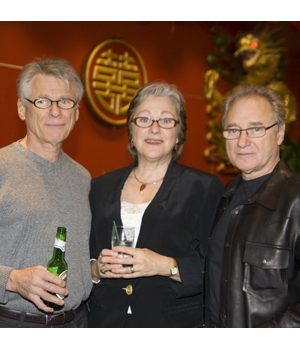 How can we describe our parents, Mollie and Jack Secter? Individually, they were strong, independent, dynamic and brilliant. Together, they were... magic!

Mollie was born in Winnipeg on December 2, 1913 to Frank and Sarah (Knelman) Ratner. Frank worked as a cattle and grain dealer, and as a Kosher butcher to support his family which later also included Bessie (Whiteman), Sophie (Jacob), Harry, Doris (Sachs) and Minnie (Karlinsky). The family lived for a time in Norquay, Saskatchewan and eventually settled in Winnipeg.

Jack was born in Winnipeg on July 29, 1910 to David and Lillian (Krawitz) Secter. David had a general store and later became partners with Joseph Wolinsky in Dominion Electric. The family, which included Jack's three younger sisters Guay, Riva and Bessie, lived on Glenwood Crescent in Elmwood. David was an ardent Zionist and he was the inaugural Jewish National Fund Negev Dinner honouree on May 27, 1953.

As a young man, Jack became interested in sports through activities at the YMHA. He excelled particularly in track and field and won several provincial championships while in high school. He ran 440 yard relays and the 100 yard dash - with a reported best time of 9.8 seconds! He won Silver in the 1931 Canadian Outdoor Championships in the triple jump, and double Gold at the 1933 championships in triple and long jump. All told, while in his 20's he won 9 Gold, 6 Silver and 3 Bronze in track and field. He would have been an alternate on the Canadian Olympic Team in 1936, but did not attend as the Olympics were being held in Germany where Jews were considered "undesirables". Following the Second World War, Jack became a Dominion marksman and won a small bore provincial championship. He competed in this sport for many years.

Mollie and Jack were married in 1936 and Mollie soon became known as the "hostess with the mostest". Pretty and poised, she loved to set a beautiful table and to make a welcoming home. The artistry in the presentation and the creativity and taste of her cooking are legendary. There was always an extra place at her table and never an invitation refused.

Although he had studied engineering in university, Jack spent most of his career as a lighting expert with Dominion Electric. His interests, though, were many and varied. He was a scout master who, for over 25 years, led young men in developing character, good citizenship, a love of the outdoors and physical fitness. He was a Grand Master of the Masonic Lodge. He loved to read and he studied the Torah and the Mishnah. With a love for discussion and debate, he welcomed opportunities to interact with people of other faiths.

The Secter home was at 166 McAdam Avenue, east of Main Street. Mollie and Jack and their children Lloyd, Norman and Lily Ann, were a vital and active part of the close-knit neighbourhood. Their home was the centre for family events and the hub of activity for friends and neighbours. Both Mollie and Jack made friends easily and exuded a spirit of fun, warmth and affection.

Jack and Mollie were involved in their synagogue and in the Jewish community. Jack was instrumental in the establishment of the Rosh Pina Synagogue and Mollie in its' Sisterhood. Jack served on the Board of the Synagogue for many years, and Mollie was active with the Lillian Chapter of Hadassah.

Our father was a beautiful man... reliable, steady, spiritual, wise. He passed away far too soon, on August 9, 1978.

Our mother was a remarkable woman... glamorous, loyal, independent and with a strength of will that sustained her through the loss of her brother Harry during the war, and through the untimely death of Jack, the love of her life. She continued to be fiercely independent and a wonderful host to friends and family until her health failed. She passed away on March 25, 2005.

Mollie and Jack Secter left an amazing legacy — their family. We are: