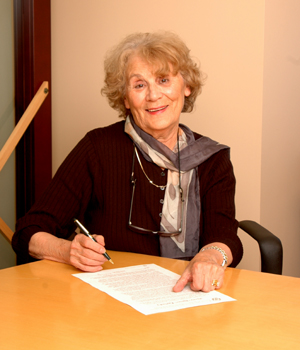 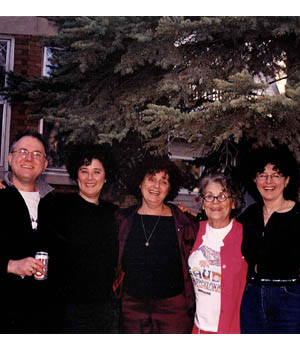 Minnie with her 4 children L to R Harry, Amy, Karen and Ellen 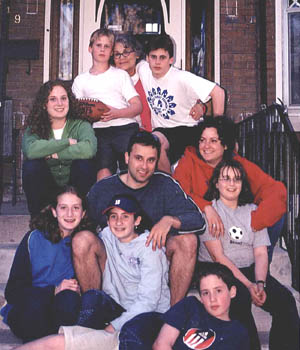 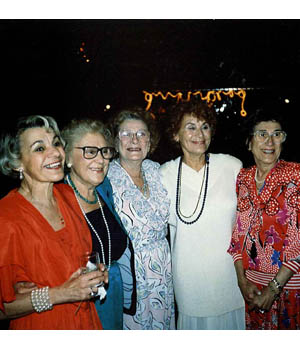 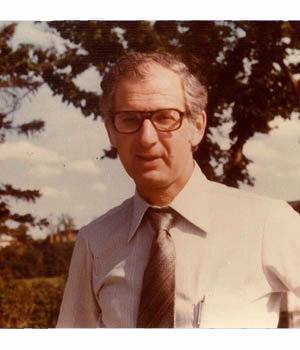 Minnie Karlinsky's good naturedness, sense of humour, openness and friendliness have served her well in life. An admitted 'people lover', Minnie is a devoted sister, mother, grandmother, aunt and friend, who enjoys cooking and loves painting, while cherishing childhood friendships she has had for more than 70 years.

Minnie was born in Norquay, Saskatchewan, in 1923, the youngest of six children. Her father, Frank Ratner, ran a store there with his brother, Sam, and also worked as a cattle dealer. In 1926, Frank moved his family to Winnipeg, where both he and his wife, Sarah (Knelman), had family.

Minnie remembers a good childhood growing up in the city's north end, first at 396 Mountain Avenue, and then on St. John's Avenue. Her father was a kind and adventurous man with a great sense of humour, while her mother was a warm and loving woman who looked after her home and children, and was involved with Hadassah and other charitable organizations. Minnie was close to her older sisters - Molly Secter, Bessie Whiteman, Sophie Jacob and Doris Sachs — and she recalls how devastated her parents were when her brother, Harry, was killed in a motorcycle accident overseas at the end of his World War II tour of duty, a great loss to the family.

Minnie attended Machray School and St. John's where she enjoyed sports and social activities. Following high school, she took a six week course at the Normal School to qualify as a teacher, then spent one year in the country teaching grades one to nine in a one room school house. She then moved back to Winnipeg where she began working for Charlie Rusen in his dental office. At the age of 53 she went back to the University of Manitoba where she continued her studies at the School of Art.

Minnie met her husband-to-be, Will Karlinsky, at an Eagles Picnic when she was 16. They dated on and off for eight years, before marrying in 1947. During their first years of marriage, Will completed his medical studies. They lived in an upstairs apartment in a home on Inkster Boulevard, paying $14 a month in rent and washing their dishes in the bathtub. Will was the gold medalist for the highest average in medicine in the total course during his four years of study. They moved to Emerson, where their two oldest daughters, Karen and Ellen, were born, and then to Rochester, Minnesota and to Winnipeg. In 1967, Will received a Centennial Medal for remaining in Emerson during the 1950 flood.

The family moved back to Winnipeg during the polio epidemic so that Will could begin working at the Princess Elizabeth Hospital. Their son, Harry, and their youngest daughter, Amy, were born shortly after they moved back. While Will was completely devoted to his patients and his profession, Minnie stayed at home and raised their children, imparting to them the importance of being tolerant of others and treating everyone equally. Like her mother, Minnie was active in Hadassah and became a life member. She also was active in ORT and the Rosh Pina Synagogue where she was the chairperson of the Purim Ball for a number of years. When Will had to quit work due to illness before he was 60, Minnie began caring for him at home for the next 12 years. He was in the Sharon Home for four years. He passed away in 2001.

Although Will discouraged his daughters from becoming doctors, he did support Harry's decision to become one. Harry is a psychiatrist living in Vancouver. Daughter Karen, a librarian, also lives in Vancouver. Ellen, a guidance counselor, and Amy, an art historian, live in Winnipeg. Minnie hopes that all nine of her grandchildren - Daniel and Sarah Corrin, Aaron and Jonathan Challis, Franny, April and Elizabeth Karlinsky and Saul and Anna Magnusson - find proper balance in their adult lives, rewarding careers that will leave them sufficient time to enjoy their families.

While Minnie believes that the Jewish community has a lot to offer its members, her Judaism is manifested in her devotion to family and tradition. While she is a member of the Rady Centre, she spends much of her time now visiting her children, grandchildren, friends and family, and reading, cooking and painting, a lifelong hobby that she continues to find fulfilling.