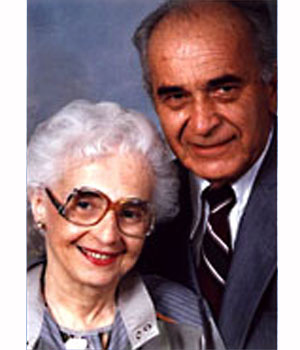 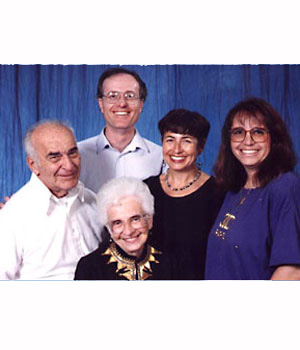 Honesty and respect were the two qualities of life that my parents bequeathed to me. My parents, Abraham and Sarah (Fishkin) Silver were hard-working people, and ran a grocery store on Herbert Ave. in Elmwood for 15 years, closing it in the latter part of the Depression of the '30's. My father then worked for the Bell Bottling Co. (the originators of the big bottle cola drink, Wynola) for several years until his death in 1960. He came to Winnipeg from Ashley, North Dakota where his parents, Nechemiah and Tema (Rachlis) Smehoff and their 5 sons farmed for several years.

The family had originally come from Propoisk, Russia, leaving the eldest son behind. My father came to Winnipeg to visit his Propoisk friends, met my mother, and got married in Ashley, N.D. in 1913 where they lived on the farm for 5 years. My mother, Sarah Fishkin, came at the age of 20 years from Gomel, Russia, to visit her sister Henrariche Salter who had been living in Winnipeg for several years.

My mother had left her parents, Meyer and Golda Fishkin and brothers and never saw them again. In order to give my older sisters Bertha (Feldman) and Bella (Brod) a Jewish education they moved back to Winnipeg where they had the rest of their family - Doris (Bronstein), Morris and me.

Although living in Elmwood, my parents brought a "melamud" (teacher) from the north-end of Winnipeg to teach us Hebrew along with the other few Jewish families in the neighbourhood. For my secular education I attended Elmwood Elementary and Lord Selkirk Jr. High schools, graduating from St. John's High School. I worked at Gunn Garment and Hercules Mfg. Co. until I joined the Armed Forces in 1941. I spent the next 4 1/2 years in England, North Africa, Italy and Belgium and was discharged from Brockville, Ontario in October, 1945.

I had met my future wife, Roslyn Weisman, eight years before and had kept up a correspondence with her during the war. We were married in December, 1945 and had three wonderful children - Vivian, Rochelle, and Neil. We now have 8 grandchildren.

Upon discharge from the Army, I attended the University of Manitoba graduating in 1949 with a Commerce Degree and for the next 34 years worked for the City of Winnipeg as a Property and Business Tax Assessor, retiring as a Principal Assessor.

My parents saw to it that, despite living in Elmwood, I had a sound Jewish home, attending the Junior Congregation at the Talmud Torah every Shabbat, joining a Jewish boys' club, the Dukes, and later Young Judea. After the war, I was a member of the Brandeis Mens Zionist Lodge for 45 years, and held the position of President for a term.