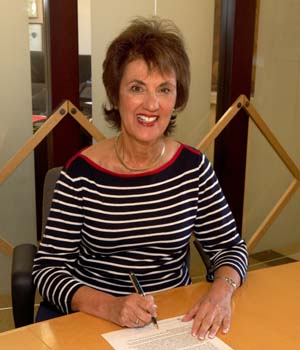 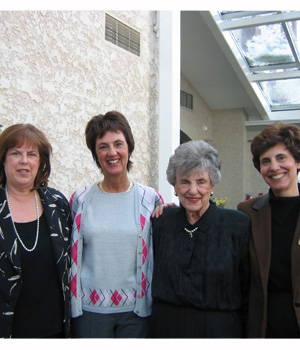 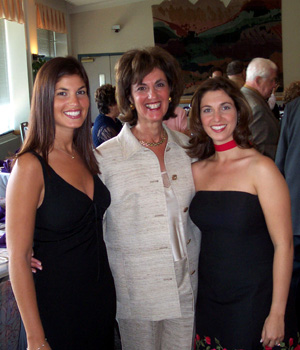 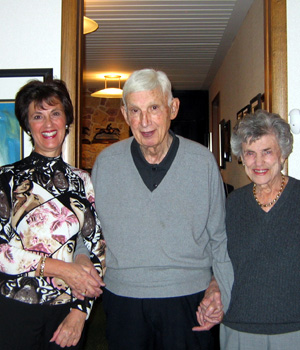 Merrill with her parents, Manuel and Lillian Silverman 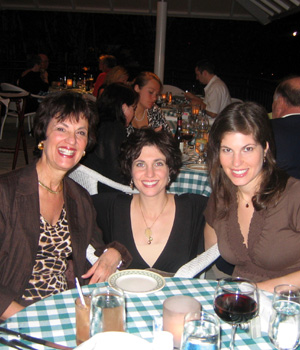 Merrill Shwaid generously credits her commitment to the community, her positive outlook on life, and her general enthusiasm and strength to her parents and the way in which she was raised. She continues to enjoy a very close and loving relationship with them, and is proud to report that they have been happily married for more than 60 years.

Manuel Silverman and Lillian Mittleman were both born in Winnipeg. Manuel's mother, Esther, had immigrated to Canada from the United States, and his father, Isadore, had come from Lithuania. Lillian's parents, Harry and Sarah Mittleman, were emigrants from Poland.

Manuel joined the family business, Silverman's Jewelers, as a young man, shortly after his discharge from the Air Force. The business enjoyed great success and a fine reputation throughout the city. Following the sale of the business in 1972, Manuel, too young to retire, went into the wholesale jewelry and diamond business with his son-in-law. He enjoyed success in this as well, before finally retiring and taking up stone sculpture. While Lillian sometimes helped out in the store, she mainly stayed at home caring for her three daughters, Karen (Narvey), Merrill and Susan (Mintz). She also was active with National Council of Jewish Women. Manuel's main community involvement was with the Rosh Pina Synagogue Brotherhood.

Merrill enjoyed a very happy and secure childhood, growing up first on Roosevelt Drive in East Kildonan and then on Elm Street in River Heights, always surrounded by Jewish neighbours. She attended public school, graduating from Grant Park High, and received her Jewish education during after-four classes at the Rosh Pina Synagogue and at Herzlia. She was active in BBYO and the Y, and spent Winnipeg Beach summers, holidays and special occasions, surrounded by her grandparents, cousins and extended family.

Following high school, Merrill received her Bachelor of Arts at the University of Manitoba, and then her teaching certificate. After teaching elementary school for a year, she had the opportunity to go traveling with a close girlfriend. For two months they explored Europe. Their final destination was Israel, where Merrill participated in an Ulpan, attended a teacher's seminary, and met people from all over the world. For Merrill, this time away from home was a life altering experience.

Merrill returned to Winnipeg after the year overseas and began substitute teaching. Shortly afterwards, she found her true calling when she accepted a job as an educator at the Manitoba Museum of Man and Nature. Merrill loved working in this challenging and stimulating educational environment with other young, enthusiastic and creative staff. She spent seven fulfilling years there, educating students and teachers, and developing the highly successful volunteer docent program. Merrill married during this time and had her first daughter, Rhona. When she was expecting her second child, Aviva, she decided to leave her job at the museum and devoted herself to raising her daughters.

Three years later Merrill received an unexpected phone call from the executive director of Jewish Child and Family Service, asking if she would be interested in sharing the newly created position of volunteer coordinator. Merrill eagerly accepted, and 20 years later is still with the agency. After helping to increase the number of regular volunteers to over 200, Merrill is now the agency's half-time Community and Public Relations coordinator.

Merrill is as busy on her days off as she is on the days she works. Now single, she volunteers in community activities, participates in a book club, dabbles in art and Pilates, is learning to play golf, spends time with childhood friends, enjoys her freedom and loves to travel and entertain. She is very close to Rhona, a lawyer living in Minneapolis, and to Aviva, a financial analyst living in New York, and is proud that she provided them with a secure foundation and the confidence to realize whatever goals they set for themselves. They both feel connected to the Winnipeg Jewish community, to Israel and to Judaism.

Merrill is participating in the Endowment Book of Life for three main reasons. Through her work with Jewish Child and Family she has become aware of the many needs within the community and wants to leave a legacy that will help to strengthen families and children. She also hopes to serve as an example to others in the community, and, perhaps most importantly, she wants to serve as a role model for her daughters.