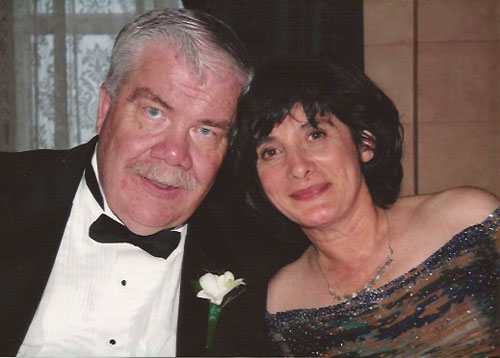 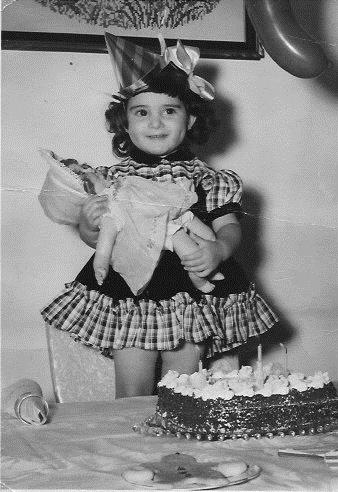 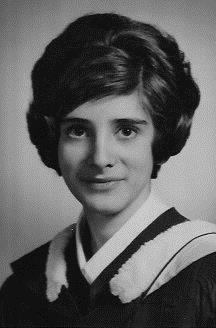 Cheryl Arnold was principled, hard-working, energetic, and, above all, passionate about family. Her passing in 2013 left an enormous void, but her legacy is rich and very much alive.

Cheryl was born in Winnipeg to Frank and Sarah-Leah (Sally) Fogel. Frank was born in Melville, Saskatchewan. His parents — Isaac and Minnie Fogel — came from Europe. Isaac owned a store in Melville and moved to Winnipeg to become a butcher. Sally was born in Bessarabia and came to Canada as a toddler. Her parents were Shlomo and Faige Dashefsky.

Frank and Sally settled in the North End where they raised three children: Cheryl, sister Rickie, and brother Murray. As the oldest, Cheryl lent a helping hand in raising the others. Frank was a travelling salesman, covering rural Manitoba. Cheryl lived for the days that he was at home, when he would spend quality time with her and her siblings.

Cheryl spent her whole childhood in the North End, except for one year when the family moved to Los Angeles. She was an avid reader — an early sign of her zest for learning. She attended Jefferson Junior High, Garden City Collegiate, and United College to pursue her dream of a medical career. Her path changed to Education when she married and planned to start a family, and she obtained her teaching certificate at the University of Manitoba.

She took great pride in her accomplishments as a teacher, and was especially motivated to instill a love of learning in her students, pushing them farther than they had ever been before. In her first teaching job in the Core Area, she worked diligently to bring kids up to and beyond their proper reading level. Wherever she taught, she supplemented the curricula with advanced topics for extra challenges.

Cheryl moved into a home in River Heights where she raised her first three children: Jeffrey, Melanie, and Candice. When her first marriage ended, she focused her attention and unlimited energy on giving her children the best quality of life she could as a single mother.

To support the family, Cheryl held down what felt like a million jobs, including running a home daycare, substitute teaching, working as a laboratory technician at the University of Manitoba, and especially writing. Applying her love of language, Cheryl wrote for many publications, including Fodor's, Winnipeg Magazine, the Winnipeg Free Press and the Winnipeg Sun. She was also editor of the Western Jewish News for several years.

Cheryl's children remember that she did not sleep very much back then; they also remember that she was always there to get dinner on the table or to look after them when they were not well. She never missed a school event or an opportunity to volunteer, and even found time to run after-school science clubs for her children and their friends.

Cheryl kept her children connected to their heritage. Thanks to the generosity of the Board of Jewish Education and B'nai Brith Camp, she was able to give them a Jewish education, and send them to Jewish summer camp. She was an ardent Zionist, stressing to them the importance of the State of Israel.

The example she set taught her children to value hard work, to think critically, and to support each other, qualities that have served them well as adults with their own families. Most of all, her strength, love, and conviction that her children should have a bright future created a loving and happy childhood for them. For this they are forever grateful.

Cheryl remained close to her parents. Around the time she married, Frank left the road to open Factory Clearance Store, and later, the Busy Bee Wool Shoppe. They were wonderful and supportive grandparents. When Frank and Sally settled in Calgary for about 20 years, Cheryl and the kids kept in constant touch, cherishing every phone call, letter and visit. After they moved back to Winnipeg in their later years, Cheryl was an attentive and caring daughter.

It was in the Winnipeg Free Press newsroom, as a freelance writer, where she met an editor named Gordon Arnold. She had walked in one day with an infant on her hip looking for writing assignments. Not only did she find work, she eventually found a partner in Gordon. They married, creating a beautiful blended family, and welcoming daughter Samantha a few years later. Their home became the social hub for their children, whose friends were always invited for good food and stimulating conversation.

In her new situation, Cheryl was able to focus on raising Samantha, taking jobs only when she wanted to, first as editor of the Whiteshell Echo, then as "Morah Channah" at Ohr HaTorah Day School, and Gray Academy. She also enjoyed coordinating school science fairs. Later she worked as an Administrative Assistant at the University of Manitoba. All along, she continued to support her family, fostering Samantha's interest in theatre; helping Candice move to Toronto and back; and editing scientific papers for Melanie being just a few examples of her many efforts.

Cheryl's favorite occupation was as a grandmother to Ellie, Lisa, Nate, Jacob and Ethan. She connected with all of them, near and far, every day. When they were babies, she helped with feeding, bathing and playing. They had more fun at Cheryl's house than anywhere else, with all the toys, computers, and the backyard playhouse that Gordon built and Cheryl decorated. Cheryl was always teaching them, creating opportunities to share the wonders of the world. They thrived with her influence, and she reveled in their accomplishments. Even in her failing health, she found the energy to give her grandchildren everything she had, and they remember their Baba with profound love and joy for all the time they were together.

This then is Cheryl's legacy: A vibrant, successful, happy and loving family, full of warm memories of her life with them. Her children honour her memory through the Endowment Book of Life. Her fund will help parents in need send their children to Gray Academy.