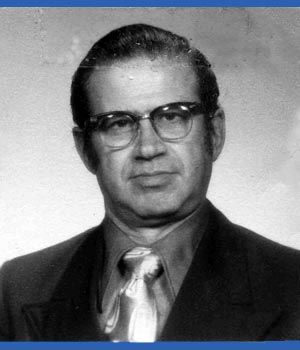 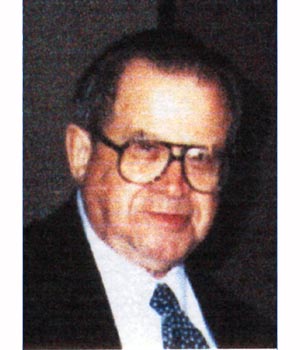 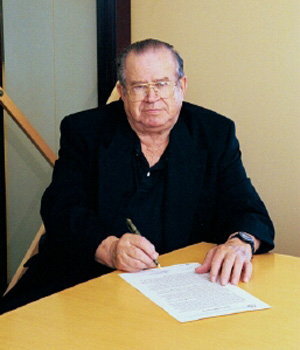 Mel's parents left the pogroms in Russia and separately made their way to Winnipeg where all of Mel's maternal relatives lived. Moishe Goldenberg arrived in 1909 to be followed in 1911 by his wife Sarah (Melamed) who walked 100 miles to the seaport of Danszig with, at that time, her four children to begin her voyage to reunite with her husband in Winnipeg. With his family safely in Winnipeg and settled on Jarvis Avenue, Moishe operated City Hay and Feed. Two more Goldenberg children were born in Winnipeg to be followed by the untimely death of Moishe in 1923 leaving Sarah with six children to raise. Being just an infant, Mel's memories of his father are limited. He does recall however how his mother first took over the operation of the feed business until 1929 when the family opened a Jarvis Avenue grocery store. Mel recalls his mother as being a hardworking gentle soul, who never had an enemy.

His childhood was typical of most immigrants. When reflecting on what it meant to him to be Jewish, Mel speaks matter of factly about going down the street to the Beis Yachov Synagogue every day of the week to daven.

The youngest of six children, five boys and one girl, Mel began his education at David Livingstone, speaking more Yiddish than English, and then on to Aberdeen and St. John's for the completion of his formal education. Mel feels that his school experience taught him the importance of getting an education which he believes he has passed on to his own children. Heather is a landscape architect who designed the garden at the Asper Jewish Community Campus, Murray has a Masters in Education while Perry has a Ph.D. in Immunology and a degree in Podiatry.

Mel's working life began at Monarch Wear for one year then he joined the Air Force for four years. After leaving the forces Mel took accounting courses and then spent the rest of his working career as either an accountant or office manager for a variety of Winnipeg companies from Manitoba Furniture to S. Stall and Son, Dayton's, and Peerless Garment.

Upon reflection, one's life is measured not by money but by the people who have added to and shared your experiences. Mel Goldenberg feels very fortunate as he has had two special women share his adult life. In 1944, still in the Air Force, Mel married Norma Kurnarsky and together they spent forty-nine years together and had three children until she passed away in 1993. Two of their children, Heather and Murray reside in Winnipeg while Perry makes his home in New Jersey. Mel feels extremely fortunate in being able to share this stage of his life with Dorothy (Altman) who he married in 1994 and now includes her children as part of his own family.

From a community perspective Mel is proud of his long-standing involvement with the Combined Jewish Appeal and his more recent volunteering with Jewish Child and Family Service, an organization for which he has a great deal of respect. He reflects fondly on his activity and Presidency with the Brandeis Lodge and all their work on behalf of Israel. In terms of the future of the Winnipeg Jewish Community, Mel is confident as he sees many younger community members becoming involved in the wide variety of organizations that define our community.