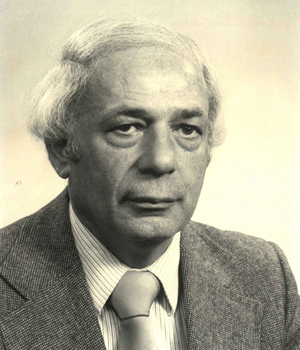 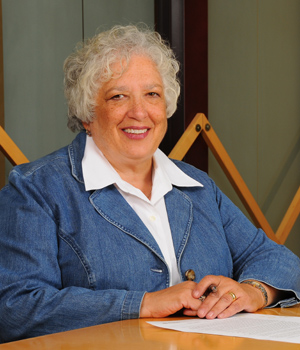 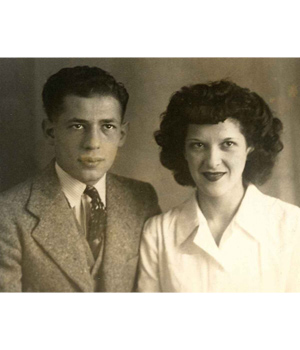 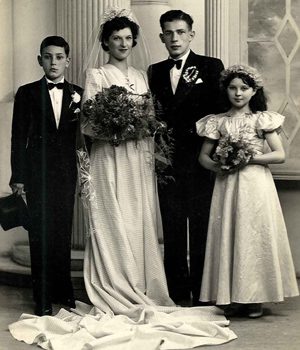 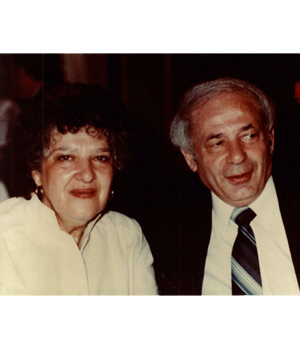 Max Manley Goldberg. To his friends he was "Chucker". To me he was Dad. He died too soon, on February 6, 1984. This is my opportunity to pay tribute to a man who was, above all, a mensch.

My father was born in Poland on February 3, 1924, the son of Morris (Moishe) and Chana Faiga Goldberg. Shortly after his birth, his father and two older siblings left for Canada to seek a better life while Max remained with his mother and younger siblings. In 1928, an arduous five month journey brought them to Winnipeg and the family's home on Austin Street. Morris was a grocer and though he worked hard, it was a struggle to support his family which included Max's brothers Samz"l, Charles, and Izzyz"l and sisters Lil, Yhetta, Bettyz"l and Hilda. He had his first store on Austin Street and later at 470 Selkirk Avenue.

Max attended Aberdeen School to Grade 11 and no doubt did well because he was a voracious reader. His greatest passion, though, was dancing. He belonged to a dance club that met above the Tasty Bread Bakery. Members paid dues of 10¢ a week and when enough had accumulated a new record would be bought and the dancing would continue! He also belonged to the Y on Albert Street and was active with Hebrew Sick and Brandeis Lodge.

When he was 17, Max joined the Canadian Army. It was World War II and he was posted to London, England. It was there that he met Renee Raphael and they were married on September 5, 1943 at a synagogue in London. In 1944 their son Frank was born and in 1945 Renee and Frank stayed behind while Max came back to Canada to make arrangements, and to save money, for their immigration. On July 8, 1946 they arrived in Winnipeg and family life could begin. They had three more children, Marilyn, Laurie, and Terriz"l.

As a teenager, Max had a job on weekends and after school at a knitting factory. He now went back to work in that industry and, although he had no higher education, he succeeded in business and became the General Manager and part owner of Knit Rite Mills. He was generous and caring to his employees. Even in business downturns, he would never lay anyone off. He was a trusted confidante; employees would come to him with their problems and it was a joy for him to help them. The job also gave him the opportunity to use his creativity and he designed many sweaters for Knit Rite.

He worked very hard and was able to provide a comfortable life for his wife and children and to give them opportunities he never had. He was especially gratified that each of his children graduated with a university degree.

Max took special delight in the friends his children brought home, and loved those who came into the family. Frank married Mercedes Polonsky, Marilyn married Norman Goldberg, and Terri married Jerry Sawyer. He did not live to meet Lesley Roitman, Laurie's wife, but he would have loved her! The times he loved the most were when children and grandchildren gathered for dinners and barbecues. He loved to entertain family and friends and was always the one who initiated gatherings of the extended family. This is when he would really shine! He loved to sing, and he really loved to tell jokes! In fact, "Chucker" was widely known for his wonderful sense of humour — people just waited for that twinkle in his eye!

Max loved his community and was a member of the Herzlia Synagogue and the Rosh Pina Synagogue. Among his favorite things to do was to go to the "schvitz" at the YMHA and enjoy the company of his many friends. He was a man who valued peace, tolerance and acceptance of others. He was consistently the peacemaker, both in business and in the family. This won him the admiration, respect and friendship of many people and to this day people remember him with fondness.

The greatest reward in my father's life was his grandchildren! How he loved them! He lived to see the eldest six and the next six would have been just as precious to him. They are Jason, Aviva, Daniel, Amanda, Carlie, Amy, Jennifer, Maxa, Matthew, Adam, Mikaela and Rachel. He would have taken great delight in his great-grandchildren too. Today they number three — Leeza, daughter of Jason Goldberg and Ada Lazaruk; Sadie, daughter of Carlie Goldberg and Junior Damianidis; and Sam, son of Aviva Goldberg and Greg Di Cresce.

It is for these future generations of our family that his story is documented here. May his love, his values, and his memory be for a blessing.