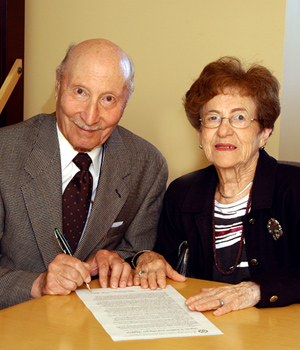 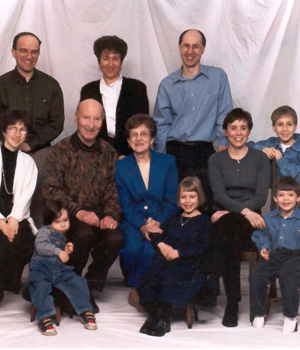 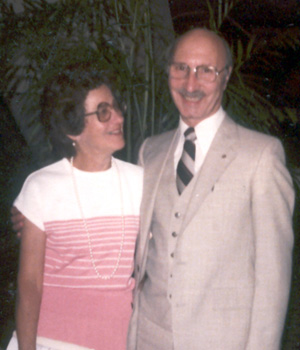 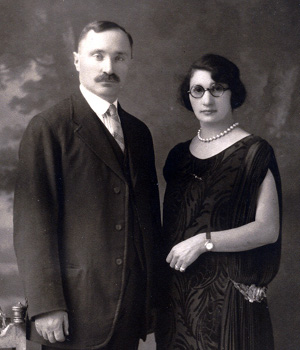 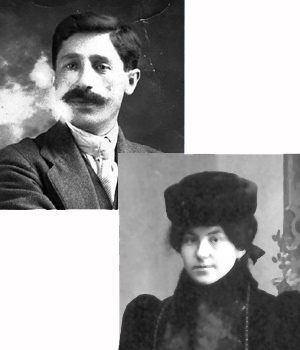 The move to Winnipeg was not a straight line for either Mayer Rabkin or his wife Mavis (Chaikin) Rabkin.

Mayer was the only son amongst three daughters, Bessie, Sarah & Stella that were born to Jacob & Henja (Anna Sucharov) Rabkin. Jacob along with his brother Max arrived in Canada from Rogachov Russia in 1908 and made their way from Northern Ontario to Riding Mountain, Manitoba. Using their broken English and their command of Ukrainian Jacob & Max opened a general store. With time their English improved and the brothers relocated to Portage la Prairie with its larger Jewish community and they began operating Rabkin General Store.

Mayer's mother arrived in Canada from Proposk, White Russia with a brother and two sisters. Marriage to Jacob offered her the opportunity to raise her family in Portage la Prairie in a very Jewish manner. Mayer remembers his parents as a couple who were very "straight" in how they viewed life...there was only a right way or a wrong way to live one's life and this was the philosophy that they instilled in their children.

Although Portage was small, it was possible to raise your family in a Jewish manner, Mayer remembers the Sunday community get-togethers in the synagogue as well as his Bar Mitzvah in the town. After graduating public school and four years in the Air Force, stationed on the West Coast, Mayer returned to Winnipeg, completed his studies at the University of Manitoba, graduated with a degree in Agricultural Economics with the idea of living his life in the big city. Life has a way of happening while you are making plans.

While planning to marry Mavis, Mayer's father took sick and Mayer, as the only son, moved to Portage with the intention of closing the family business... and that is exactly what he did... some thirty-one years later in 1981.

Mavis Chaikin arrived in Portage la Prairie via Yorkton, Stornoway, Saskatchewan, and then Grandview, Manitoba which Mavis remembers as "New York" like, relative to the small Saskatchewan towns. Mavis was one of five children, two boys, Ben & Osher and three girls, Clara, Thelma & Mavis born to Mendle and Malka (Steele). Similar to Mayer's parents Mendle and Malka were born in different parts of Russia, however they were already married when they came to Canada. Arriving with the original intention to be a religion teacher, Mendle changed plans and became a small town storekeeper. Malka raised the family while Mendle worked in the store. Mavis remembers her parents as being fair but strict. Coming to Winnipeg to finish high school Mavis then entered the University of Manitoba from which she graduated in 1947. While skating one day she had a chance meeting with Mayer...the rest, as they say, is history.

Operating the family business provided Mayer & Mavis with a good life. They felt very comfortable within the Portage la Prairie community. Mayer was immersed in the volunteer aspects of the community from the Rotary Club to the Children's Aid, from Masonic Order to the B'nai Brith. Mavis was active both winter and summer from curling to golf to tennis as well as with the famous Potage la Prairie Hadassah-Wizo. Today they reflect back on the friends with which they are still close even though Portage is no longer home. As the Rabkin children grew, all three, Tamara, Jack & Debbie moved to continue their studies in Winnipeg. Tamara & Debbie both graduated with Bachelor degrees in Social Work while Jack, after completing an honours arts degree in political science, completed his law degree. The writing was on the wall so Mayer and Mavis closed the business and moved to their new home, Winnipeg.

With all their children and relatives in Winnipeg the move was not too traumatic. With their wide range of interests, Mayer & Mavis made good friends in Winnipeg. The Endowment Book of Life gives them the opportunity to commemorate their parents who were instrumental in providing direction for both Mayer & Mavis. In addition Mayer is thankful for the relationship he had and the advice he received from his uncle Max. Publicly they thank their children for the respectful manner with which they are treated. Finally this "promise" allows Mayer & Mavis to solidify their affiliation with the Jewish community so that it will remain strong and vital not only for their children but also for their grandchildren, Mark, Melissa, Mitchell and Aaron.