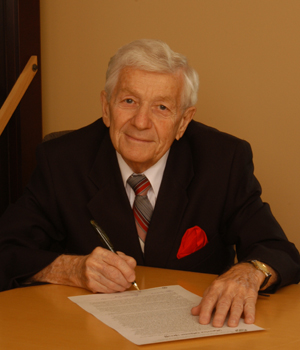 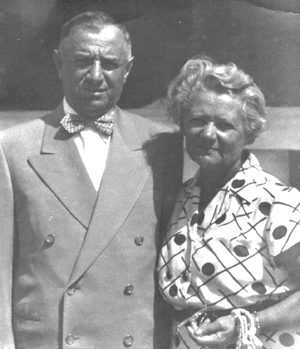 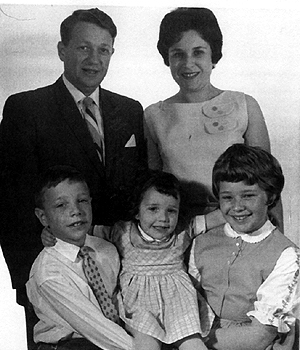 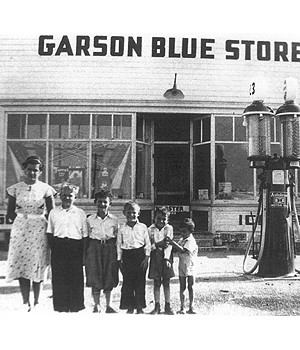 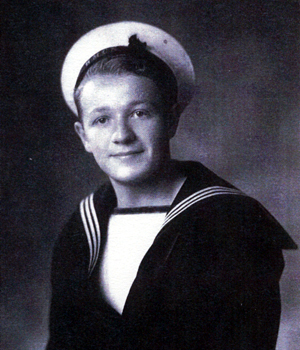 I am delighted to be a contributor to the Jewish Foundation's Endowment Book of Life, as it fulfills my wish to serve the Jewish community in a meaningful and lasting way.

I was born in 1923 to Louis and Luba Juravsky, Russian immigrants who were direct descendents of the renowned Berdichev Rabbi. My parents first settled in the Clandeboye and Selkirk area before moving in 1924 to Garson, Manitoba, where they owned and operated a store, hotel and limestone quarry. In addition, my father served as a school trustee for 20 years and as Mayor of Garson from 1940-1950. They moved to Winnipeg in 1945. Nicknamed "Minno" because I was physically small, I was the eldest son of six children: four brothers (Curly, Abie, Sammy and Malik) and one sister (Lotte). With the exception of Lotte, the only girl (who was born in Rumania while our parents were en route to Canada), my brothers and I were born in Winnipeg. Growing up in the country was filled with hardships for a Jewish child, and at the age of six, I moved to Winnipeg and lived with my aunt, uncle and two cousins — the Lehmanns. I returned to Garson during summer holidays, but attended schools in the city (David Livingstone, Aberdeen). I graduated from Daniel McIntyre Collegiate and Talmud Torah night school in 1940.

I have very fond memories of my adolescence, especially Boy Scout training at the Talmud Torah and regular get-togethers at the Paragon Club, which, 65 years later, still meets bi-weekly. Every Yontiff, my parents, brothers and sister came to Winnipeg and stayed with the Lehmanns — 13 people in total, including my grandmother, in a two-bedroom apartment. Although we were very cramped, it was wonderful for me, and for all of us, to be able to celebrate the Jewish holidays together. After high school, I enrolled in the Faculty of Engineering at the University of Manitoba, but in 1943, interrupted my studies to join the Royal Canadian Navy, for World War II was being waged. I returned home safely in 1945, and in 1948, met Annis at MAC's Bowling Alley. I was completely captivated by her. We dated and became engaged, and then I resumed my engineering studies - at the Indiana Institute of Technology, for it offered an accelerated academic program, which meant that we could be married earlier than if I studied at the U of M. I graduated as a Civil Engineer, and returned to Winnipeg in 1949. Annis and I were married in 1950 at the Shaarey Zedek Synagogue. Our life together has been blessed with three wonderful children. Hope, a teacher, lives in Winnipeg. Alan, a dentist, lives in Vancouver with his wife Debbie, who is a teacher. Shirley is a human resources specialist married to Lorne Balsam, a computer consultant, and they live in Toronto. Our children have given us 6 beautiful grandchildren — David and Brent Kideckel, Samantha and Abby Jeroff, and Ryan and Jenna Balsam.

As our children were born, I began a long and fulfilling professional career that lasted 35 years. I started with Dominion Bridge in 1950, and was promptly hired away by the Greater Winnipeg Diking Board to develop an urgently needed permanent flood protection system. From there, I joined the City of West Kildonan and spent the next 15 years as City Engineer. In the 1960s, I turned to housing development for the City of Winnipeg, co-ordinating the redevelopment of the Lord Selkirk Park Project. In 1970 I accepted the position of Director of Housing with the Province of Manitoba's Housing and Renewal Corporation. I was seconded, after a national competition in 1975, to the City of Vancouver, to assume the position of Director of Housing, and our family relocated to B.C. for a very exciting year.

I retired from the provincial government in Manitoba in 1985, and decided to marry my academic/technical know-how with my professional experience, and began a land development project that was extremely successful. I was enormously satisfied with the outcome of this venture, and encouraged to design an entire community project. If the political will is there, I have a plan to establish a new community development in northwest Winnipeg.

Throughout my career, I was an active member of several professional organizations, including the Professional Association of Engineers. It was also important for me to participate actively in the civil life of my community, and in the late 1960s, was elected to the position of Alderman for the City of West Kildonan Council. I was involved in B'nai Brith and am proud to be a long-time member of the Rosh Pina (now Etz Chayim) Synagogue as well as General Monash Legion, Jewish Child and Family Service and the Jewish War Veterans of Canada. I was a founding member of the Big Brothers Association of Greater Winnipeg Inc., and as an avid hockey fan, became an owner and partner in the West Kildonan North Stars Junior "A" Hockey Club. I have been a member of the Masons for more than 50 years, and served as Master of the Lodge for two terms. In 1996 I was deeply honoured to receive the Masons' "50 Year Jewel."

All my life I have been extremely active, and played hockey, baseball and soccer during my youth. In 1991, at the age of 68, I began having back problems, and following my doctor's advice, took swimming lessons for the very first time. To my surprise, I discovered that I enjoyed swimming very much, and began to practice seriously. I entered the Senior Olympics Competition in Palm Springs, which takes place every February, and won various medals in 1994, 1996, 1999 and 2001 (3 Gold, 2 Silver, 1 Bronze). I continue to swim vigourously on a regular basis.

When I reflect upon the things that I consider most important in my life, I must include regular lunches with a group of friends stemming back to my teenage years as a member of the Paragon Club. I take incredible joy from my close-knit family and friends, and especially from my beloved wife Annis, to whom I have been happily married for 53 years. For more than half a century, she has been my partner, confidante and best friend, and I can only hope that my children are as fortunate in their marriages as I have been.