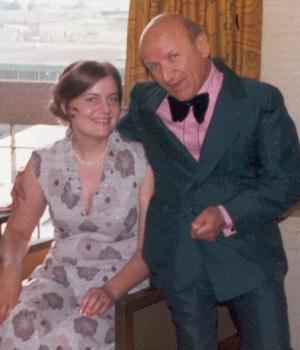 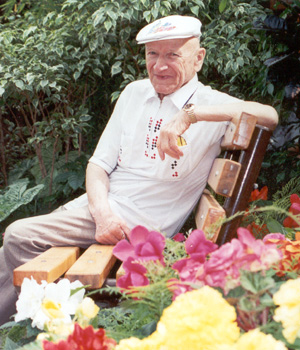 Marvin was the eldest son of Joseph and Annie (Chane) Penn. He did not have to have a Pidyan Ha-Ben because Chane was the daughter of Shimshon (born in Drusk), ha cohen. They lived in Vilna and then Shavel. After he immigrated to Canada, in 1926 a cousin changed his name from Michael to Marvin.

In 1936 Marvin joined the volunteers of the International Brigades in Spain. He sailed from New York to La Harve, on the Isle de France, with a group of 9 other boys from Winnipeg. The border to Spain had been closed so he and the others crossed, walking over the Pyrenees. He writes: "During the night we were led to the foot of the Pyrenees. Single file, quiet, to avoid detection and arrest by the French police, wearing "arszpatos", a soft, pleasant footwear made of rope with a grip and doesn't slide and does not make any noise, we crossed the mountains. When we reached Figueres we travelled to Albecete by train." Later Marvin joined the Lincoln Battalion and the Mackenzie Papinequ Battalion. From 1936-1938, he lived through four big battles Jarama, Brunite, Quinto and Belchite — in order of occurrence.

During World War II, Marvin worked as a millwright in Toronto, building Lancaster (The Lanky) aeroplanes. Then he purchased a restaurant in downtown Toronto near the Royal National Ballet. By the time he was ready to sell, it had become a very busy, popular spot, frequented by business people and members of ballet, including Celia Franca. After a few months in Virginia, Marvin returned to Winnipeg.

In Winnipeg he worked as a real estate agent for Four Provinces. Then he decided to start his own real estate business, Penn Agencies Ltd. He was happy and content being the broker, and playing chess in the back quarters of his office. One day he met Irma. He saw her great potential and persuaded her to become a real estate agent. She easily passed the exams and became a salesman and one of the first women brokers in Canada.

Before they married she said that she would only marry him if she converted. Her Hebrew name is Rachel. Annie and Joseph welcomed her. Irma, a Mount Royal College graduate, became the executive director of Penn Agencies, running all aspects of the business. Previously she worked for the Privy Council in Ottawa, the United Nations, N.Y. and upon returning to Winnipeg, taught business courses. After marriage, she obtained a Fine Arts Degree and a Masters of Education graduating with an A+ average. In the last few years she has obtained a journalism certificate.

Irma and Marvin are both community supporters. As publicity chairman for Hadassah, she wrote hundreds of published pieces. She is past president of the Winnipeg Lionelles. More recently she was president of Jewish Women International, Nadir Chapter. Irma treasures the JWI Community Service Award and the National Volunteer of the Year Award presented to her in 1998. Irma sits on the JNF Board and the Board of Governors. Marvin is the past president of B'nai Brith, Lodge 650. Marvin and Irma are also among the founding members of the Isbister Legacy Society of the University of Manitoba.

Together Irma and Marvin have visited Israel many times. Her love for Israel and Judaism is reflected in her art works.