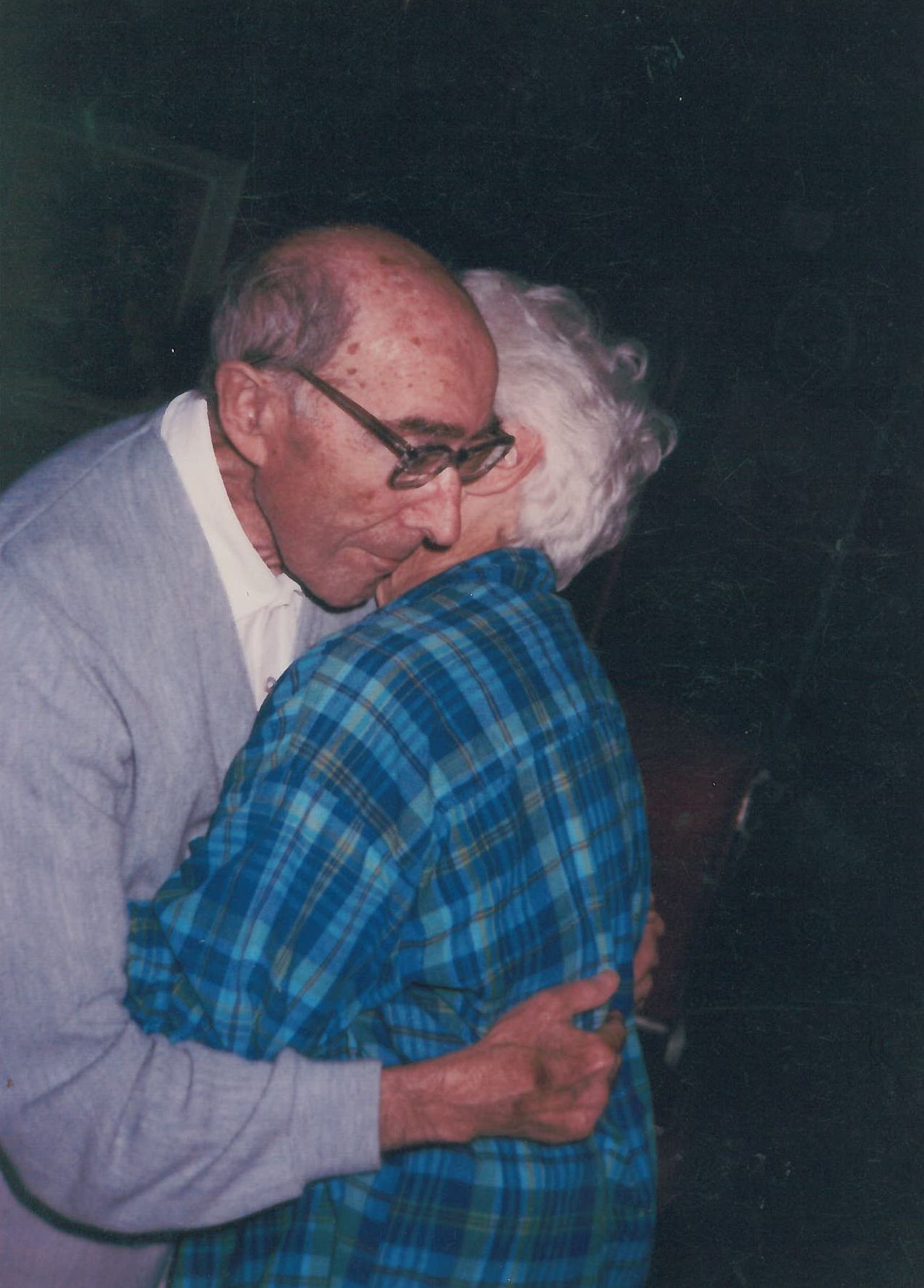 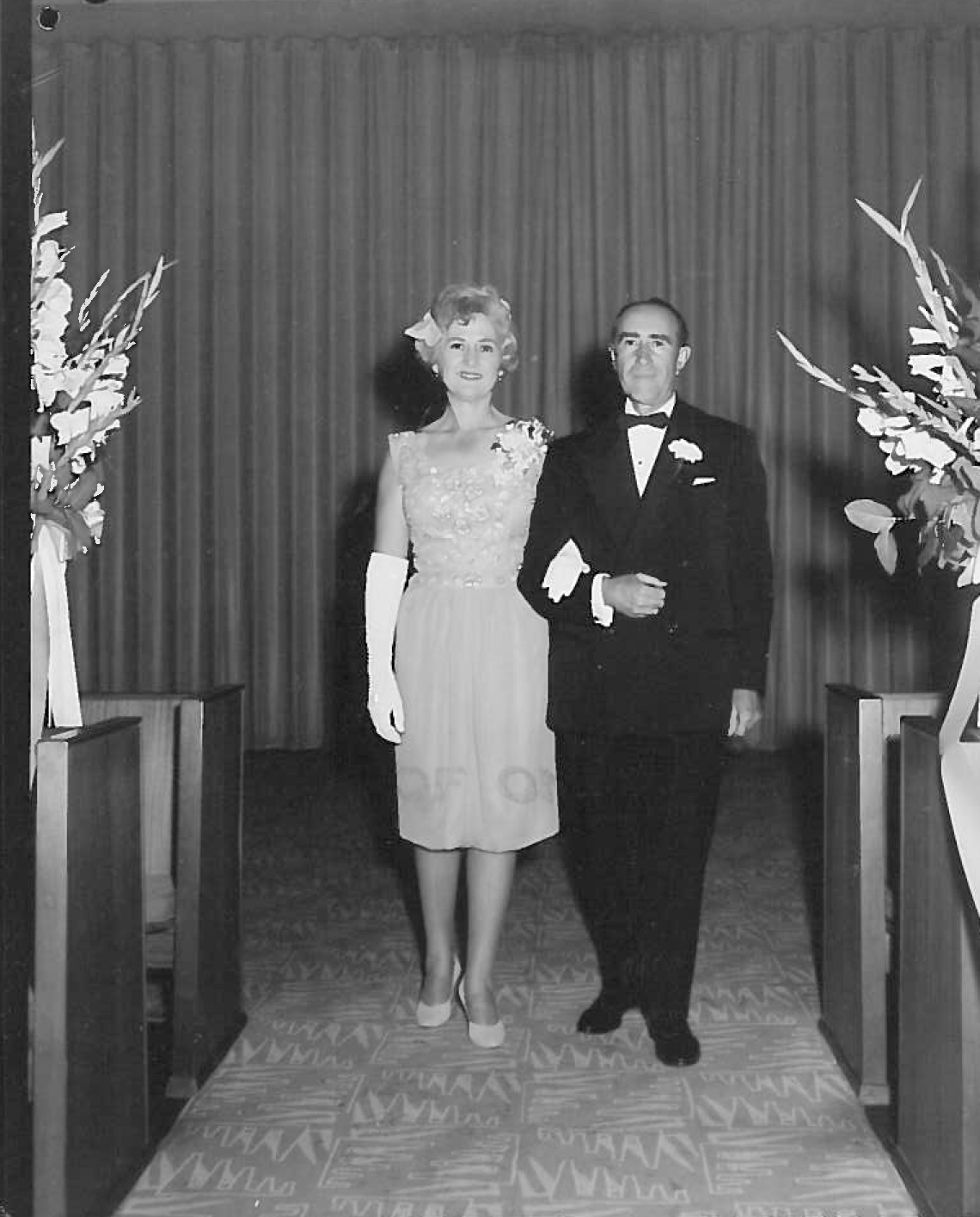 My mother and her twin sister were born in Winnipeg in March 1909. My mother's name at birth was Claris, and her sister's was Ruth. As young children, Claris had brown hair and Ruth had fair hair, so they became "Brownie" and "Fairy". Ruth soon thought better of her nickname and reverted to her birth name. My mother, on the other hand, was known as Brownie for all of her 99 years.

Her mother, Sarah, had come to Winnipeg as an infant, in 1882, with her parents, Chaim Leib (H.L.) and Fanny (née Daien) Weidman. H.L. and his brother Mordecai founded Weidman Brothers (of "herring tidbits" fame). Sarah was the eldest of nine siblings. In the early years of the 20th century, Sarah married Michael Udow. They had four daughters, of whom Brownie and Ruth were the youngest. Brownie graduated from Kelvin High School (as did all of her children, and several of her grandchildren) and then from the School of Nursing at the Winnipeg General Hospital.

My father, Sam, had a typical Jewish immigrant's history. His parents, Nathan and Ada (née Foxman), were married in Zhytomyr, Russia, in 1898. They lived in a very small town called Tsminy, about 300 kilometers north-west of Zhytomyr; their family name was (approximately) Chazyn. Sam, the fifth child of the family, was born as Schmilz in Tsminy in 1908. Nathan went to Canada in 1909, and spent the next two years in Winnipeg (where his brother-in-law had earlier moved) working as a peddler and sending money back home.

By the end of 1911, Ada had just enough money to bring herself and the five children to Liverpool. From there, they made their way to Canada on the Steamship Canada of the White Star Line, arriving in Winnipeg in early 1912. Somewhere along the voyage, probably on entry into Canada, Chazyn became Freedman, which was likely the name of a relative already settled in this country. The five siblings acquired anglicized versions of their Russian/Ukrainian/Yiddish birth names.

The Freedmans lived in a series of rented homes in the North End, and Sam graduated from St. John's Technical High School. Like most immigrant families, they had very little money, but Sam won a scholarship and so was able to attend the University of Manitoba, starting in 1924. He received several more scholarships, and graduated with an Honours degree in Latin and Greek. He needed to make a living, however, and the life of a professor gave way to his second choice. He entered the Manitoba Law School in 1929.

Sam and Brownie had met a year or two earlier. Ever the romantic, Sam ordered a sardine sandwich on their first date. They married in 1929, although that event was kept a deep secret from virtually everyone, including their parents, and later their children, until the 1980s. They did not live together until 1934, when they went through another marriage ceremony (of no legal effect) for their families' and friends' benefit.

Sam graduated in 1933 and established himself, in those difficult years of the Depression, as a wise and sound legal adviser. He worked diligently, not only at law but in the Jewish and broader community. He became a much sought-after speaker, and his oratorical skills and talents, humanized with a widely-applauded sense of humour, in due course led to speaking invitations from around the world. In 1944, he was honoured with the "King's Counsel" (K.C.) designation, one of the youngest lawyers ever to receive that honour. In 1951, he became the first Jewish lawyer to be elected President of the Manitoba Bar Association, and the next year was appointed by the Federal Government to the Court of Queen's Bench. He was the first Jew in Manitoba and only the second in Canada (by a few months) to be appointed a Judge of a Superior Court.

His legal and community career has been documented in detail elsewhere, so just a summary is offered here. He became a Court of Appeal Judge in 1960 and Chief Justice of Manitoba in 1971, a post he held with great distinction until he retired at age 75 in 1983. The wisdom of his judgments over 31 years and his contribution to the development of Canadian law have been widely recognized, as exemplified by the title of a collection of his judgments published by The Law Society of Manitoba: "Chief Justice Samuel Freedman: A Great Canadian Judge". Among his many other roles, he served as Chancellor of the University of Manitoba, President of the Y.M.H.A., and (for 16 years) as President of the Winnipeg Chapter of the Canadian Friends of the Hebrew University. His passionate affiliation with the Hebrew University — where he ultimately served as a Governor - took him and Brownie to Israel on many occasions. Sam received 14 honourary degrees from universities in Canada and abroad. He passed away in 1993.

Sam and Brownie formed a unique partnership. He always attributed his success in large measure to her sensible and sound guidance and advice. She was energetic (playing tennis into her 80s) and had a wide circle of friends and a zest for life, which she maintained until her death in 2008. While raising three children (me and my younger sisters Susan and Phyllis) they each played an important role within the Jewish community, and together they became prominent participants in - and contributors to - many aspects of Winnipeg and Canadian life.