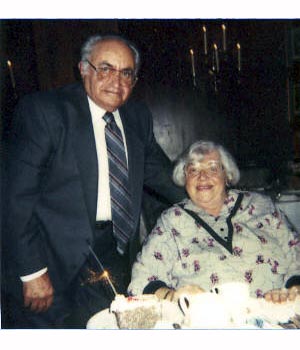 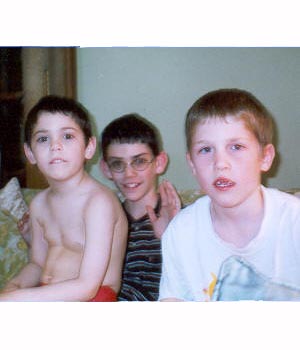 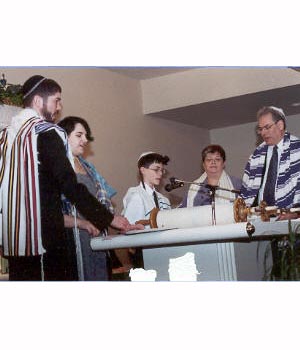 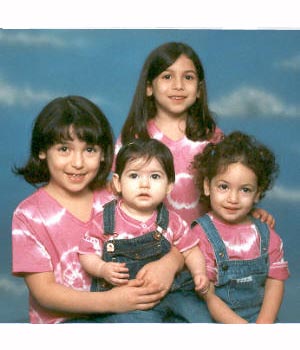 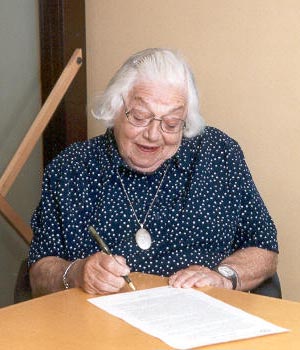 The Gallis family - originally Galsky - arrived in Winnipeg in 1921. Family members included parents Philip (Pesach) and Bertha, and their five children: Sophie (Romalis), Oscar, Ruth (Finkle), Rita (Sarbit) and the youngest, Max, then six years old. Their trip, from Novgorod, Volinsk, near Odessa in the Ukraine brought them to New Brunswick, and then to Winnipeg.

Soon after arriving in Winnipeg, Philip and his wife Bertha, having taken the name Gallis, opened a grocery store, P. Gallis and Sons, on Mountain and Mackenzie.

Max, the youngest, would take a major role in running the store. In 1940, having completed a senior matriculation at St John's Technical-Vocational High School, he married Marion Mindell, the youngest daughter of Harry and Sarah Mindell. In 1943 their eldest daughter, Brenda Barrie Gallis was born.

At the time of Brenda's birth Max was serving overseas with the Royal Canadian Air Force. Eventually he would serve in England, France, Holland, Belgium and Germany. When the war ended in Europe in 1945, Max was retained in the service to work as an interpreter until 1946. In 1947 Max and Marion moved from the Renfrew Apartments to a new home on Lansdowne Avenue, near Mackenzie, where, in 1951, they welcomed a second child, Sydney Ruvin Gallis, z/l.

The Gallis family lived on Lansdowne Avenue until 1961. From 1949, following the death of his wife Sarah, until his death in 1961, Harry Mindell, Marion's father, lived with them.

In 1957 the Gallis' grocery store was sold and Max began a thirteen-year career with Canada Life as an Insurance Representative.

In196l Marion and Max bought a home on Forest Park Drive, then a brand new section of Garden City. During the years on Lansdowne, Marion had been extremely active in the Muter Farein of the I.L. Peretz School. For some years she ran a restaurant on Selkirk Avenue. In 1961 she returned to the firm that had employed her from age seventeen, the Sidney I. Robinson Fur Company. She retired in 1978.

After retiring from Canada Life, Max returned to work as a grocery produce manager, eventually retiring from that too. In all he retired three times, the last time only months before his death in Palm Springs, California in January, 1993 at the age of 78.

Brenda Gallis graduated from the I.L. Peretz Folk School on Aberdeen, Machray School and St. Johns High. After her marriage to Sidney Bursten in 1963, she attended the University of Wisconsin in Madison. She completed her BA. at the University of Winnipeg when she and her husband returned to Winnipeg in 1976 to manage The Jewish Post. Later they published the Downtowner Newspaper. Subsequently, Sidney Bursten developed a career as a computer software designer. Brenda became the marketing director of the Winnipeg Symphony Orchestra and later was the director of the Jewish Community Relations Department of the Winnipeg Jewish Community Council. After returning to the U.S. she was the Executive Director of the JCRC-ADL of Minnesota and Dakotas and worked for Hadassah and American Jewish Committee in California. She earned an MA in Creative Writing at Hamline University in St. Paul, Minnesota.

The late Sydney Gallis attended Talmud Torah, Joseph Wolinksy Collegiate, high school yeshiva in Skokie, Illinois and the University of Winnipeg where he earned an honors philosophy degree. He was twenty-seven at the time of his death.

At the time of this narrative, Brenda and her husband Sidney L. Bursten divide their time between Baltimore, Maryland and Laguna Woods, California, with frequent visits to Winnipeg to see Marion, their two daughters and their husbands, and their seven grandchildren.