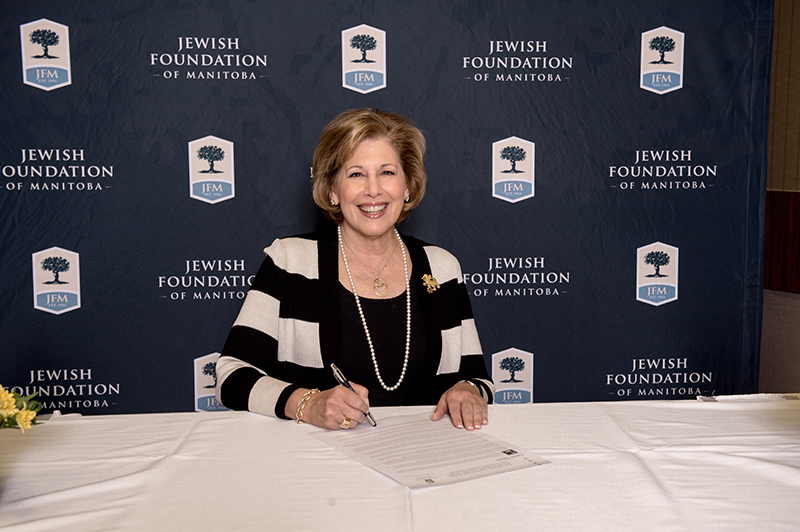 "The true meaning of life, Wesley, is to plant trees under whose shade you do not expect to sit."

Nelson Henderson, a Manitoba immigrant farmer, penned this line to his son on his graduation day. These words reflect the understanding of many immigrants, that the decisions they make and the efforts they expend may only truly be appreciated by future generations. This thought is the inspiration for our story of Isaac and Rebecca Nusgart.

They were our grandparents. Rebecca was born in Romania in 1879; Isaac in 1886. In the late 19th century, Romania classified Jews as foreigners and barred them from most professions. Anti-Semitic persecution and the imminent prospect of starvation fuelled an exodus by thousands of Jews who sold their possessions and set off to find a welcome somewhere. Many joined into large groups for protection and trekked hundreds of miles out of Romania on foot. Along the Austro-Hungarian border, representatives of Jewish aid organizations gave them food and shelter and provided them with train tickets or ships' passage to further destinations. We are unsure exactly how our grandparents' journey unfolded, but they arrived safely in Canada in 1905.

As a young couple with one son, Hyman (1903), they established their home in north end Winnipeg and began the arduous process of learning to live in an unfamiliar environment. Isaac worked as a house painter and Rebecca stretched his meagre earnings to keep a kosher home and raise her family that over the years included Beverly (1908), Max (1910), Sara (1913), Edward (1914), and Beatrice (1918). Friendships were forged in the neighbourhood and at the Rumanishe Shul on Dufferin Avenue, where we grandchildren remember attending High Holiday services in the classic building with its distinctive pulpit and horseshoe-shaped balcony — women and girls upstairs and men and boys on the main floor.

The transition to this new life was undoubtedly difficult for our grandparents. Isaac left Canada for some time and moved to Detroit with his eldest daughter Beverly. Beverly found work at Dodge Brothers but there is no record of him having found work there, nor the reason for this departure. Ultimately, Isaac passed away at the young age of 51 when he suffered a heart attack at the engagement party of his son Max to Ida Blumberg.

Rebecca continued on her own, living in the Balforia Apartments on Main Street. She walked with a limp from a broken hip that had never healed properly, but that didn't seem to slow her down. Some of us remember her as an excellent strudel maker — stretching the dough so thin that it covered the entire kitchen table! She regularly took the streetcar for Shabbat dinner at her daughter Beverly's home on Broadway, would stay overnight and visit her daughter Beatty on Saturday, and then head back home on the streetcar.

Isaac and Rebecca's children, our parents, each found their way as first generation Canadians. Hyman learned Morse Code and his first job was as a telegrapher for the railroad. He later used his teletype skills on the commodity exchange and became an independent grain broker. He married Bernice Stern, a milliner and housewife. Beverly married Moses Cohen who was born in Winkler, Manitoba and whose family was active in the development of that town. They lived on Broadway in Winnipeg where they raised their family and operated Mac's Pharmacy on Broadway between Good Street and Balmoral Avenue.

Second son Max was also in the grain business and has the distinction of having brokered the first Canadian grain sale to a communist country. He and his partner Charles O. Swartz had a successful international grain company called Northern Sales. Max married Ida Blumberg, the daughter of John "Jack" and Millie Blumberg. Active in �left-wing' politics when he arrived in Canada in the early 1900's, Jack was a streetcar driver and participant in the Winnipeg General Strike of 1919. He went on to be a widely respected CCF politician who served as City Councillor from North Winnipeg, and Deputy Mayor, for many years, and then as the head of the Winnipeg Transit Commission.

Sara married Irving Hyman who was a career soldier. During the war he was stationed in England where he helped to decipher code. After the war, he was sent up to the Arctic to work on the DEW Line (Distant Early Warning Line, a system of radar stations in the far north to detect hostile planes and missiles.) Sara and Irving lived in Oshawa for a time before making Winnipeg their home. Once settled in Winnipeg, he opened a radio repair shop and was an avid ham radio operator.

Edward Nusgart also served in the military and came home to Winnipeg to live with his mother after the war. He was an extrovert who loved to entertain and was a confirmed bachelor until, while employed for a stint with a travelling carnival, he met Fannye Feldman in Columbus, Ohio. They made Columbus their home and he opened a then innovative business that provided aluminum siding for houses.

Beatrice attended the University of Manitoba in Home Economics and after working a short time, met and married Alan Nozick who was originally from Edmonton. Alan and his brother Manny owned the Nozick Commission Company, an exclusive ladies' clothing wholesaler on Albert Street. Beatty, as the youngest sibling and a "people person", helped to keep Isaac and Rebecca's family connected.

Which brings us to our generation. Today, us cousins — originally 13 of us — are spread far and wide — Canada, United States and Israel. We are two generations removed from our immigrant grandparents and have had the benefit of the same opportunities afforded to our peers. We have, or have had, professional careers - stockbroker, realtor, pharmacist, journalist, venture capitalist, dentist. Some of us have reached the top of our field and are called on as advisers and consultants. We have among us a Member of the Order of Canada. We are politically astute and active, we volunteer on committees and boards, we care about the communities we live in, and we give back.

Above all, we have raised children with these same values who, in turn, are passing them on to their children. Two generations before us and two generations after us, we in the middle are in a unique position to appreciate that we are sitting in the shade of the tree that our grandparents planted. We must never forget that we are the benefactors of Isaac and Rebecca's sacrifice.

Today, here in Winnipeg, there is an influx of Jewish immigrants coming from such places as South America, France, Russia, Ukraine, and Israel. We are receiving the Yazidi people from northern Iraq. Our grandparents came here and were welcomed, were supported and ultimately were successful in their dream of making a better life for their family. Now a new generation of Isaacs and Rebeccas are arriving, and our hope is that they too will feel welcomed and supported.

May this Endowment Book of Life story inspire them with the understanding that the dreams they have of making a better life for their family will certainly come to pass. Future generations will sit in the shade of the trees they are so diligently planting.