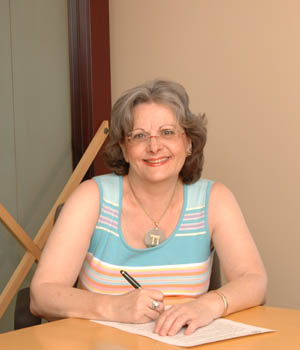 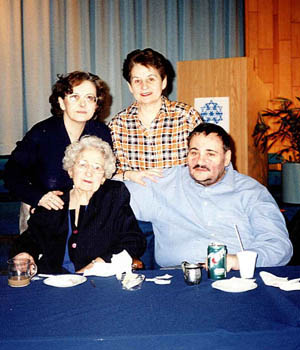 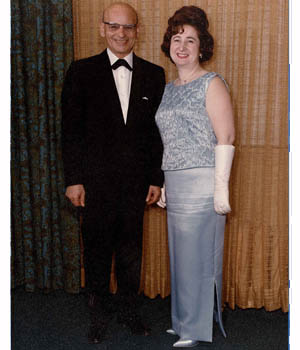 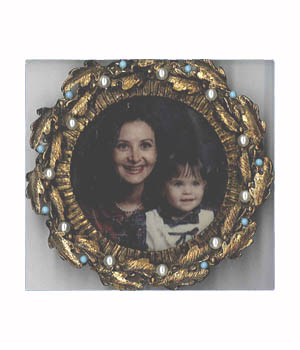 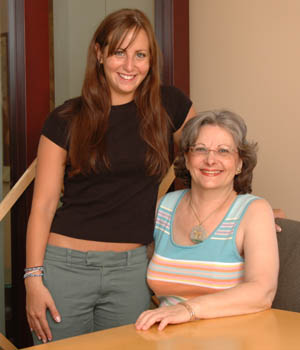 Marcia Glazerman is determined to keep her family's name alive in Winnipeg. While she and her daughter, Alexandra, are the only two Glazermans left in the city, at one time the family was very involved in and very well known in the local Jewish community.

Marcia was the youngest child of Bertha (Commisaroff) and Allan (Curly) Glazerman. She has an older sister, Sandra Caplan, and had an older brother, Freddy Glazerman, who passed away in the year 2000.

Marcia's father, who emigrated from Minsk as a teenager, was an outgoing and generous man. He owned the clothing store, Frederick's, located downtown on Portage Avenue and Edmonton Street. In 1949, the year that Marcia was born, and shortly after he purchased his store, Al won a lot of money in the Irish sweepstakes. As a result, Marcia - her father's good luck charm and the 'apple of his eye' - had a very good life. This life had many perks, including travel, clothes and cars.

Marcia's Winnipeg-born mother was a more conservative personality than her husband. She worked long hours as vice-president of Frederick's, and Marcia missed out on having her around the house as she was growing up. Marcia did spend many Sundays with her perusing the racks of wholesalers, modeling fashions, and trying to decide what to purchase for the store and for her own personal wardrobe. The two became much closer when her mom retired shortly after Al's death in 1975. Bertha passed away in 2000, two weeks after her son, Freddy.

Marcia grew up in River Heights, had a Bat Mitzvah and a Confirmation at the Shaarey Zedek Synagogue, and was active in BBYO. She attended Balmoral Hall School, where she was the only Jewish student in the elementary school, and then moved on to Robert H. Smith, Kelvin, the U of W Collegiate and finally the University of Winnipeg. It was wonderful being in that milieu in the late sixties — there was a lot of activity and excitement at the university and Marcia made many good friends.

During this time, wanting to assert her independence from her father, Marcia began working for Shaino's Furs and Leathers. She continued this retail career after university, working for various businesses as a buyer or sales manager. Majoring in sociology led her to volunteer as a Big Sister and also to work for Jewish Child and Family Service for a brief time. Last year, Marcia became a volunteer facilitator at the Rady Centre for a group of adult mental health consumers, a position that she enjoys immensely and hopes to continue.

Marcia moved out of her parents' home when she was 21, the age her daughter is now. While living the life of an independent woman, Marcia married Richard Steiman, Alexandra's father in 1983. This short-lived marriage was followed by a longer marriage to Neil Cohen, a local chartered accountant.

Marcia maintains a very close relationship with Alexandra, and has tried to raise her differently than she was raised. While Marcia's father forbade her to date non-Jewish boys, Marcia allows her daughter to make her own decisions, although they do discuss everything. Alexandra, who graduated from Shaftesbury High School and now attends the University of Winnipeg, recently returned from a Birthright trip to Israel, where she became quite enamored with the country and its people.

Marcia believes that her daughter feels Jewish and is proud to be Jewish, just as Marcia was when she was growing up. She recalls that her parents often attended Jewish community events and gave generously to various community fundraising efforts. It is important to Marcia now to continue this tradition of giving back to the community.