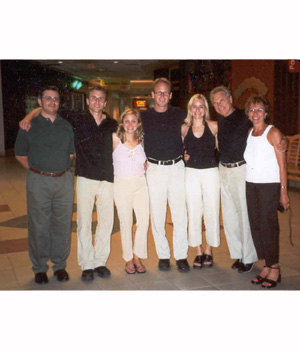 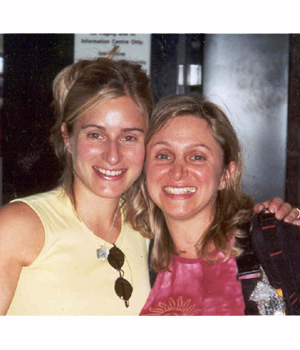 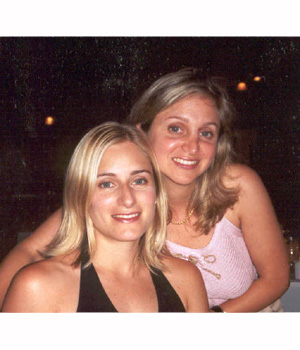 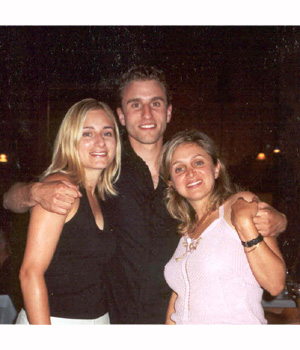 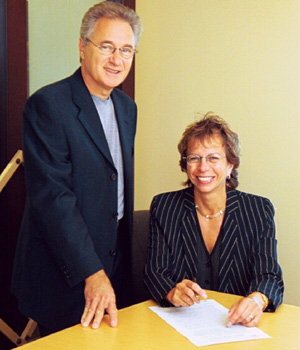 Marcy and Lloyd sign their Endowment Book of Life story

On August 4, 1964 two architecture students, Lloyd Secter and Marcia Moscovitch married and begin a lifetime of design and development together. Although their stories are inextricably intertwined after that date, they each have their own beginning.

Lloyd is the eldest of three children born to Jack and Molly (Ratner) Secter. Lloyd feels very fortunate to have grown up on McAdam Avenue east of Main Street in the north end of Winnipeg with his siblings Norman and Lily Ann. He recalls that enclave as a nurturing extension of his family. All of the families knew each other in an "open door" environment. He attended Luxton School, St. John's High School and then the Faculty of Architecture at the University of Manitoba, graduating in 1964 with a Bachelor of Architecture degree. All through his school years, Lloyd attended after-school Hebrew lessons closely watched over by his ardent Zionist grandfather, David Secter. His recollection of the "after school" experience was that it impacted on his ability to participate in sports and extracurricular activities. His father was an inspiration as the Canadian champion in track and field. Lloyd was the first Bar Mitzvah at the then new Rosh Pina Synagogue, of which his family were founding members.

Marcy (Moss) Moscovitch was born in Kingston Ontario where her father Jack and mother Anne (Rosenberg) were stationed by the Canadian military. Her family returned to their Winnipeg roots after the war, residing first on Manitoba Avenue and later moving to Enniskillen Avenue in the north end. Marcia moved with her parents and sister Roberta to Fort William Ontario when she was 11 years old, remaining there for four years. Those years are recalled amidst some regret that she had left the rich environment of family, Jewish friends and Jewish institutions not readily available in Fort William. The Moscovitch family returned to Winnipeg from Fort William in 1955. Reintroducing herself to the teenage Jewish community, she was assisted by way of the Rachel chapter of BBYO and the YMHA. Both Marcy and Lloyd have very fond recollections of the time spent at the Y on Hargrave Street. Marcy's education took her through William Whyte School, Victory School and West Kildonan Collegiate, prior to registering in sciences at the University of Manitoba. First planning to study for a medical degree, Marcy's exposure was broadened at university and her interest turned to design and architecture. It was at the Faculty of Architecture that Marcy and Lloyd met.

Marriage in 1964 and Lloyd's graduation in 1965 were followed by the birth of their first child, Rena (1965) which made life at their first apartment on Furby Street quite hectic. While Lloyd worked at Smith Carter Searle as a newly graduated architect, Marcy worked to complete her Bachelor of Architecture degree. In 1968, with two architecture degrees in hand and one three-year-old child by the hand, the Secters left for an indefinite stay in Europe and Israel. For seven months Lloyd worked for Ram Karmi Architechts in Tel Aviv, and had it not been for an automobile accident, they may have stayed on and fulfilled their dream to live in Israel.

Returning to Winnipeg in 1969, they commenced their architecture and design practice and moved into an apartment on Hugo Street. Three years later they settled into their first house on Oak Street and nine years later into their current home on Lamont Boulevard. In 1972 their second daughter Seri was born, and in 1977 their son Dov. Today their daughter Rena lives in France with her husband Daniel Elbaze and their two daughters (Ilana and Julia) while Seri is married to David Blatt, living in Winnipeg with their two daughters, Hannah and Maya. Dov is following his parents' path into the field of design. Both Marcy and Lloyd have involved themselves in community life, Lloyd as a member of the Board of Ramah School, Joseph Wolinsky Collegiate, the Winnipeg Childrens' Museum, and later on the Board and Executive of the Shaarey Zedek Synagogue. Marcy is a long-standing member of the Executive Committee of the Shaarey Zedek Synagogue and Chairperson of the House and Building Committee.

The Secters have chosen to practice their profession from a home-based office in order to maintain a "family" oriented quality of life. They strive to conduct their practice and personal lives with integrity and creativity. Both Marcy and Lloyd have confidence in and commitment to the Winnipeg Jewish community, which they feel is experiencing a renewal and rebirth. They are pleased to have two of their three children residing in Winnipeg, and feel that providing education and opportunity for our youth will foster and nourish a growing and vibrant Jewish community in Winnipeg.