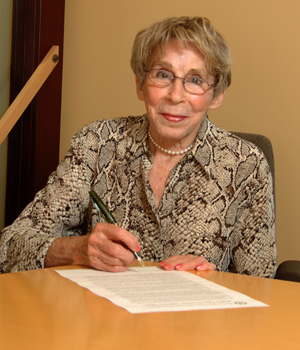 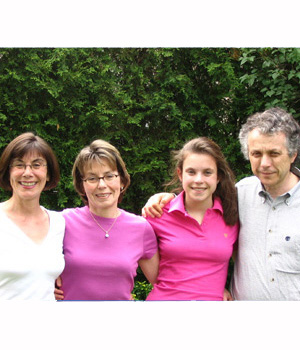 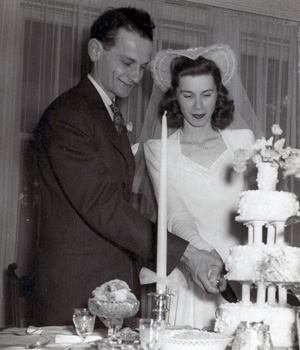 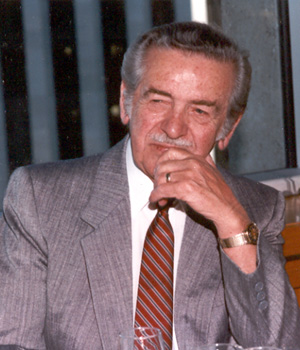 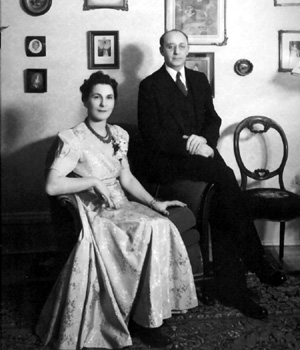 My father, Charles (Isaiah) Brownstone, was born Charles Shekter in Winnipeg in 1892 to Moshe Alter Shekter and Fayga Brownstone. Fayga died when my father was six months old and Moshe Alter left the baby boy with his maternal grandparents Shloima and Meerka (Rosner) Brownstone, who raised my dad and gave him their surname. Moishe Alter returned to Lipkani, Bessarabia in search of a new wife. There he remarried and moved to the U.S. where he started a new family. My dad didn't see his father again until he was an adult when, at the age of 35, he traveled to New York to be reacquainted with his father and meet his eight siblings for the first time.

Although my father's childhood was spent being shunted from uncle to uncle, with very little stability, he nevertheless grew up to be a bright and decent man who earned the respect and admiration of the entire Jewish community and made it on his own without help from anyone. He started his career as a merchant in the dry goods and small wares business working with his uncles in small towns in rural Manitoba and Saskatchewan. He ended up in Winnipeg during the Depression eking out a living as a traveling salesman, often accepting payment in kind. Once, my dad brought home a baby lamb which became my pet. I fed the lamb from a bottle and we became very attached to each other. We were soon forced to give him up by the health authorities and I was devastated to learn later that the farmer we had given him to, served him to my brother Jack for dinner.

During the war years, my dad, unable to travel because of gasoline rationing, became a jobber, working out of his basement on Inkster Blvd. After the war, he formed Charles Brownstone and Sons and moved to Main Street. Shortly thereafter, he and his son Jack expanded the business, moved to McDermot Ave. and changed the name to Brownstone's Ltd.

My father was a wonderful role model and a devoted husband, father and grandfather. He was not wealthy in material terms but he was rich in character. From him I learned integrity, decency, generosity, commitment and a sense of responsibility, the building blocks of my philosophy. He taught me to live by the golden rule, "Do unto others as you would have them do unto you", which has been one of the guiding principles in my life.

My mother, Maggie (Wasserman) Brownstone, was born in 1893 in Wapella, N.W.T, which today is Saskatchewan, to Rabbi Jacob Wasserman and his wife Malca Mikelson, both of whom died in their early fifties. She was one of 11 children, 10 of whom were born in Canada, one having arrived with the parents from Romania. Maggie lived her entire childhood on farms in several different towns in that province. She loved the farm and regaled us with countless stories about her childhood, including the spartan conditions under which the family lived and the collapse of the mud hut in which she was trapped after a heavy rainfall.

Maggie was a beauty and had many suitors. But she chose my father over all of them and their relationship was a love affair that lasted for 73 years. My mother had an eye for beautiful things and became an avid antique collector. Our house on Inkster Blvd. was always filled with beautiful 'objets d'arts' and when space ran out, she opened a very small antique shop on Main Street. Shortly thereafter, she was joined in this venture by my sister, Faye Settler, who became her business partner in The Curiosity Shop and eventually The Upstairs Gallery. Aside from her business interests, Maggie was an avid curler, lawn bowler, a spectacular gardener, a lover of opera and a genius at embroidery. My mother had a great sense of humour, and I don't ever remember seeing her sad. At 99 she could still laugh at a good joke.

I am the middle child of five siblings. I was born in Southey, Saskatchewan, as were my brothers Jack and Billy. My sister Faye (Settler) and my youngest brother Buddy were born in Winnipeg.

I married Clifford Shnier in 1942. When Clifford formed Shnier Brothers Ltd. with his brother Louis, I worked for a couple of years as their secretary, model and general girl Friday . After a couple of years I retired in order to raise my family. My daughter Joan was born in 1946 and now lives in Toronto with her husband Jake Chazan and their daughter Kate. My daughter Barbara Shnier was born in 1950 and also lives in Toronto.

When my children started school, I went back to university. I could only complete two years before I was called back to work in my husband's business. In 1966, I opened a ladies dress shop called Maggi's Boutique. It was challenging and a lot of fun, but when Clifford died in 1968, at the age of 50, it was difficult to go it alone and so I closed the business in 1969. Subsequently, for a number of years, I helped out at The Curiosity Shop/Upstairs Gallery, my sister Faye Settler's antique shop and art gallery.

When my father reached 80 years old he could no longer drive his car, and so I divided my time between my parents, The Curiosity Shop, and my new suitor, Eli Ross. I married Eli Max Ross (Rosenbaum) in 1973 and enjoyed a wonderful 28 years with him. He died in 2001, at the age of 86.

Around 1972, I became involved in my most exciting hobby. My daughter Barbi introduced me to the mantra "You Are What You Eat." I became so interested in nutrition that I made it a full time hobby. I subscribed to many health and medical journals, attended many seminars and read everything my guru, Abraham Hoffer, ever wrote and then some. Although I did most of this learning for my own benefit, I shared all my information and knowledge with my family and friends and my family doctor, and my greatest satisfaction is in knowing that I helped many people to live a better lifestyle.

I got my first computer in 1995 and have been fooling around with it ever since. Though I still have loads to learn, I can't remember or imagine how I managed my life without it. I am now busily engaged in managing my own finances and I do it all via the internet. It's the first thing I do in the morning and the last thing I do at night. I am never bored and if I'm ever lonesome, I just turn on CBC radio and presto, I have very interesting company indeed.

Although I am not a religious person, I identify very strongly with the Jewish community both here in Winnipeg and worldwide. I am very concerned about the future of our community and about our ability to attract and retain Jewish young people in Winnipeg. I hope that my endowment can, in some small measure, contribute to the strengthening of resources to achieve this goal.