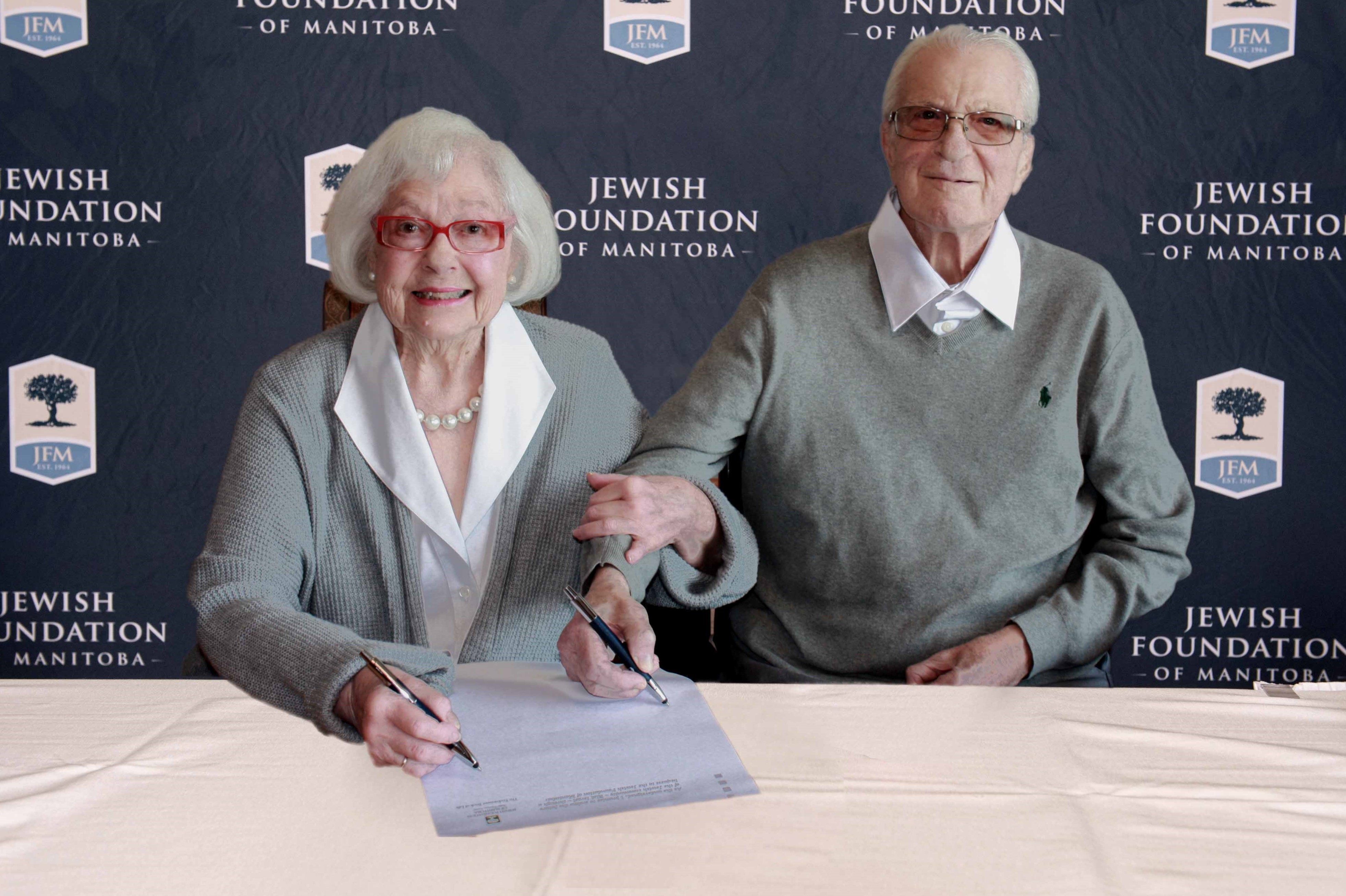 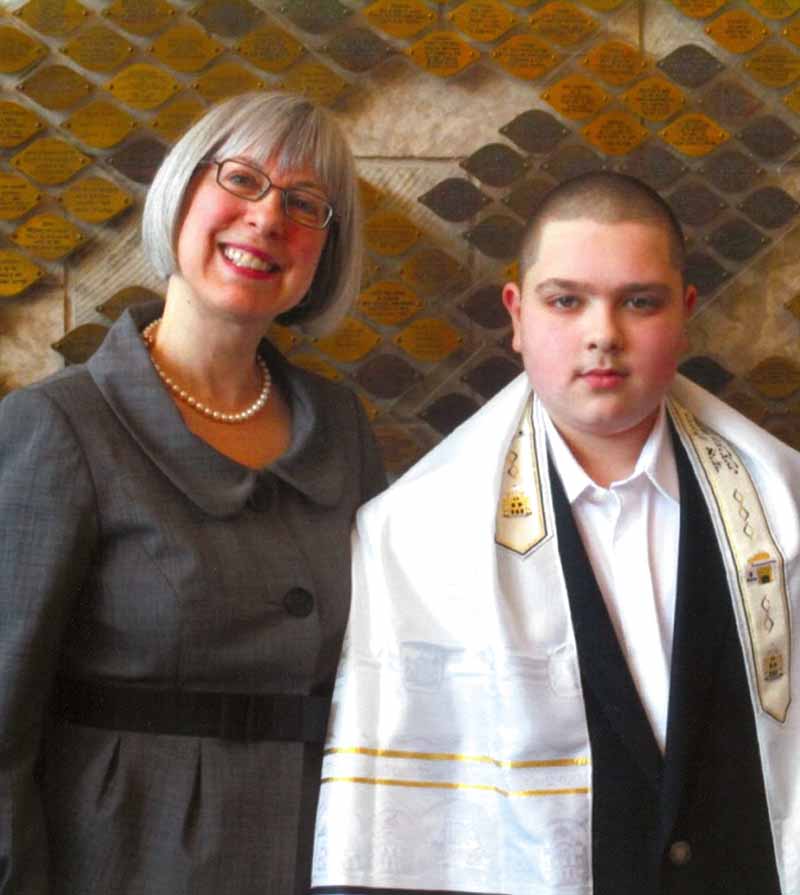 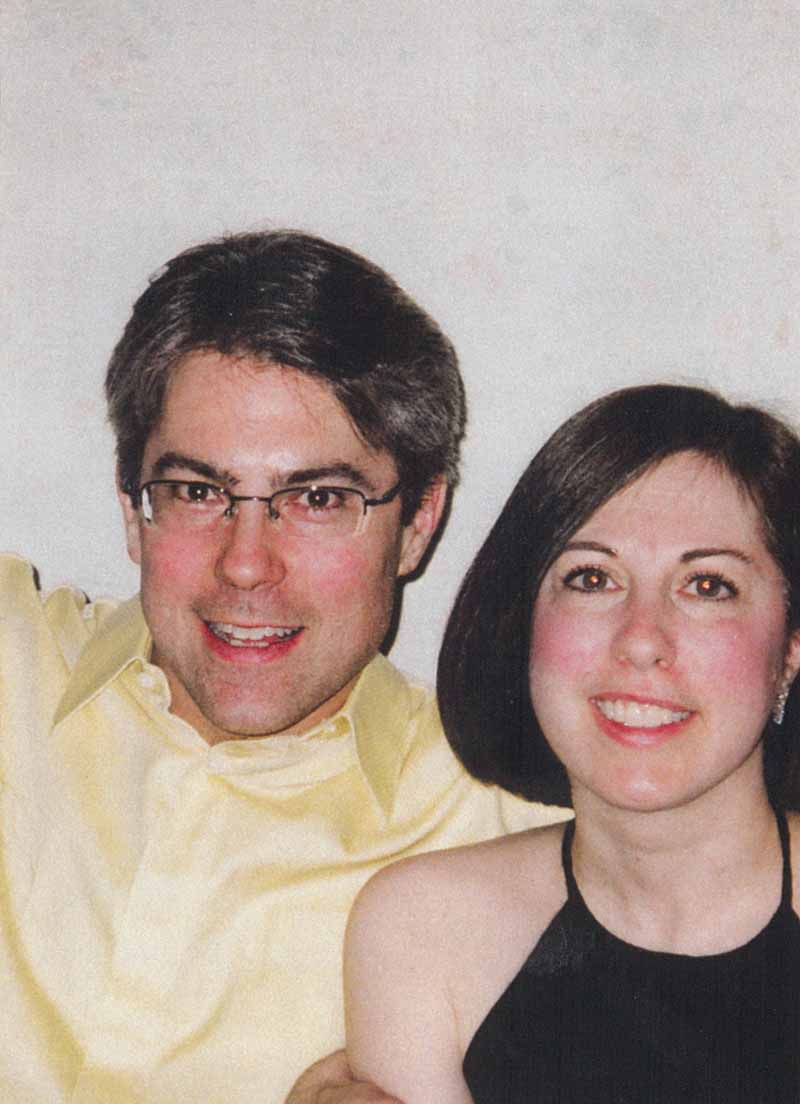 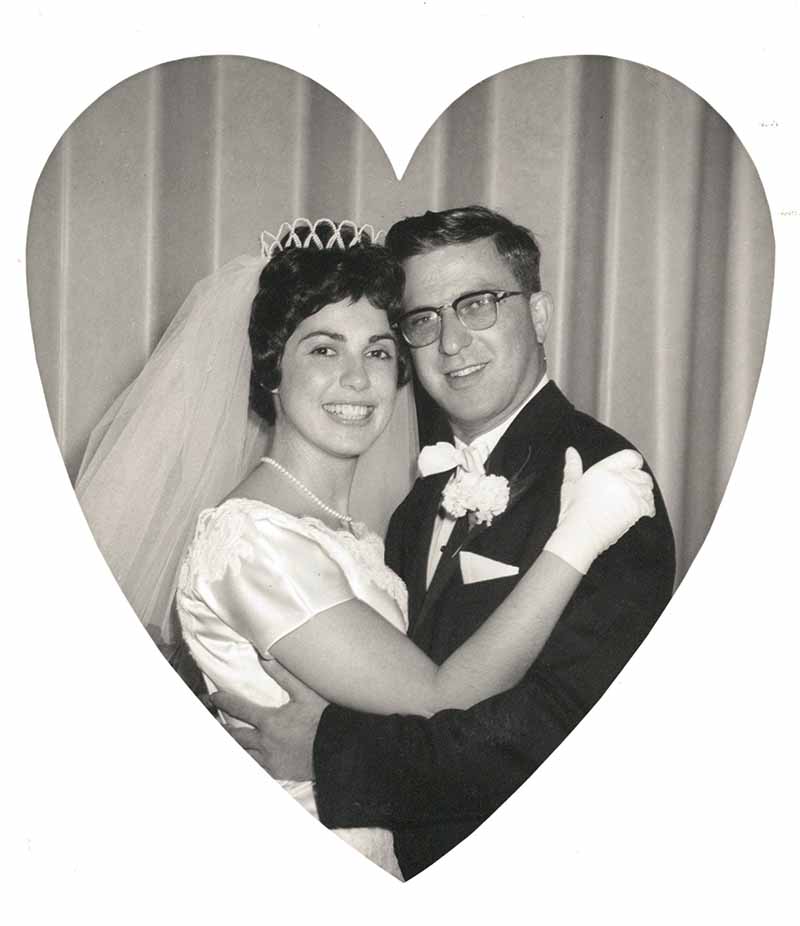 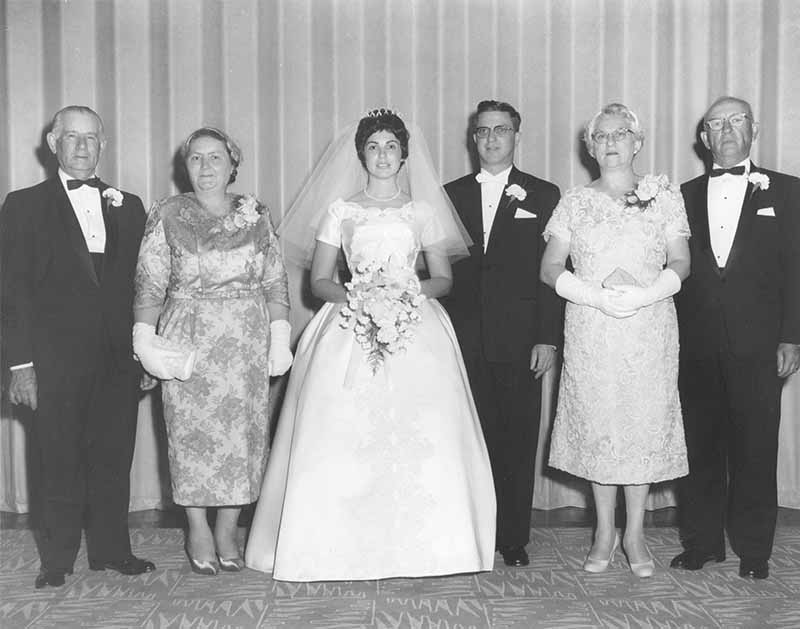 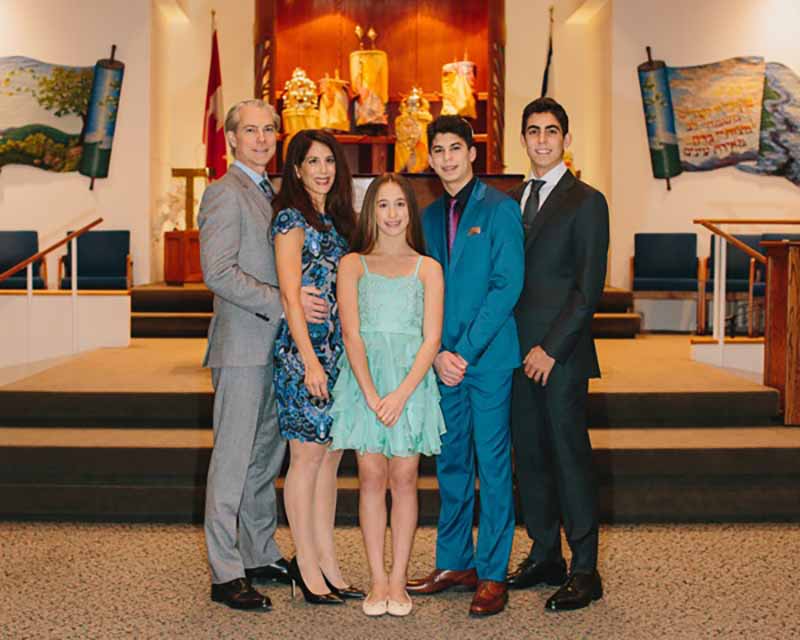 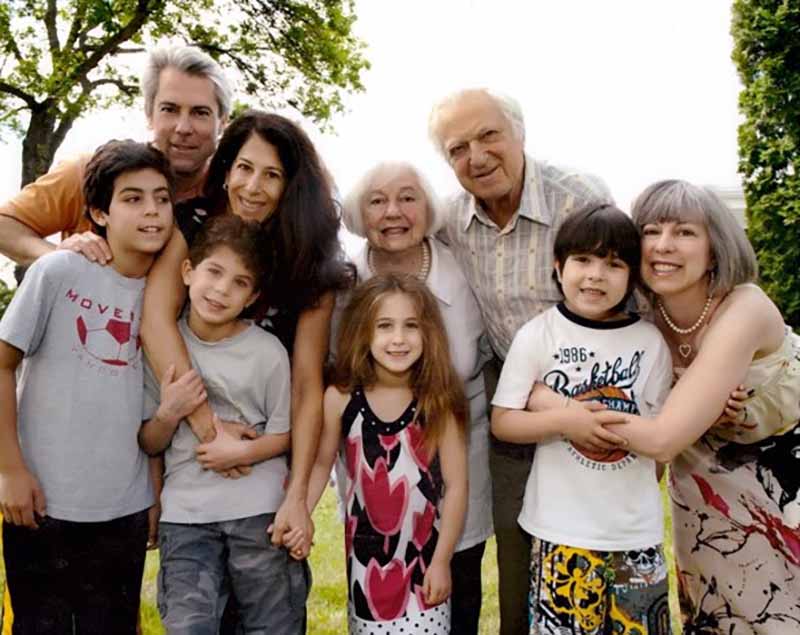 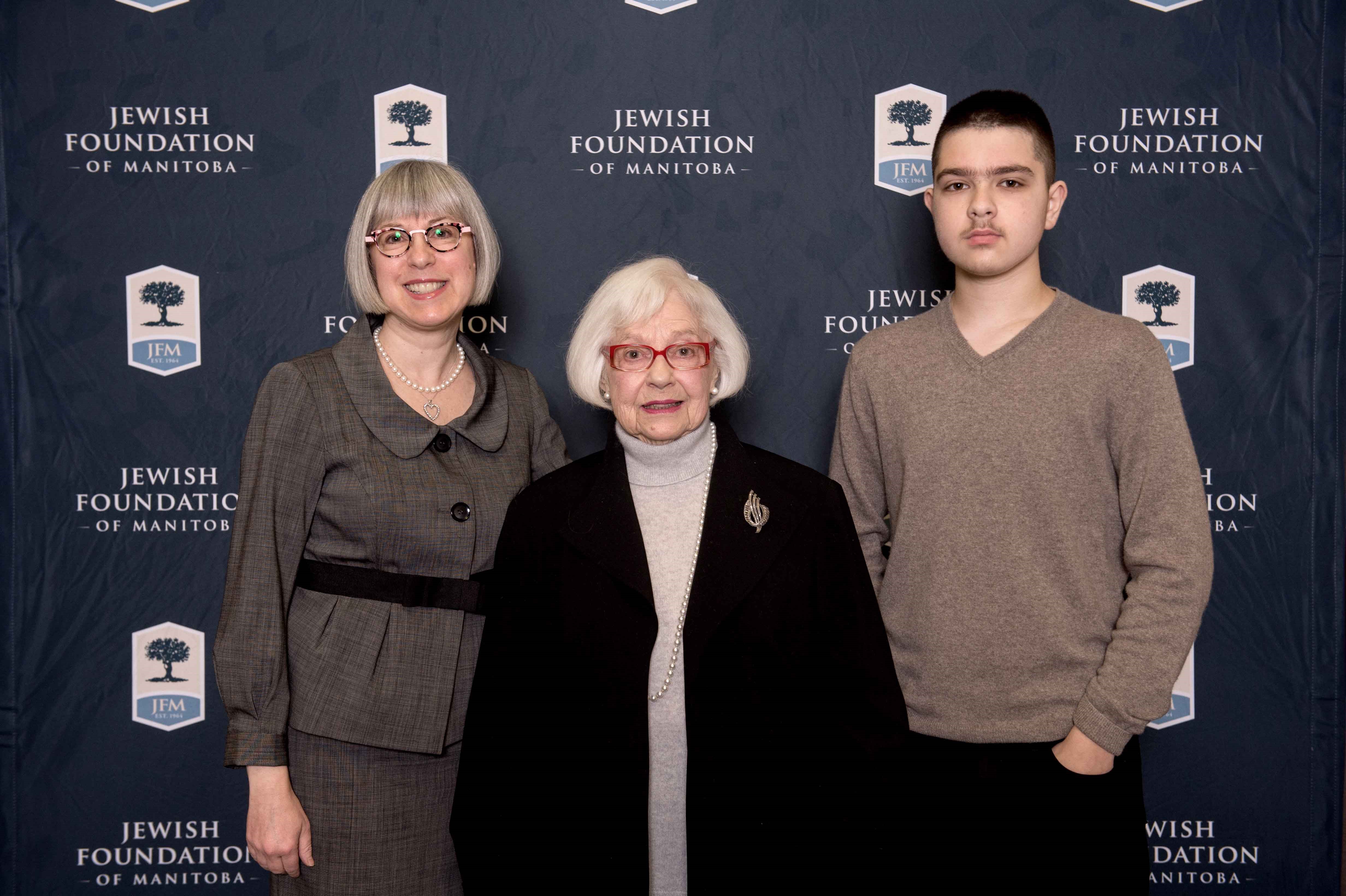 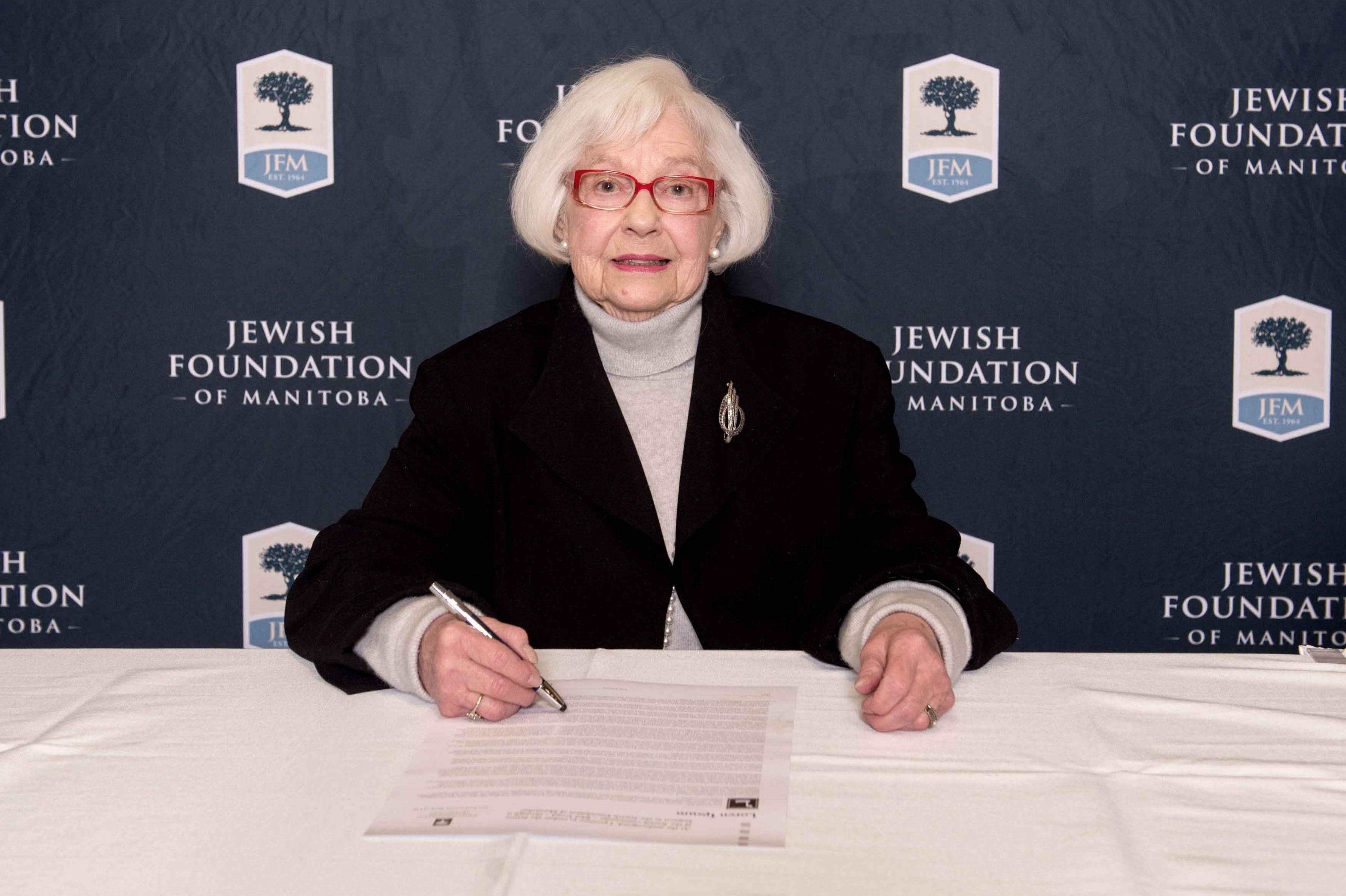 Mischa and I are truly blessed and grateful to Hashem for all the goodness and abundance in our lives. We have been happily married for 58 years, raised two successful and kind children, and have been able to see our four remarkable grandchildren grow up and blossom. We have instilled in our family the importance of living their lives with a strong Jewish identity, pride, and responsibility to make the world a better place - tikkun olam.

My name is Lynn (Laila) Pollock (nee Bell). I was born, raised and educated in Regina Saskatchewan. My mother, Rose Bell (Nudelman) and father, Phillip Bell (Pinchus Barraban), emigrated from Russia and settled in Regina, Saskatchewan where they had family and mutual friends. My parents met on the ship going from Russia to Halifax. They got married and raised four children, Abe, Saul, Benny and Lynn. My father and brothers owned and operated a successful car dealership in Regina called "Bell Motors." My mother was devoted to her family. She was a wonderful cook and baked the most delicious strudel that she was well known for throughout the Regina Jewish community.

My family moved to Winnipeg in 1960. I married Mischa Pollock. It is very interesting how I met Mischa. A family friend, Ann Becker was having a tea for her cousin, Doris Margolis in Regina. Doris was from Winnipeg and told me to come to Winnipeg to meet the bachelor, Mischa Pollock. Doris planned a blind date for us and four months later, we were married. Mischa was a very successful and well-respected businessman known throughout the Winnipeg community for his department store, "Mischa Pollock Clothiers." He was also a highly educated man, obtaining a Bachelor of Science degree from the University of Manitoba.

Mischa immigrated to Canada in 1927 from Uman, Russia along with his parents Sam and Sluva Pollock and sister, Myra. He spent his youth growing up in Bethany Manitoba and later moved to Winnipeg where he attended St. John's High School. He continued his post- secondary education at the University of Manitoba, Faculty of Science.

Mischa has a passion for reading, writing and reciting poetry. He enjoys listening to classical and Jewish music. He has a strong work ethic that he passed on to our children.

Debbie lives in Winnipeg and has a son, Benny, who is 14-years-old. Neil lives in Vancouver with his wife, Michelle, and three children, Joshua (18), Elliot (16) and Shoshana (14).

It was very important for Mischa and I to raise our children in a traditional Jewish home filled with strong Jewish values, beliefs and history. We ensured that our children received a good Jewish education. We sent our children to Ramah Hebrew School and later to Joseph Wolinsky Collegiate.

While Debbie and Neil were at Ramah Hebrew School, I decided to become a volunteer and get involved in school politics. As the years went by, I became the PTA President of Ramah Hebrew School. This was the beginning of my volunteer work for the Jewish community. I became a member of the National Council of Jewish Women and Shaarey Zedek Sisterhood. I am a life member of Hadassah Wizo, Kinneret Chapter. I became chairman of the highly successful Hadassah Art Auction. My involvement with the Hadassah auction then lead me into the art world. I accepted the position of Director and Manager of the Corydon Art Gallery. I was exposed to international works of art at the gallery and very much enjoyed my time there.

One of the most significant Jewish experiences for me was when I celebrated my Bat Mitzvah at the age of 85 at the Shaarey Zedek Synagogue surrounded by my family and friends. Mischa celebrated his Bar Mitzvah at the age of 90 with Rabbi Avrum Altein officiating. He also put on tefillin for the first time and recited all the blessings. It was truly memorable.

Mischa and I have received so much nachus in knowing that our children have benefited from the strong Jewish community values that we have instilled upon them and that they are helping to strengthen and enhance Jewish life in the Jewish community both locally and abroad. Our son, Dr. Neil Pollock, was this year's Jewish National Fund honouree at the Vancouver JNF Negev Dinner held on June 3rd, 2018. Neil was cited by the JNF Pacific Region for "his longtime contribution to the Vancouver community and his leadership. Neil is an inspirational philanthropist who goes above and beyond to involve the community in creative ways to fund critically important projects."

Mischa and I are very pleased that he has chosen to work with JNF and Aleh Jerusalem on the outdoor terrace project and the hydrotherapy pool that will benefit seriously disabled children and youth in Israel. Our daughter, Dr. Debbie Pollock, has been involved in numerous Jewish organizations and causes and continues to be a strong presence in the Winnipeg Jewish Community. We are happy that our children's contributions have provided a strong link in the chain of Jewish continuity. We are confident that our grandchildren will continue in their parents' footsteps. This is our legacy.