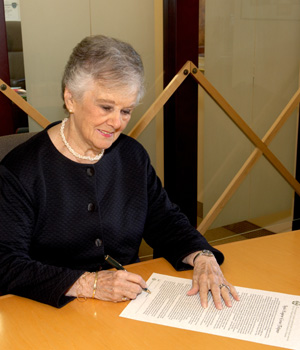 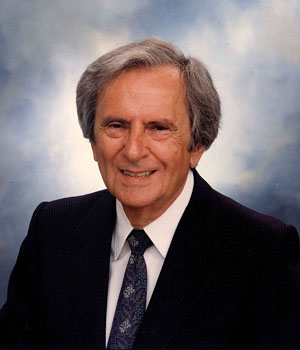 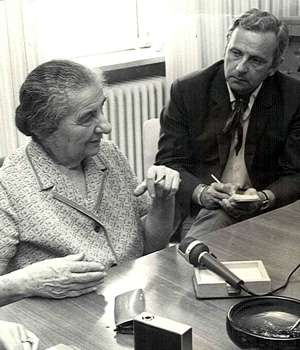 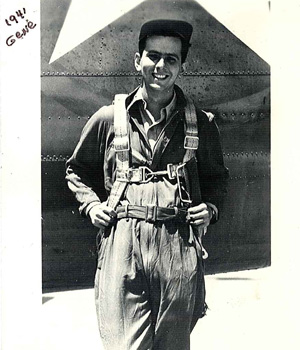 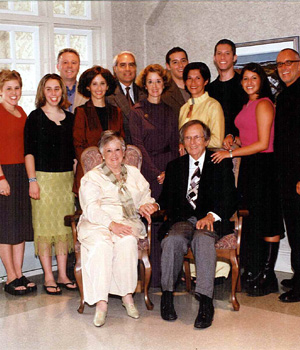 Gene Telpner lived life to the fullest. He was a devoted son, husband, father and grandfather; a war hero; a prolific journalist; a world traveler; a friend to the famous; and a community activist. Through his devotion to his career, his family and his community, he left an indelible legacy to his adopted home of Winnipeg.

Born in Omaha, Nebraska in 1920 to parents Ben and Sylvia, Gene grew up in Council Bluffs, Iowa with his brothers, Maynard and Zeph, and sister, Audrey. He graduated from Abraham Lincoln High School, studied journalism at the University of Nebraska and joined the Omaha World Herald as a feature writer. This was the beginning of a successful journalism career that spanned over 50 years.

Gene's career was interrupted when he joined the U.S. Air Force during World War II. He rose to the rank of Captain, flying overseas assignments to Puerto Rico, Trinidad, Brazil, England and North Africa, and numerous combat missions over Nazi-occupied Europe. He was shot down over Brunswick, Germany on his 18th mission and jumped from his burning plane. Seriously injured, he was reported Missing in Action and was held prisoner of war for 13 months in Stalag Luft One. During this time, Gene kept a secret diary recounting the details of his imprisonment and his dreams for the future. Upon his release he was awarded a Purple Heart, Order of the Caterpillar, Air Medal with Three Oak Clusters and a European Campaign Medal with Bronze Stars.

On November 13, 1945, Gene married Winnipegger Fritzi (Shuckett), the love of his life. They had met before the war when Gene was in Winnipeg visiting relatives. They had three children - Terri Lee (John Farber), Ron (Patsy) Telpner and Wendy (Harry Stryer), and five grandchildren - Jordan Farber, Michael (Carly) and Meghan Telpner, and Lauren and Cara Jane Stryer.

When Gene and Fritzi were first married, they settled in Omaha for a few years, and then returned to Winnipeg where Gene became a partner in the Bowl-Arena. At the same time, he began writing a weekly bowling column for the Winnipeg Free Press called "It Strikes Me". Eventually he joined the Free Press full-time as a daily columnist, entertainment editor and feature writer, where he spent 14 years. This was followed by 13 years at The Winnipeg Tribune as entertainment editor and syndicated feature writer. After the closure of the Tribune, he joined The Winnipeg Sun as an associate editor and columnist.

Gene also wrote for numerous medical, film and entertainment publications in Canada and the U.S. throughout his career and was a sought after news analyst, university lecturer, and television and radio personality. He made 18 guest appearances as a Front Page Challenge panelist, hosted his own television show and was a contributor to other public affairs TV shows on numerous occasions. At the request of conductor Andre Kostelanetz, Gene co-authored a Symphony of Sports, which had its world premiere in 1971 with music by the Winnipeg Symphony Orchestra.

Gene's work as an entertainment and travel writer took him around the world. He completed 90 overseas assignments, authored books about Africa and Taiwan, and visited Hollywood 250 times for premieres and interviews with the stars. He counted many of those he interviewed among his friends. His journalistic efforts were recognized with a National Newspaper Award for a series he wrote on corneal transplants, as well as a Western Writer's Award and Post-Graduate Science Scholarship Award from Columbia University.

In spite of his world travels and busy work schedule, Gene was very grounded in the Winnipeg community, always finding time for volunteer endeavours. He was the driving force behind the inception of Variety Club of Manitoba Tent 58 and was its first Chief Barker. He was instrumental in setting up the first eye bank in Manitoba. He served as president of numerous organizations including the Canadian Sports Writers Association, the Winnipeg Press Club, American Ex-Prisoners of War, the Military Order of the Purple Heart and the Canadian Press Bowling Association, which he also founded. He was a Deputy Governor of Toastmasters International, life member of the Writers Guild of Canada, an honorary ringmaster of the Shrine Circus, and sat on the board of directors of several organizations including the Manitoba Heart Foundation, the Rheumatism and Arthritis Society, the CJOB Shut-Ins Fund, the Victorian Order of Nurses and the Manitoba Film Classification Board.

Gene had a great intellectual curiosity and thirst for knowledge. He was fascinated by people's lives and developed a diverse and loyal readership. Above all, his family always came first with his unconditional love and devotion. He will be remembered for his charm, intellect and wonderful sense of humour. Gene was a true gentleman. He was an avid reader and inspired in his children and grandchildren the importance of education, an interest in the arts and a passion for travel. Although he had been around the world, his favourite vacation spots were Council Bluffs, Iowa and Hawaii, where he and Fritzi enjoyed winters for over 30 years. Winnipeg, however, remained his home.