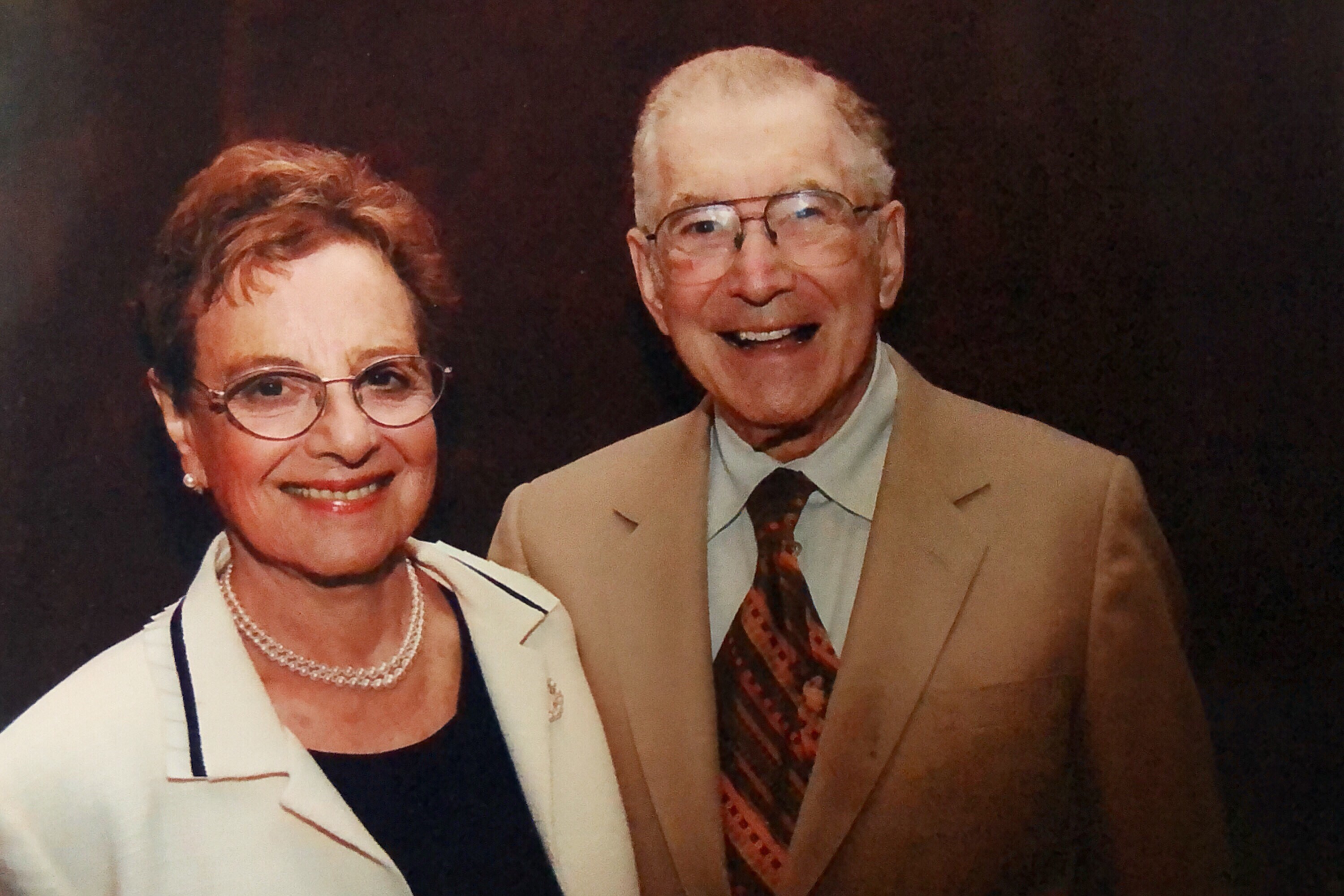 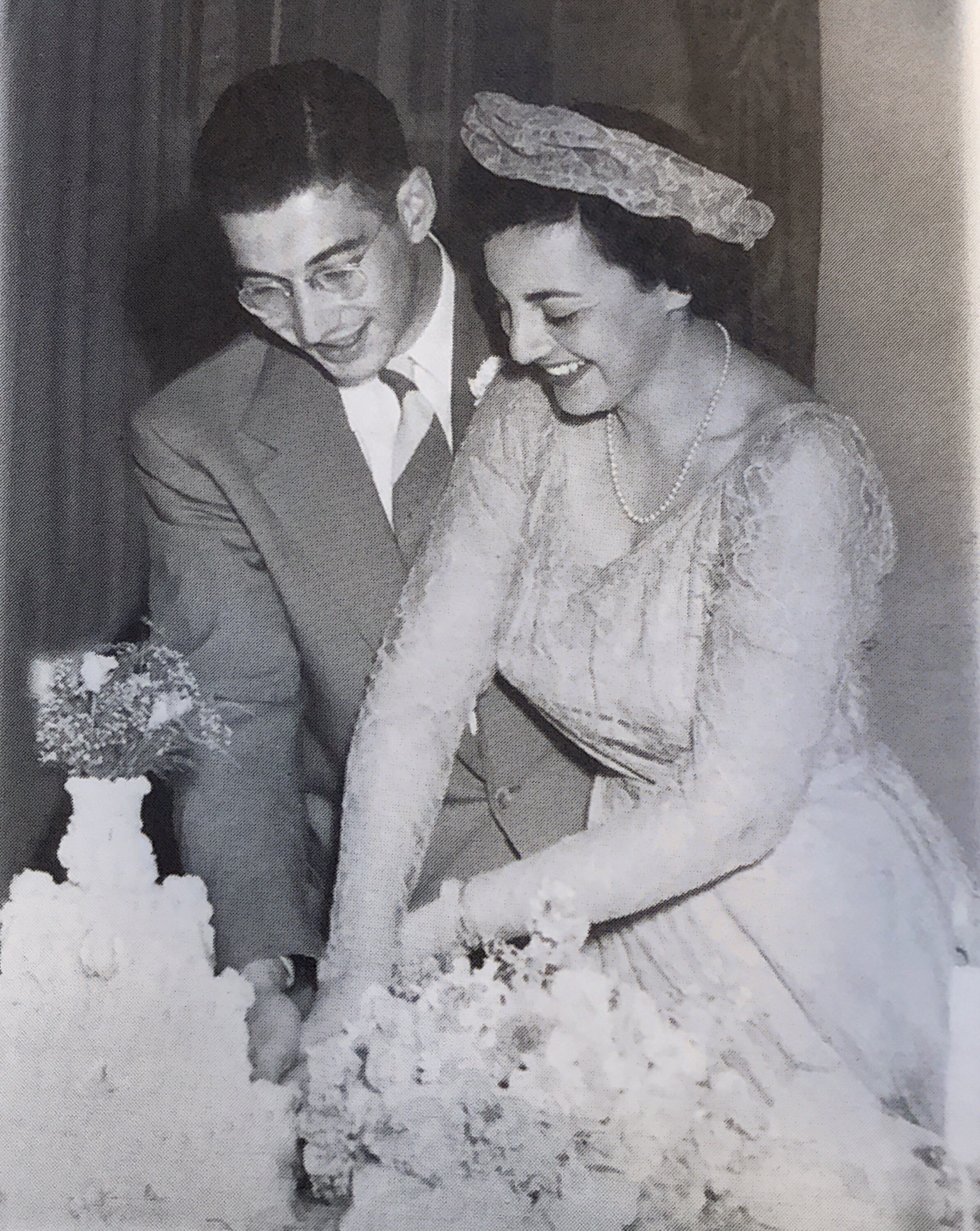 Lottie and Bob at their wedding at the Royal Alex Hotel in Winnipeg, 1948 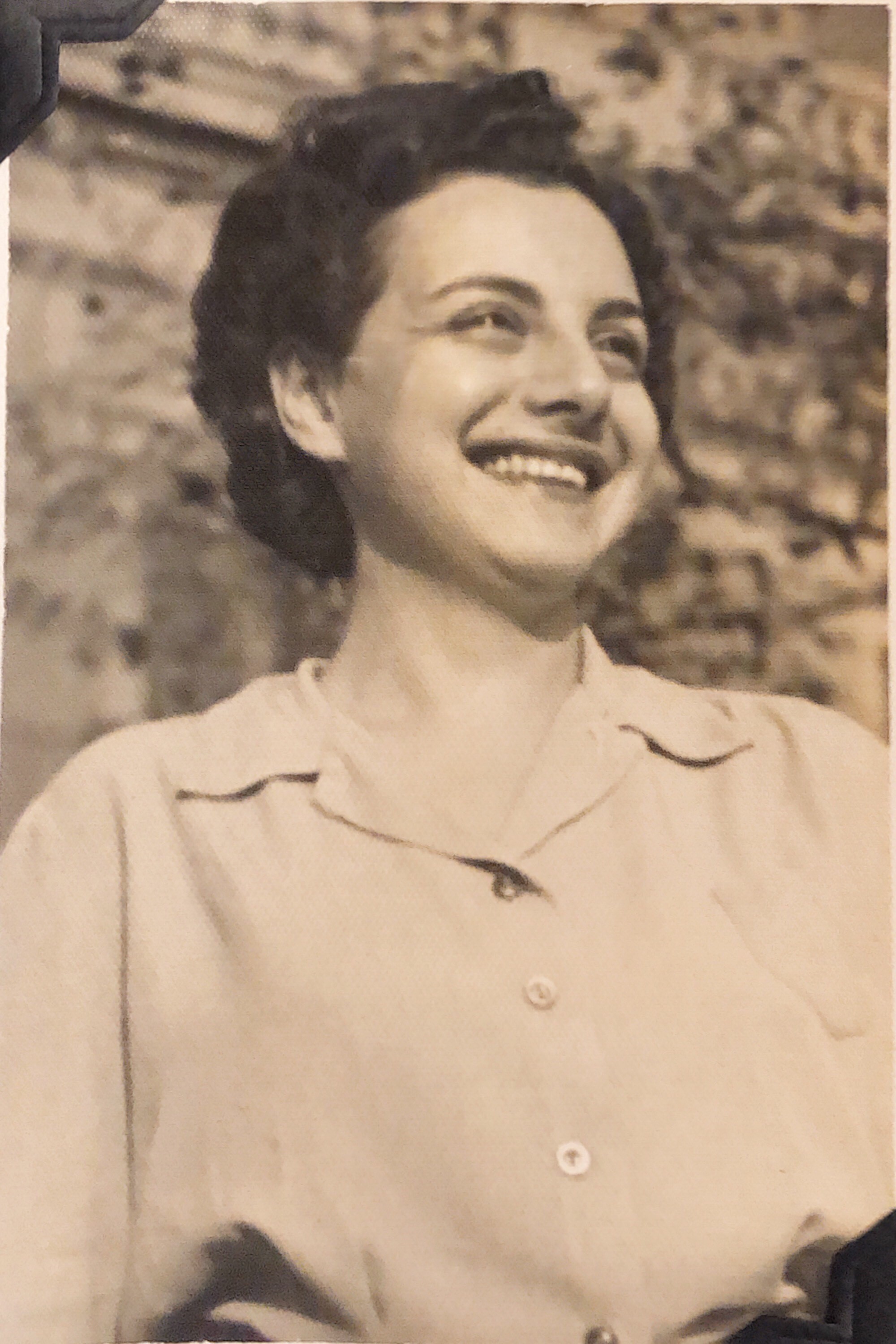 Young Lottie after graduating from the University of Manitoba 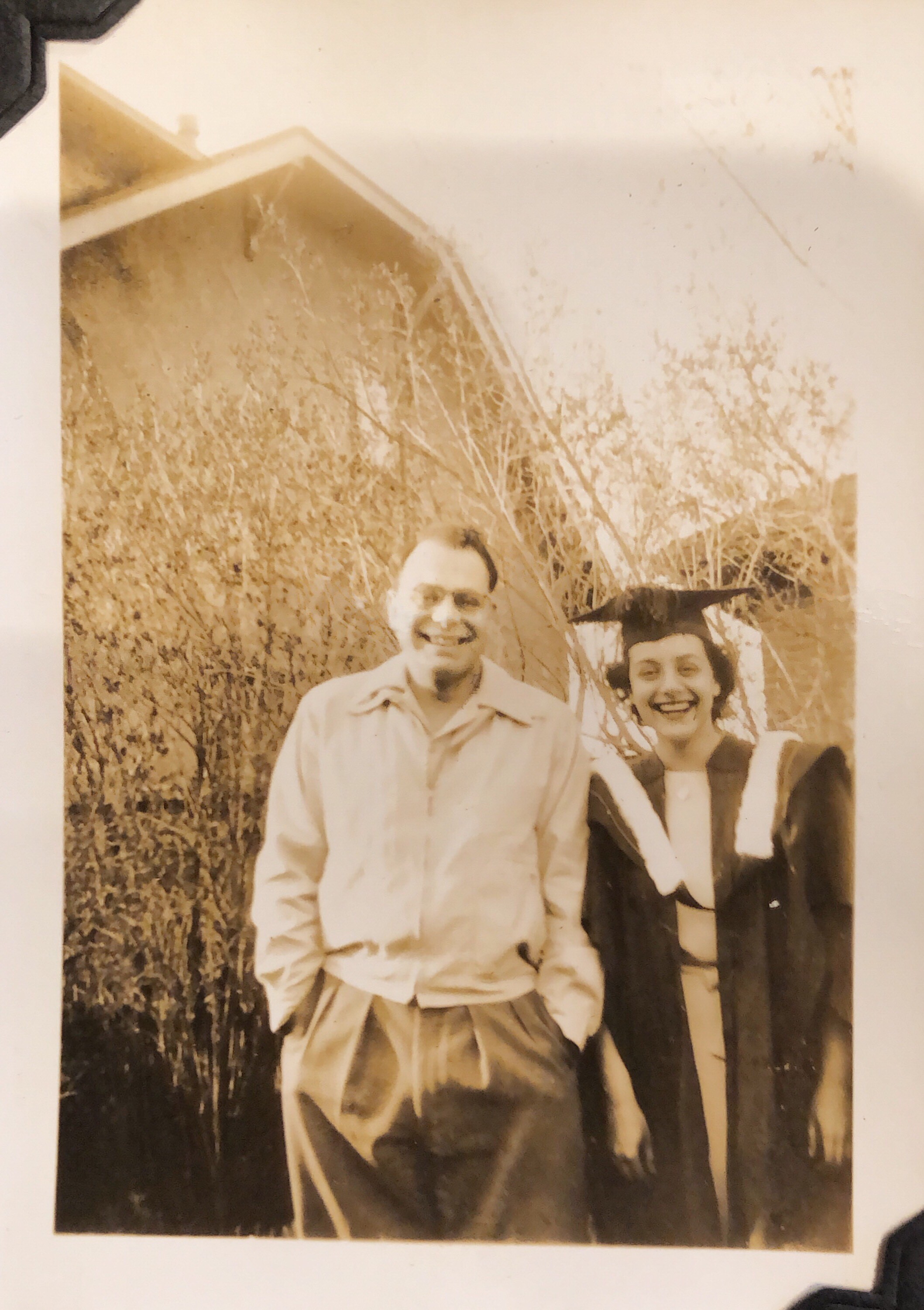 Lottie with her brother, Phil Schachter 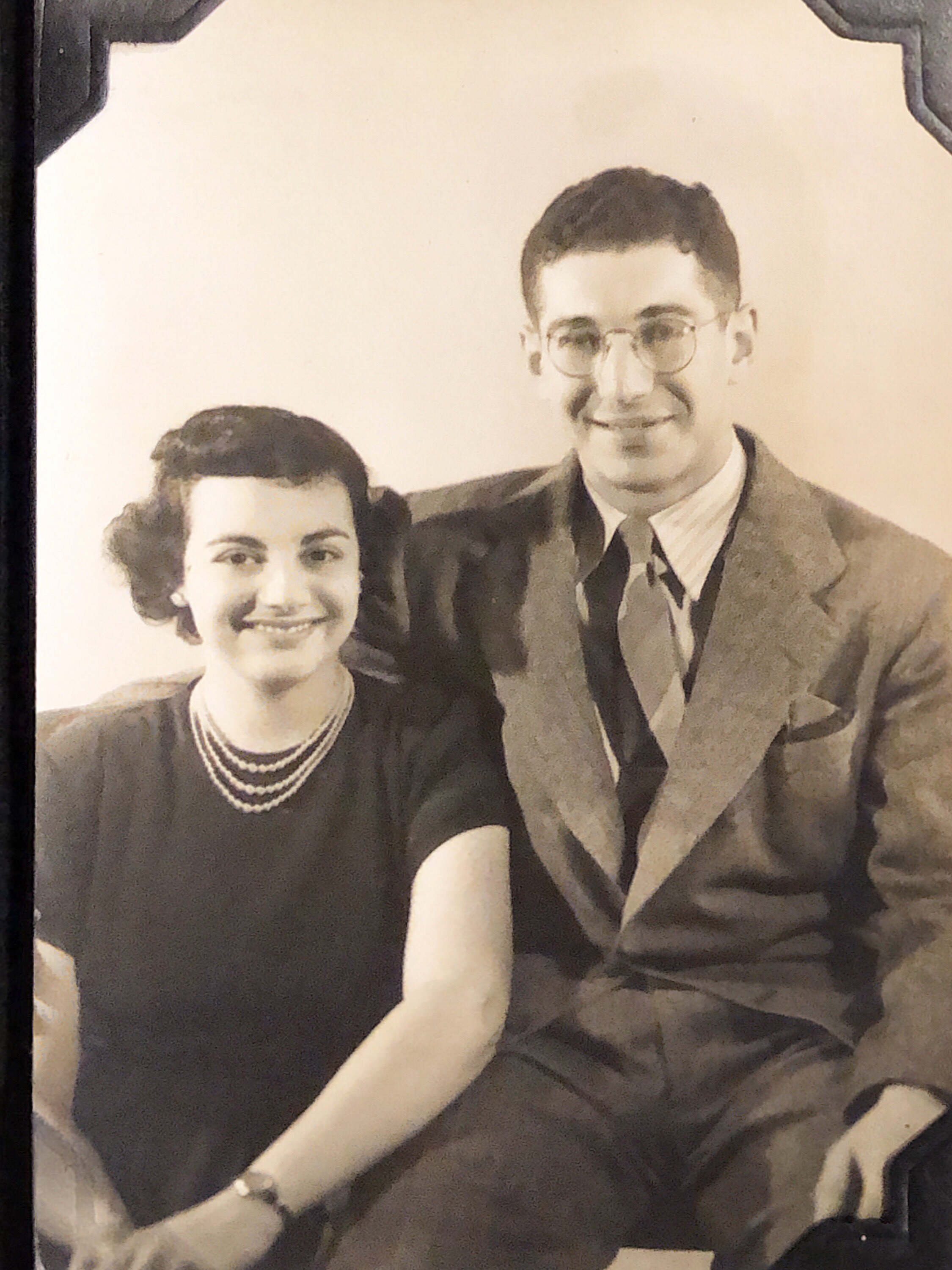 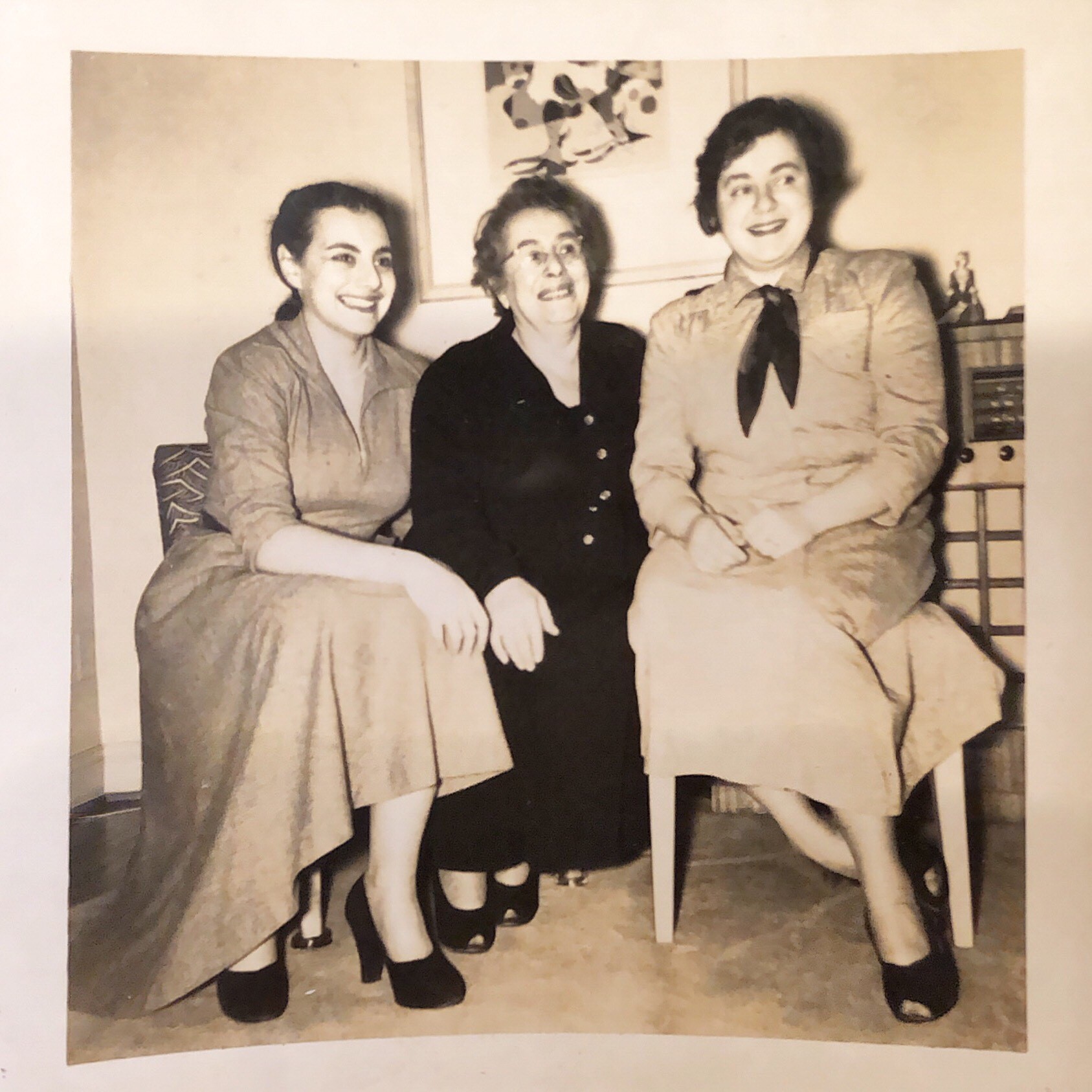 Lottie and Reva Schachter (on the sides) with their mother, Ada in Winnipeg. 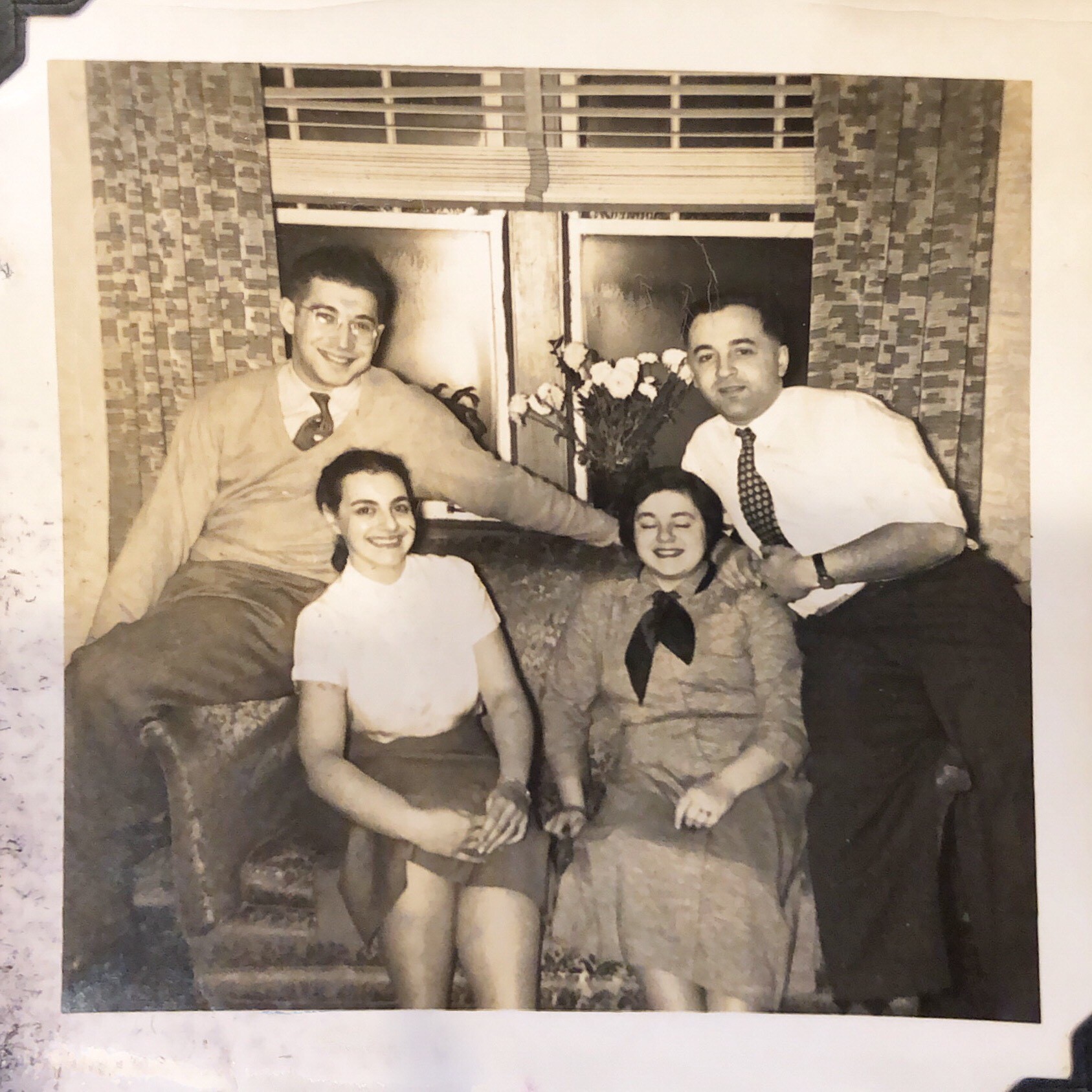 Lottie and Bob Tartell with Reva and Ben Waldman, in Winnipeg

It was a cold night in February 1948 when 21-year-old Lottie Schachter arrived at a house party in the Bronx, hardly knowing a soul there.

She’d just moved to New York City the previous fall, leaving her home in the North End of Winnipeg after graduating from the University of Manitoba to earn a Master’s in economics at Columbia University. She loved Winnipeg, but she quickly fell for the big city — the pace, the excitement, the buzz of life in International House.

In Winnipeg, she was the baby sister to Phil and Reva, and the youngest child of Harry Schachter and Ada Haid. Harry was a gentle man with a generosity of spirit, putting his family and his community first. Ada was a strong woman who cherished her children. Born in England, she was very well-read and modern: in another time, she no doubt would have been an executive, and she ran the household with verve and a clear sense of doing the right thing. Both parents belonged to the schmatta business — Harry with Ladies Craft and Ada’s family with Western Shirt and Overall — and together, they built for their children a very good life.

They lived in a big, red-bricked house at 124 Cathedral Avenue, a short walk to St. John’s High School and not too far from the Shaarey Tzedek, nor from their grandparents’ apartment on Bannatyne Avenue, where they went for Shabbos visits each week.

Winnipeg was where Lottie’s life began, but it was in New York, and specifically that party in the Bronx, where the first lines of her next chapter were written.

Lottie’s friend had somehow scored an invitation to the get-together, and at first, she didn’t want to go, but soon, Lottie’s opinion changed. The party turned out to be the most circumstantial one in her life. “It was there that I met Bob,” she recalls.

Born in 1926, Bob was the only child of Julius Tartell and Ida Saunders, who together ran a candy store in Harlem. Growing up in the Depression, Bob excelled in academics, skipping several grades and graduating from high school at 16. By 1948, he had already graduated from New York University and was getting ready to embark on a six-decade career as a dentist on Long Island.

It wasn’t love at first sight for Lottie and Bob, but it didn’t take long. They had so much in common: they shared a zeal for social justice, a love of music and spending afternoons in museums, and above all, a passionate devotion to their families and friends. He was handsome and witty, with a powerful baritone singing voice and a kind smile, a renaissance man.

Soon, Lottie was home visiting her family, including her newborn niece, and Bob called the house on Cathedral: he asked her to marry him, in part to change his classification for the Korean War draft, but mostly because he knew he’d found someone worth spending the rest of his life with. On July 12, at the Royal Alex Hotel in Winnipeg, they were wed.

Together, they started their married life in Valley Stream, New York, where Bob’s dental practice was. They had three sons — Ross, Marc, and Adam — and like the houses they grew up in, Bob and Lottie filled theirs, first in Valley Stream and then in West Hempstead, with love, culture, and a commitment to tzedaka.

Their children were central to Lottie and Bob’s being: each son was kind and smart, like their parents. The family room in West Hempstead became the music room, where they’d frequently host home shows for neighbours and friends. Ross, Marc and Adam would each play their instruments, while Bob sang standards, often Gilbert and Sullivan. “I played the violin and tried my best to keep up,” Lottie laughs.

In 1963, Lottie was hired by a Columbia graduate who headed the economics department at Hofstra University; she stayed for 42 years, becoming an adjunct assistant professor and the vice-president of the school’s adjunct association. Bob’s practice continued on strong in Valley Stream.

Meanwhile, the couple continued to build their values of social justice and community involvement, both Jewish and otherwise. Bob was a founding member, frequent producer, and on-stage standout of the Gilbert & Sullivan Yiddish Light Opera of Long Island; his dedication to patter songs was almost as great as his love of Yiddishkeit. Lottie was very politically engaged, working closely with Norman Thomas, a renowned public figure who ran six times for U.S. president representing the Socialist Party of America. Invigorated by the Women’s Movement, she began working with Planned Parenthood as a volunteer counsellor; the organization is one she believes is vital to freedom and equality.

They became dedicated grandparents to seven grandchildren, who were the source of great pride in addition to their children and their spouses, who Bob and Lottie treated like daughters. Their three great grandchildren, along with nieces and nephews, were also given the royal treatment in West Hempstead. With Lottie and Bob, who died in 2013 at the age of 87, family was something to be cherished and adored.

Though they’d always been involved in charity, in 2000, Bob and Lottie started the Tartell Family Foundation, a way to ensure that they could carry on their parents’ legacies of righteousness, generosity, and doing the right thing. The foundation supports dozens of organizations, including the ACLU, the Southern Poverty Law Centre, Save the Children, Planned Parenthood, the International Rescue Committee, Homes for the Brave, YIVO, Masorti, Dorot, ORT, and The League for Yiddish.

But Lottie never forgot where her life began, in Winnipeg, a place Bob came to love, too. They felt it important to continue to support Jewish life here, donating generously to the Jewish Foundation of Manitoba as well as other local organizations. Lottie sees it as a way of continuing her grandparents’ and parents’ tradition of giving and social action.

“My ideology is all about humanity,” she says. “All people are worthwhile, and opportunity should be provided to all. I was brought up to feel that way by my mother and father, and I absorbed it.”

It’s her hope that those who read this absorb it, too.