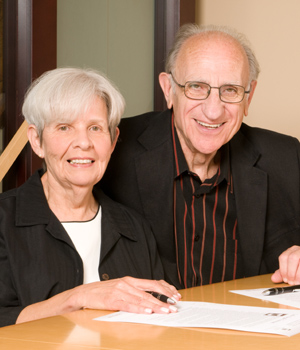 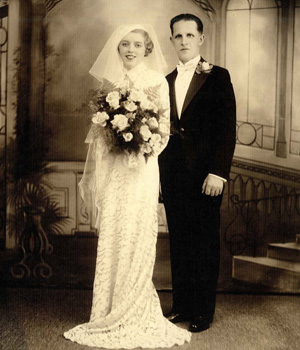 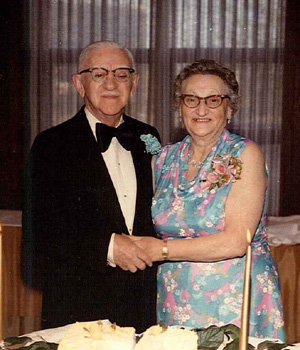 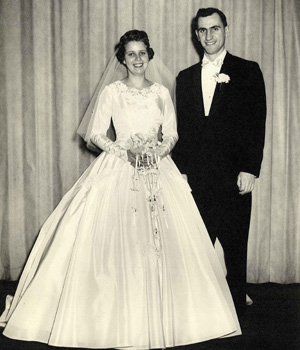 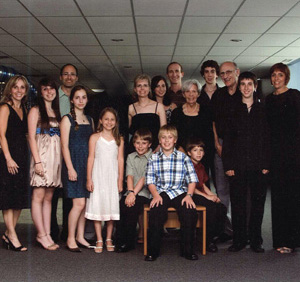 I am proud to be participating in the Endowment Book of Life. Besides my promise for the future, the Book of Life enables me to share my story with others and partake in this extraordinary undertaking as a member of the Jewish community.

I was born on December 30, 1938 to Louis and Mary (Singer) Segal. My brother Martin was born 6 years later and now lives in Phoenix, Arizona.

My father was born on January 28, 1907, the 2nd oldest child of 4 children born to Yossel and Chanah Segal who immigrated to Canada from Zhitomir,Volhynia, Russia. My grandfather came alone to Canada in 1912 to find work so that he could earn enough money to send for the rest of the family to join him. Nine years later, on November 22nd 1921, my grandmother, my father, and his siblings arrived in Quebec City on the SS Corsican. Yossel bought a house in a little community called Pine Ridge northeast of Winnipeg and farmed there for 8 years before moving the family to Salter Street. He died in 1961 at the age of 84 and his wife Baba Chanah died in 1981 at the age of 106.

When my father arrived from Russia he was unable to attend school as he had to help support the family. He worked first as a cattle dealer and later in a warehouse as a shipper until he retired. Life was very difficult and it was a struggle for him to make a living. He loved going to shul and observed all the holidays.

My mother Mary was born in Winnipeg to Max and Jennie Singer on March 30, 1910. She was the eldest child of a family of 4. She graduated from high school and was a piano teacher in her earlier years. She met my father Louis and they were married on August 25, 1935.

My mother was a wonderful cook and loved to bake. We have fond memories of our Friday night dinners at her house and all the yontif dinners with the whole family of 20-25 gathered around a small dining room table. They were happy times and nothing was too hard for her. I can still smell the freshly baked cinnamon buns and knishes which she lovingly made weekly for us. She died on October 1, 1981 at the age of 71. My father died on December 27, 1989 at the age of 82.

My formative years were spent in the North End of Winnipeg. Our family homes were on Salter Street and then on to Boyd Avenue and Burrows Street and from there to Bannerman Avenue. My childhood was full of wonderful neighborhood memories.of good friends, and a warm and loving family. I attended Machray School, Luxton School and St. John's Tech. I also attended night school for my Jewish and Hebrew education at a school which was located where the Etz Chaim Synagogue is now situated. During the summer holidays, as a young girl I worked as a clerk at a drugstore and also as a sales clerk at a ladies clothing store. I looked forward to going to the YMHA on Hargrave Street on Saturday nights where we all got together for social activities. I also took piano lessons for many years which I thoroughly enjoyed.

I met my beloved Saul in November, 1956. After a short courtship we became engaged on my 18th birthday. A year later on December 25, 1957 we were married at the Club Morocco with Rabbi Kravetz officiating. Saul was still going to school to complete his 5th and final year of Chartered Accountancy.

In the early years of our marriage I enjoyed being a stay at home mom when our children were growing up. I was active in Hadassah and held many executive positions in the group. I also worked with Shaarey Zedek Sisterhood for many years on the executive.

As the children were growing older I went to work in the office at the Herzlia Synagogue for a 5 year term which gave me an insight on how the Orthodox people live. I was involved in a jewellery business and also a catering business with some very close friends, both ventures which I truly enjoyed. It was a wonderful learning experience about setting up a business and working together with friends.

Saul and I are now enjoying our retirement years. We love to travel and spend our winters in a warmer climate. We also enjoy playing bridge, golfing, and going to cultural events.

Our greatest joy is when we are all together for Shabbat and holiday dinners with our grandchildren participating in lighting of the candles and saying the blessings. My hope is that these family get togethers will inspire our children and grandchildren to carry on these wonderful traditions.

My story included in the Endowment Book of Life has given me the opportunity to leave a written legacy for our children and grandchildren.