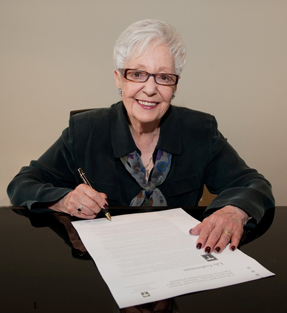 Lily Guberman signs her story for the Endowment Book of Life 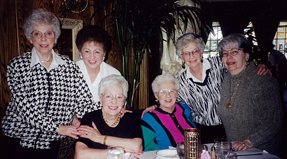 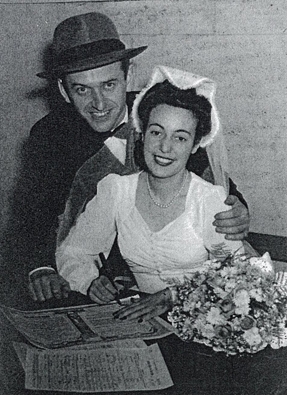 Lil and Wally on their wedding day 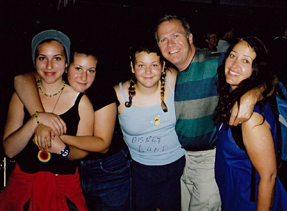 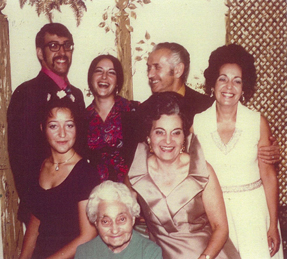 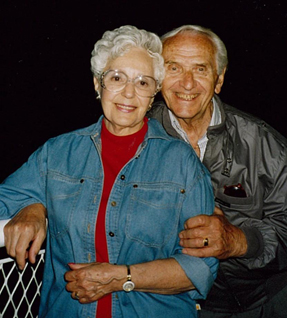 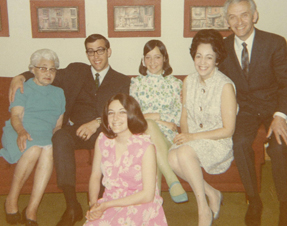 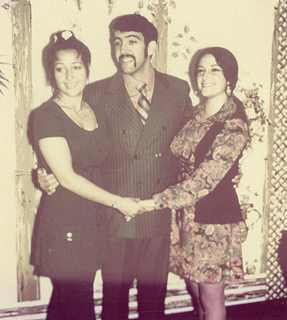 Through 57 years of marriage, Wally and I stood straight by leaning on each other through difficult times and times of joy. Wally passed away in 2003 at the age of 88. Today, my friendships and my memories of a loving marriage and a happy family keep me strong and positive.

I was born as Lil Rose in 1922. My mother raised me and my older sister Bea alone after my father's early demise just before I was born. My mother, Annie (née Dredzen), was born in Lutzen, Latvia, in 1889. She initially settled in Brandon so that she could help raise her sister's six children. There she met and married my father, Solomon Rose, in 1912.

In 1928 when I was six, my mother bought and ran a grocery store at St. Matthews and Agnes. My mother worked hard and provided a loving home. I have beautiful memories of collecting dandelions and my mother weaving them into crowns for me. She made me feel like a princess! I attended John M. King School and encountered occasional anti-Semitism. Sometimes the other kids wouldn't play with me unless I gave them apples and candy; I even recall a teacher who would hit an African classmate and me across the legs and force us to dance.

It wasn't long before my mother moved us to Schultz Street in the North End and I started to attend David Livingstone School. To make a living, she took in borders and ran a kosher restaurant out of our house. We didn't have a lot of money, but I never felt deprived. The move introduced me to wonderful friends and a strong, caring Jewish community.

One fun memory is my first crush at the age of 11. I used to watch a certain boy from Alfred Avenue play baseball at recess and decided that I was going to try to meet him. So, I purposely befriended two girls on Alfred so I would have a reason to go to the street! I never did formally meet the boy, but I did become very close with the girls: Rita Shenkarow (Miller) and Edith Rubenenko (Minuk). The three of us remained lifelong friends. Unfortunately, Rita passed away many years ago; Edith and I remain extremely close.

Our groups of friends expanded to include Gertie Olin (Silver), Faye Wolfman (Katz), Becky Stern (Rosenberg), and later, Annette Simkin (Rosenberg). We shared our dreams, fears, and secrets with each other. Sadly, Gertie passed away in 2005; the rest of us are still around and by the end of 2012, G-d willing, we will all be 90 years young!

When I was 17, my mother and I moved to Trail, B.C., where we had cousins who ran a store. I attended business college and took a job at the store managing the office.

In my free time, I organized a Young Judea group for the handful of Jewish kids in Trail and neighbouring Rossland.

The store owners decided to expand two years later, and they hired a young man from Winnipeg to help them. His name was Wally Guberman. I was the only Jewish girl in Trail at the time, so Wally had to compete against the other young men for my attention! He pursued me enthusiastically, and even proposed to me four times! I liked him a lot and knew I would eventually say yes.

After living on College and Smithfield, we raised three children in our home on Enniskillen Avenue: Brian, Sandra, and Marla. My mother lived with us as well and was a loving and active baba. You couldn't top us as a family. The house was full of love, music, and laughter as we celebrated each other's company and performed for each other. We also revelled in vacations in Detroit Lakes where we swam, sang, and laughed together for three years with the same three couples and their children: Gert and Dave Silver; Faye and Av Katz; and Pearl and Kurt Terhoch.

Brian was a teacher and a talented entertainer who performed at the Hollow Mug and appeared as Perchik in Rainbow Stage's Fiddler on the Roof. Sandra was an excellent actress with a deep passion for theatre. Marla is a very talented musician with a great gift for composing her own music. We were blessed with three dynamic, remarkable children.

In 1978, Marla married Henry Berchard. They love living in Victoria with their three daughters: Fairen, Sefirah, and Hannah. They manage their own property appraisal company and I enjoy visits with them in Victoria and in Winnipeg.

Tragedy struck in 1974 when Brian mysteriously disappeared while travelling, and his fate remains unknown. Sandra died suddenly in 1979 of an aneurysm at the age of 28 while working as an Assistant Professor at the University of Alberta. Wally, Marla, and I were devastated but did our best to focus on the positive and stay strong.

Wally and I continued to build a beautiful life together. He ran Goodwear Glove, which became a successful company. I loved joining him on business trips to Hong Kong, and we delighted in going to our condominium in Hawaii. We had a wonderful social life and I was active in Pioneer Women.

Today I like to read, follow sports, go for lunch with my friends, and read articles on the Internet.

My life has been enriched by remarkable friends and family who made the hard times bearable, and the good times indescribable. My gratitude and love run deep for my niece and nephew, Geitie Kramer and Sheldon Bendel; the Frohlich families; the Silver families; my daughter, Marla, and her family; and many other dear and special people.