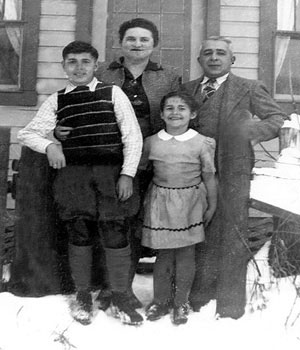 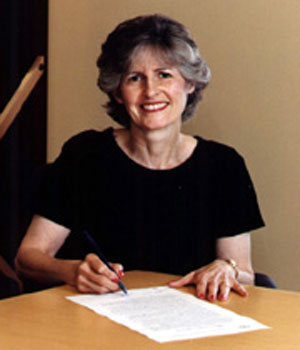 My parents, Eva Zelman and Max Bober were born in different villages in Poland in 1904. In the early 1930's both came to Canada and met through a mutual relative. They were married in 1935. My Mom had been sponsored by her relatives, the Stern family, and was the only one of her family to immigrate to Canada. Except for two nieces and a nephew who escaped to Israel after the war, her family, who numbered 48, all perished in the Holocaust.

Our home, in Esterhazy, Saskatchewan, was strongly Jewish and it took great sacrifice for my parents to keep kosher in this small town with only three Jewish families. My parents owned a general store, and my brother Harold and I helped when we were not in school. My brother later moved to Winnipeg to attend the University of Manitoba and, at the age of 16, I followed. Winnipeg was chosen because of my father's relatives and because we wanted to be part of an active Jewish community. A year later, in 1957, my parents also moved to Winnipeg.

At the University of Manitoba, where I earned Bachelor of Arts and Bachelor of Education degrees, I became involved in Hillel and the Student Zionist Organization. I also enjoyed the Glee Club and the Debating Society, and especially my volunteer work at the Sharon Home. Upon graduation, I began my teaching career and for the next 35 years I taught primarily Mathematics and English to grades 2 to 12.

On August 22, 1961 I married Hersch Zentner and we later had two children, Pamela, who is now a nurse, and Ali, who is a doctor. Our pride and joy is our grandson, Jonah Samuel Posner.

Both of our daughters attended Jewish day schools as Jewish education was a very important part of our lives. I taught in the Jewish school system for 23 years and was very involved at the Joseph Wolinsky Collegiate, both as a teacher and with the Parents' Association. I served on the Executive of the Winnipeg Jewish Schools Teachers' Association for many years. I have also enjoyed my involvement with the Manitoba Association of Math Teachers, B'nai Brith, and the Shaarey Zedek Synagogue.

I believe that the Winnipeg Jewish community is a wonderful one, and that the Campus is an excellent place to uphold Jewish community life. Also, Jewish education is so important for the future of the Jewish people. All Jewish children are precious and should have the opportunity to have a Jewish education so that they can truly appreciate the value of their heritage, their traditions, their religion and their community.