Lillian and Jack Horlick, by their daughter Ellen Elchitz 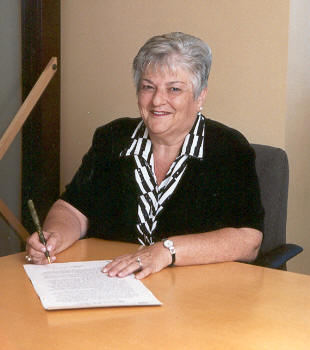 Ellen Elchitz signs the story of her parents, Lillian and Jack Horlick for the Endowment Book of Life

When I reflect upon my parents' life together it confirms my belief that "opposites do attract" and make good marriage partners.

Lillian (Katz) the daughter of Samuel and Rose lived a typical Jewish life growing up in Winnipeg on Powers Street with her two brothers and two sisters. My mother attended public as well as parochial school, belonged to Zionist organizations but most of all she remembered the Winnipeg Snowshoe Club, as that is where she met her future husband, Jack.

My father's life was much less stable. When his father died he and his four brothers were placed in the Jewish orphanage on Matheson Avenue, while his two sisters continued to live with their mother. This experience was to colour much of his outlook on life but never broke his adventurous spirit. It was while working in one of his numerous early jobs for about $1.00/week that he had the good fortune of being asked to deliver a fur coat to a lady. Receiving a $1.00 "tip" was enough for him to realize that there was money to be made and soon after, in the depths of the Depression, he was off to Vancouver, to learn the fur business from the Hudson Bay Company. It was at this time that my Katz grandparents took their daughter Lillian to B.C. so that she could marry her boyfriend Jack Horlick.

Now married my parents moved to Trail B.C. where they opened a store with living quarters in the back. It was an indication of my mother's character that wherever the family lived she made it "home". Although there were only a few Jewish families in Trail they all made the efforts to live a "Jewish" lifestyle making sure that there were "high holiday services" and that Jewish traditions were taught to the young children as they were growing up. Now with three daughters, my father always spoke of his "4 queens", they decided it was time to move to Vancouver so that their children could associate with a larger Jewish community.

My mother kept a warm and comfortable home while my father became a travelling fur salesman. When he reached Prince George B.C., he saw a golden opportunity to get into his own business of furs and Indian curios during a very bustling northern economy. With his two eldest daughters married and on their own, he packed up my mother and youngest sister and headed to the North Country to secure their fortune.

Upon retiring they bought a home in Richmond B.C. but more in keeping with his spirit and Mom's willingness to try, they purchased a motor home as well and spent the next eight winters travelling to Mexico. The opportunity for their daughters, sons-in-law and grandchildren to visit were never missed and provided very solid family memories. When driving their vehicle became too difficult, they purchased a mobile home in San Diego California where they spent the next 10 winters which proved to be a continuous source of joy to them and their children.

As my father took sick and moved into the Louis Brier Nursing Home where he lives today, my mother took it upon herself to attend to his needs and improve his quality of life. With her impeccable timing and quiet assuredness she also moved into the nursing home for both herself and for my father, until she took sick and passed away. My memories of my mother are that of an extremely kind and ageless woman who treated everyone she knew with fairness and great respect. She always made people feel comfortable in her presence and had an amazing love for all mankind no matter what their ethnicity. My father, who is a valuable antique, still remains loving and feisty. He has not lost his sense of being and warms to the voices of his children and grandchildren. At times, that mischievous twinkle in his eye still shines and he continually puts smiles on the faces of those who are around him.

To my mother who is gone and my father who is frail please know that your entire family have all learned to live life better through your own examples.