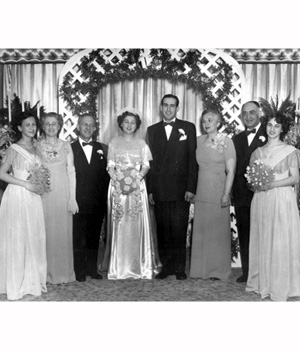 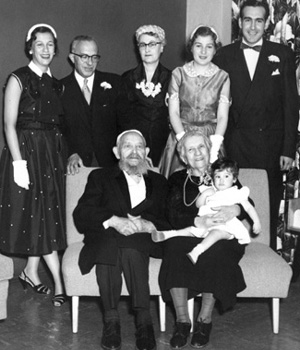 I come from a family which is deeply rooted in Winnipeg and committed to support of the Jewish community. My grandparents, Hattie (Lauer) and Joseph Wilder and Anne (Secter) and Alex Cantor were always actively involved in both secular and Jewish organizations. It is from the example of my grandparents and my parents, Phyllis and Marshall Wilder, whose participation in, and contributions to Jewish cultural life, inspired my personal involvement and interest in community service. My parents and grandparents also provided me with a love of cantorial music, the theatre and the arts in general, which have developed into very important components of my life.

I grew up in the South End, and attended River Heights, Kelvin and Ramah's after school program for basic Jewish education. After high school, I attended Bradley University and the University of Miami, where I took commerce courses, majoring in international marketing. This led to a career in retail, manufacturing, consulting, and since 1992, teaching international trade at Red River Community College.

My volunteer work has included serving as President of Jewish Child & Family Services, Vice President of the W.J.C.C., Vice President of Programming for the CJA Women's Division, Chair of Asper Scholarship Committee of Hebrew University, and a member of the Manitoba Historical Society where for many years I spearheaded fundraising for the Dalnavert Museum. I was also active in founding the Women's Endowment Fund Committee of The Jewish Foundation of Manitoba and acted as the first chair of the WEF Grants Committee.

Through my volunteer activities and my career, I have a comprehensive perspective of the Jewish community within the broader community. I have a concern that we are not who we think we are - we perceive that we are very open to others, when in fact, we are not inclusive and quite mired in traditional ways of doing things. I feel that it is important that we become more accepting and more respectful of "diversity" in every sense of the word. We need to be welcoming of others, external in our focus, and creative in our approach so that traditional ways of doing things are not always the norm. I believe and hope that by this kind of approach, the community will grow and flourish.