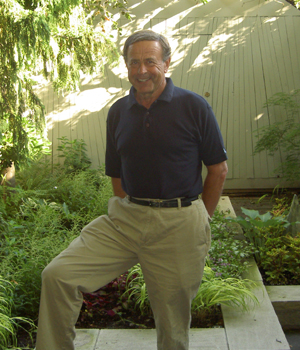 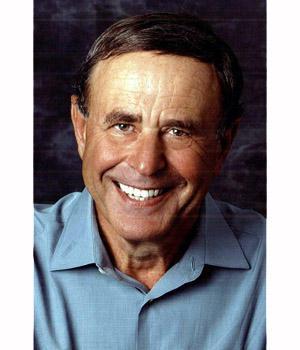 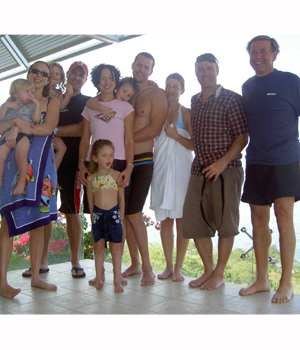 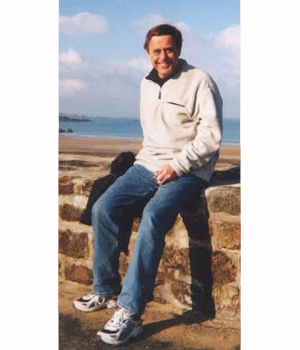 Len Rutman has lived away from Winnipeg for more than 30 years yet he still feels a strong connection and devotion to the city of his youth. In fact, Len believes that much of his success in life is a result of his upbringing in Winnipeg's north end and the unique ethics, attitudes and values intrinsic to the city and to the Jewish community here.

Len was born in a work camp in Semipolatinsk, Siberia in 1944 where his Polish born parents, Fiszel and Luba (Levine) Rutmanowicz, were interned during the war.

In 1945, after learning that they had both lost most of their immediate family members in the Holocaust, they found their way to a displaced persons camp in Germany. Len's sister Alta (Sigesmund) was born there. Four years later the family moved to Israel, but finding life too difficult there and wanting opportunities for the children's future, immigrated to Winnipeg in 1951. Len's brother, Sidney, was born here.

Life in Winnipeg also had its share of hardships, although Len does not recall ever really feeling poor or deprived. His mother stayed at home with the children while his father, a tailor by profession, did seasonal work in a local factory. The family initially lived on Jarvis Avenue and then on Anderson, and Len briefly attended classes at the Sholom Aleichem and the I.L. Peretz schools. He was tutored by a Rabbi in preparation for his Bar Mitzvah, and was active with the YMHA and AZA. He also enjoyed several summers at B'nai B'rith Camp, thanks to the support of the community. He remembers feeling as though the whole world was Jewish.

Len attended school at Aberdeen, Champlain, Machray and St. John's Tech. As it was extremely important to his parents that their children receive a proper education, all three attended university and received post graduate degrees. Len graduated with a B.A. from United College, and then pursued his Masters of Social Work at the University of Manitoba, thinking at the time that he would like to become a camp director. He married in 1967 and a year later began a three year teaching stint in the Sociology Department of the University of Winnipeg. He then began PhD studies at the University of Minnesota, graduating from there in 1973 and accepting a teaching position at Carleton University in Ottawa. He became an expert in evaluation research, publishing several scholarly works on the subject, and overall enjoyed the academic life.

After several years of teaching, Len's career took an unexpected turn when he was invited to join Price Waterhouse as a consultant. He eventually became the National Managing Partner of the consulting practice and Vice-Chairman of the firm, moving to Toronto in 1994. Additionally, he developed Foster Care for Children, a program that sought secure family settings for high needs foster care children in several U.S. cities. More recently he developed a similar program in Ontario, which today is managed by his daughter Jennifer, who lives in Toronto with her children Ethan and Paige. Len's other daughter, Elisa, and his son Marshall, live in Vancouver. Elisa also has two children, Drew and Ben.

Len is close to all three of his children and sees them and his grandchildren often. Retired since 2003, he enjoys skiing, reading, golfing, traveling and relaxing at his Muskoka cottage. He comes to Winnipeg four times a year to visit his mother who lives in the Sharon Home, and each time he returns he is reminded about just how much he owes the community — both for its support while he was growing up and for the support it provides to his mother. Now that he has the time and the resources to give back he is more than happy to do so. The community helped form who he is; now it is time he helped form what the community can become.