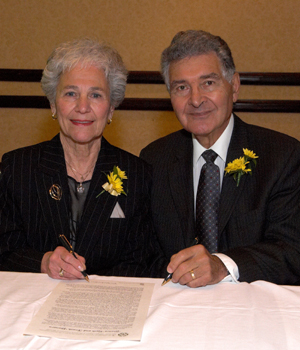 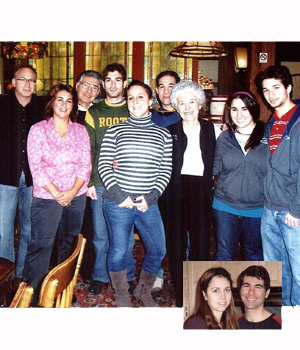 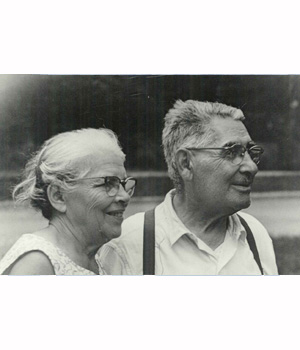 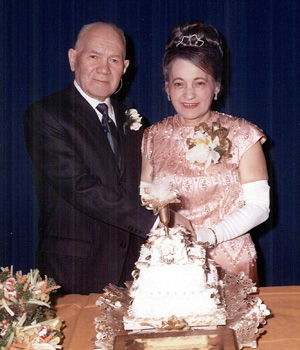 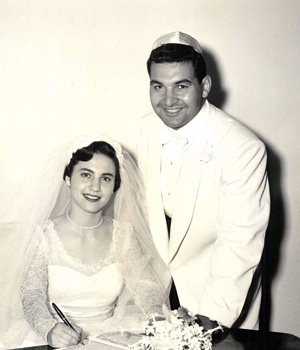 Leah and Jack Kaplan are aware of how fortunate they are. Married for 53 years, they have lived in their Garden City home for 49 of these, enjoying the company of their children, grandchildren, and many lifelong friends. By becoming signers to the Endowment Book of Life, they hope to share some of their good fortune with others and help the Jewish community remain vibrant well into the future.

Both Jack and Leah were born in Winnipeg and have lived here all of their lives.

Jack's parents, Ralph and Sarah (Subich), came from Russia in 1912 and 1914 respectively. They were married in Winnipeg and spent the next two years in Lamont, Alberta, where the first of their six children was born. They moved back to Winnipeg and owned a grocery store for the next 50 years. Jack, the youngest, was born in 1929. During the Depression, Sarah utilized her expertise as a dressmaker to help supplement the family income. Ralph also found time to spend several years as a member of the Hebrew Sick Benefit Association.

Jack grew up on St. Johns Avenue and attended Machray School and St. John's Tech. He also attended the Talmud Torah for one year and had home tutors after that. Jack was always very involved in school activities, particularly sports, in which he excelled. He played and coached several sports including football, basketball and track. He also sang in the school operettas. He was active at the YMHA and with the Air Cadets. As a Boy Scout leader and a Red Cross swimming instructor, Jack discovered a love of teaching. He had good friends and neighbors and remembers a pleasant childhood.

Leah's childhood memories also are of good friends, a warm loving family, and fun at school. Her parents, Morris Fisher and Bella Pollock, came to Canada from Russia as children with their respective families. They met and married in Winnipeg when Bella was 17, and Morris began working as a tailor. Their two sons, Sydney and Irvin, were born in 1920 and 1925. Lillian Gertrude (Leah) came along in 1933. Feeling the effects of the Depression, Bella started selling dresses door to door when Leah was a year old, in order to supplement Morris's income. Her success with this led her to open Belle's Fashion Shop on Osborne St. The shop required her to work long hours. Leah, so much younger than her brothers, was cared for by a housekeeper until age 11, when her Zaida Fisher moved in with the family and began looking after her.

Leah attended school at Strathcona, Champlain, Luxton, St. John's Tech, and finally United College Collegiate. She attended Talmud Torah night school located in the Jewish orphanage, took piano lessons and enjoyed ice skating. She belonged to Young Judea, Habonim and the YMHA, where she was active in the FGO girls club. While it was important to her parents, who were self taught, that their children receive a post secondary education, only Leah continued on to university at United College, leaving one course short of an arts degree when she and Jack married on July 7, 1954.

Leah belonged to Delta Phi Epsilon Sorority and met Jack at one of their formal dances when he was there on a blind date with one of her best friends. Ten months later, he asked her out. They became engaged four months later and married within a year. Jack was already teaching in Winnipeg at this time, having completed a Bachelor of Science Degree in Education at Bemidji State University, majoring in Physical Education with minors in Biological Sciences and Health Education. While teaching during the year, Jack spent several summers at the University of Minnesota, completing a Master of Education degree. After teaching high school for 10 years, Jack moved to Red River College for the next 27 years before retiring. In addition to teaching, Jack has always enjoyed many hobbies including golf, photography, and gardening. He is a past president of the Manitoba Gymnastic Association, a sport he was active in for many years. He is currently active in the sport of badminton, and is a nationally ranked umpire, one of the oldest active ones in Canada.

Although Leah worked for her mother before marriage, she chose to be a stay-at-home mom with her three children - Leonard, born in 1955, Susan in 1958 and Alan in 1962. When Bella retired in 1972 after 40 years in business, she asked Leah to take over the store, but Leah declined. By then Leah was one of the few women in her neighborhood who did not work outside her home, and she enjoyed being around for her own children and for all the neighborhood kids as well. Intermittently, she did some volunteer work at an inner city school and the Children's Hospital. Summers were spent family camping.

Leah and Jack remained avid campers for years after their children were grown and left home. Leonard was married to Sharon Slayen and they have two daughters, Blair and Alana. Susan is married to Neil Rykiss and they have two sons, Matthew and Shaun. Alan is married to Janice McMichael, and they live in Vancouver, B.C. Leah and Jack only recently gave up camping in favour of exotic vacations, usually in the winter to Spain and most recently to China. In between their travels, they enjoy the familiarity and comfort of their community, their neighborhood, and their home.