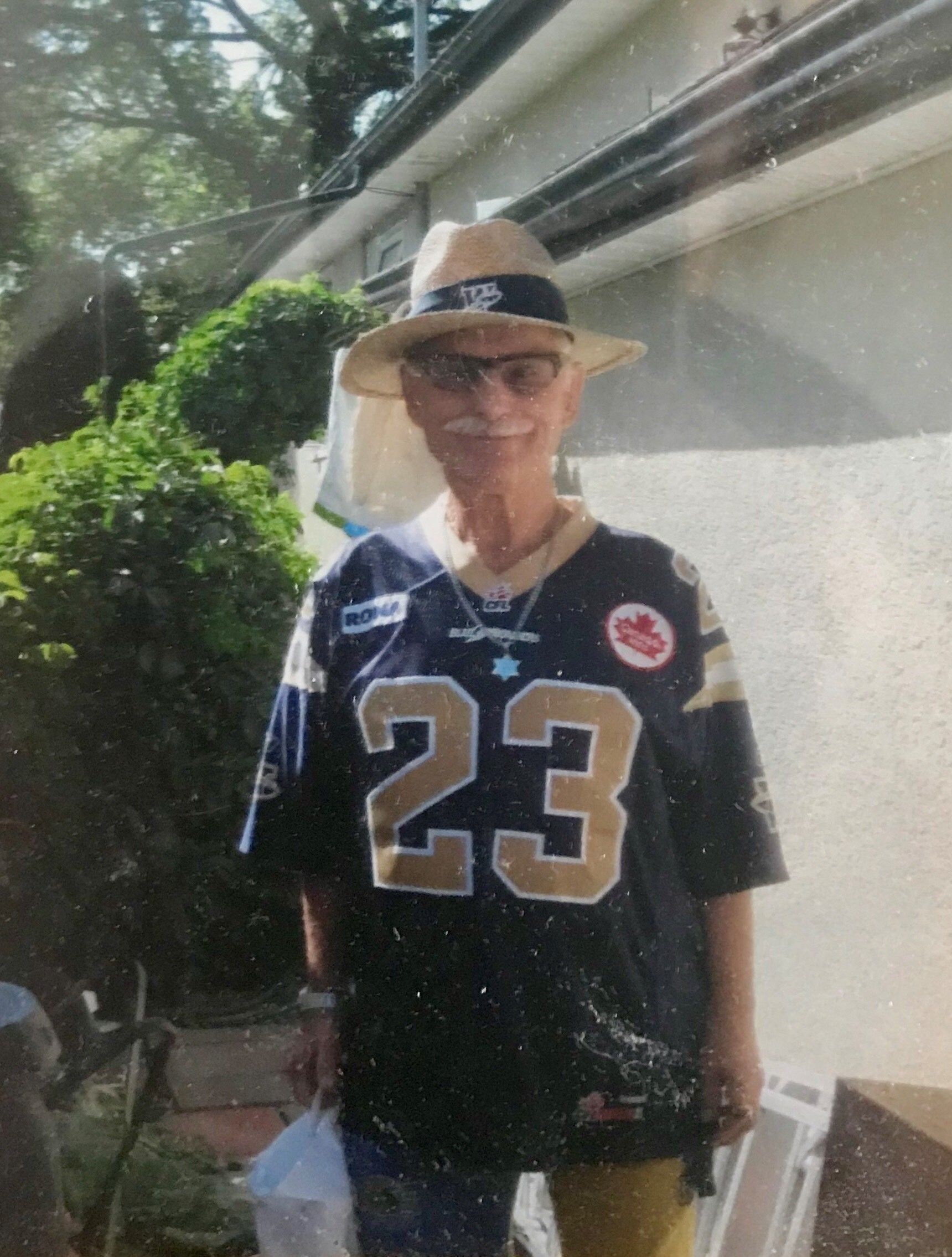 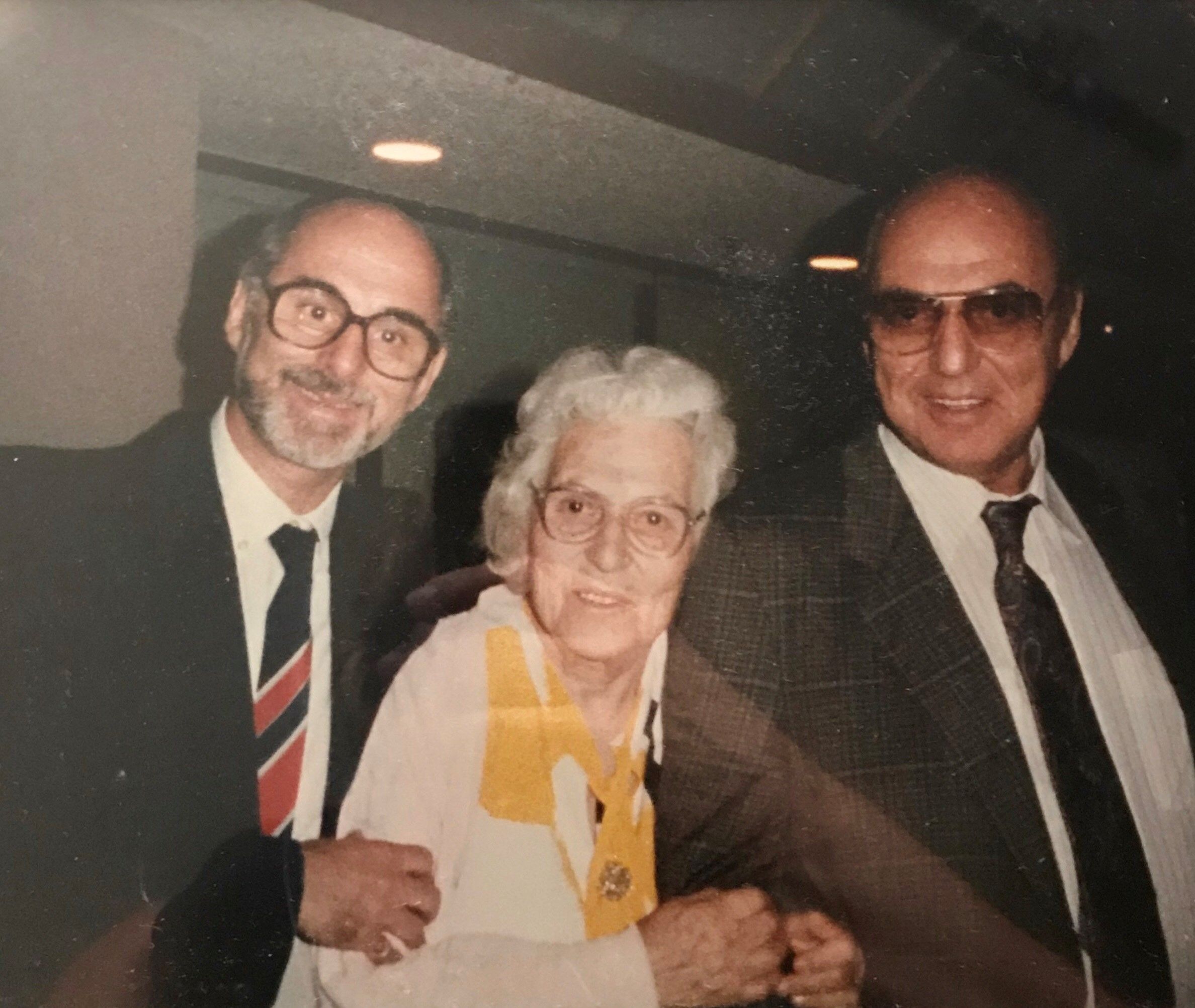 Lawrence and Donald with their mother Anne 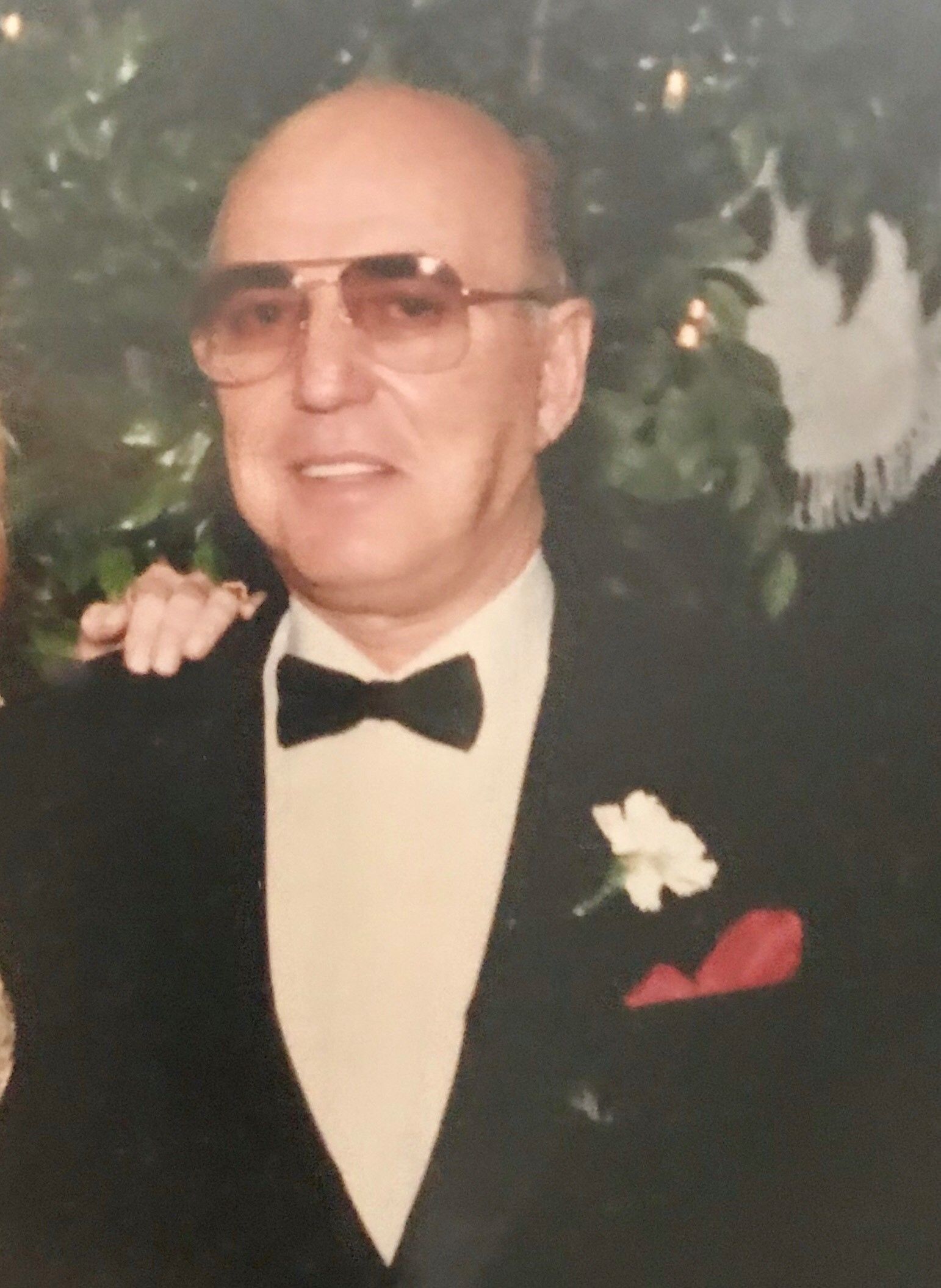 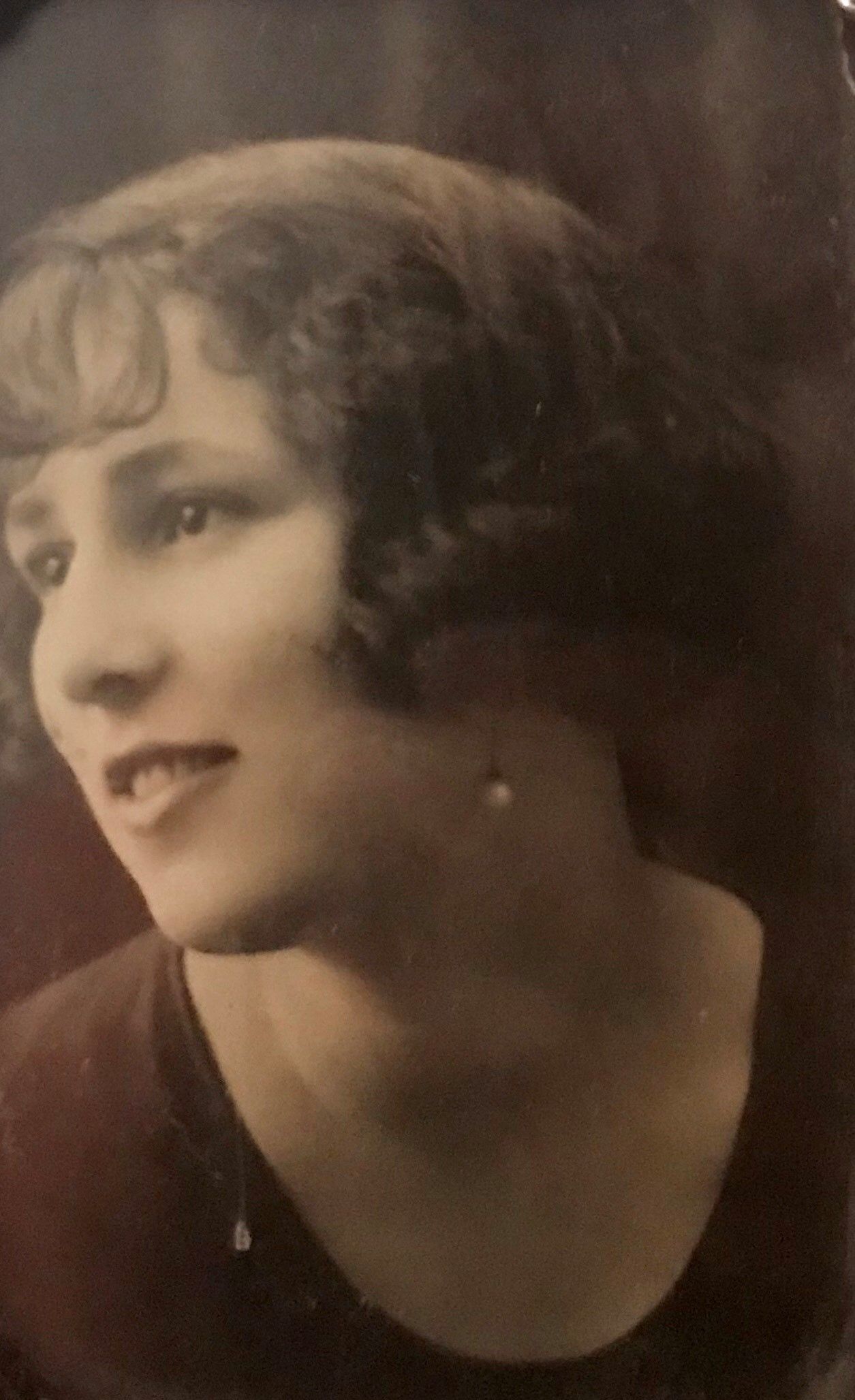 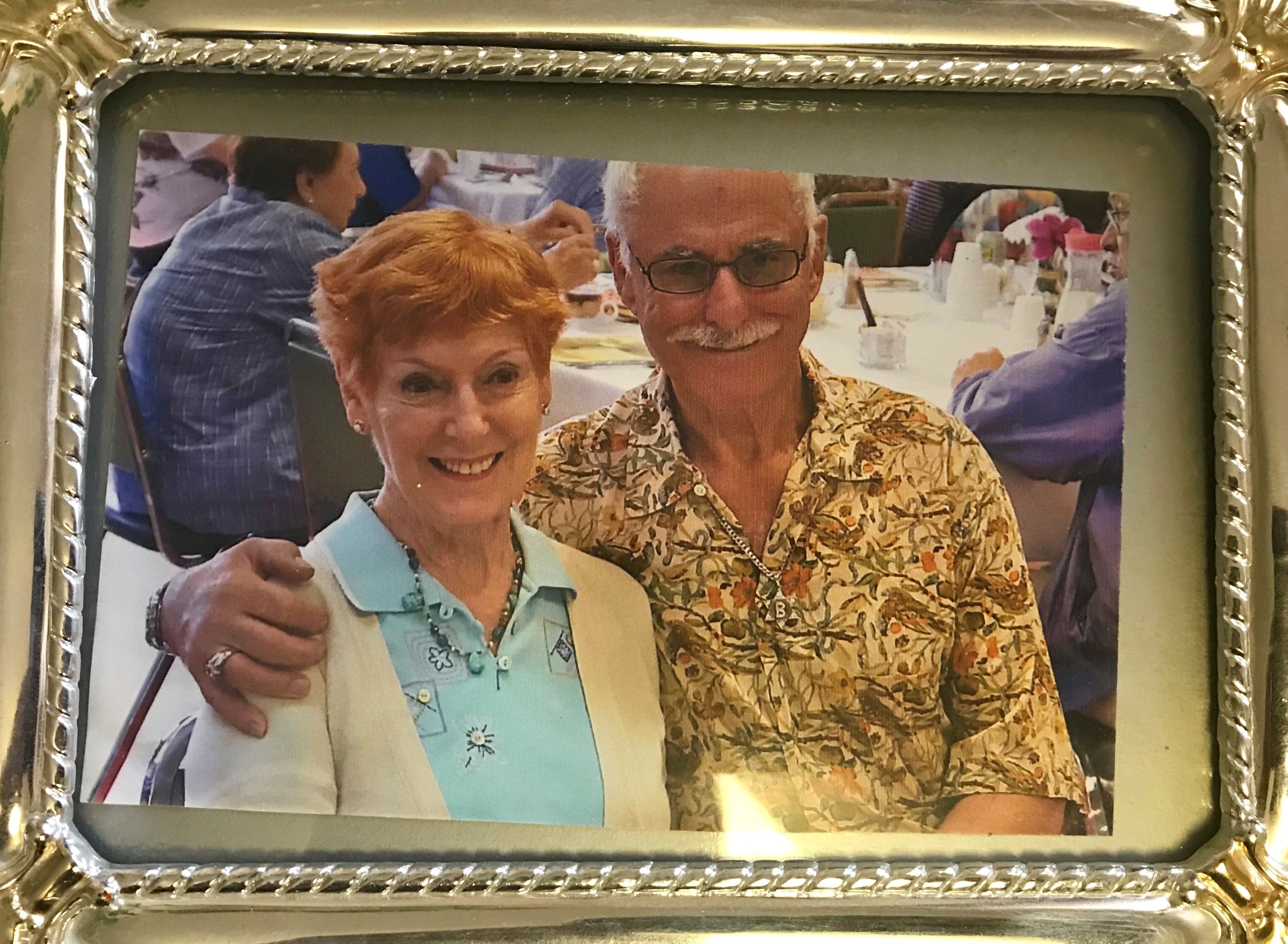 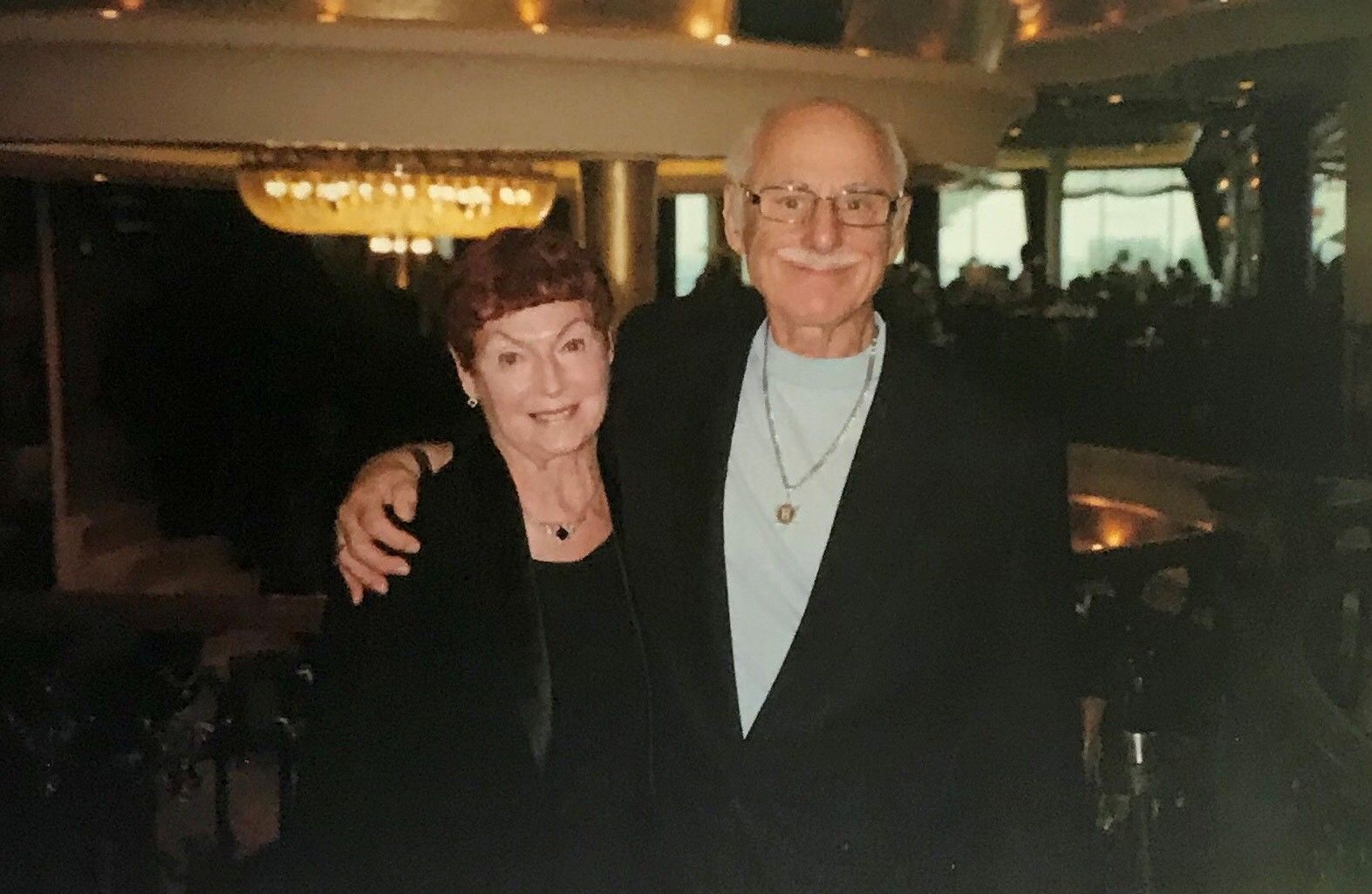 "Lawrence Berman was born on January 23, 1933 in Winnipeg, Manitoba. His parents were Anne (Newhouse) and Chaim Baruch "Bert" Berman, and he had an older brother by seven years, Donald. Both of his parents had immigrated from Russia as young children, together with members of their families.

Larry was raised in Fort Garry and attended General Byng School, General Steele School and the newly-built Viscount Alexander School, where he convinced the authorities to choose blue and gold as their new school colours. This came from an early interest in the Winnipeg Blue Bombers, which turned into a life-long passion. He recently received the life-long fa certificate from his favourite home team.

When Larry was 7, on October 24, 1940, his father died suddenly in a traffic accident on Pembina Highway. Growing up without a father was a huge loss for Larry, one which took a toll on his friendships and his direction in life. His older brother Donald left school and started working to support his mother and brother.

After high school, Larry pursued the printing industry, and then took a course in hairdressing at Marvel in Toronto and became a lady's stylist. When he realized that a large percentage of his income was required by the proprietor he changed career paths and moved into the hotel industry, working first as a doorman at Hotel Vancouver. After stints at a number of other hotels, he spent 18 years as a bellman at the Delta Chelsea Inn in Toronto. He enjoyed serving people, meeting guests from all over, and rubbing shoulders with important people such as the Head of the Supreme Court of Ontario, and the Queen!

In the meantime, Donald had built a successful business. He had joined a travelling carnival at the age of 15, then tried his hand at selling dry goods, and soon returned to the carnival and fanfare circuit. He was delighted with the opportunity to bring joy to children and families, and he also became educated in the business of selling souvenirs. He eventually made it his goal to have a souvenir stand at Expo 67, which he did. Both his stand, and the fair, were a huge success and he stayed on at La Ronde operating some 20 rides and games there until the mid 1980's. He started a plush toy manufacturing facility in old Montreal, and also Donald Berman Enterprises, a business that imported toys, games and giftware for the souvenir and dollar store market. He never forgot his humble roots and was a huge benefactor to many organizations, as well as to thousands of the children from the city's orphanages and impoverished neighbourhoods.

When Lawrence's mother became ill with Alzheimer's, Donald suggested that he would provide Lawrence with an income if he would go home to Winnipeg to take care of their mother. Although Lawrence was a natural caregiver, he took a course in how to care specifically for someone struggling with Alzheimer's, and for eight years he lovingly cared for their mother until she passed away on April 8, 1994.

Along with the Blue Bombers, Lawrence is a big fan of the sport of curling and he spent 40 years on a variety of teams. Other interests have been playing bingo, the Stay Young Group at the Rady Centre, and the wonderful variety of activities held at the Gwen Secter Creative Living Centre.

His brother's generosity extended to the use of a vacation home in Hollywood, Florida and Lawrence has spent many wonderful winters down there. This privilege continued after Donald's passing in November 2001 and in 2002 Lawrence was fortunate to meet Grace 'Gitel' Bernstein, originally from New Jersey, who has been his friend and companion ever since. They have enjoyed many cruises together, have travelled to Israel, and have shared many visits to museums, the theatre, and a wide variety of short excursions. "We have had so much fun," says Lawrence, "she has been a very good girlfriend."

Although recent illness has robbed Lawrence of his joy of living, when asked what message he would like to leave to the community he says emphatically, "Be Happy!"

"Put that on my tombstone," he adds with a twinkle.