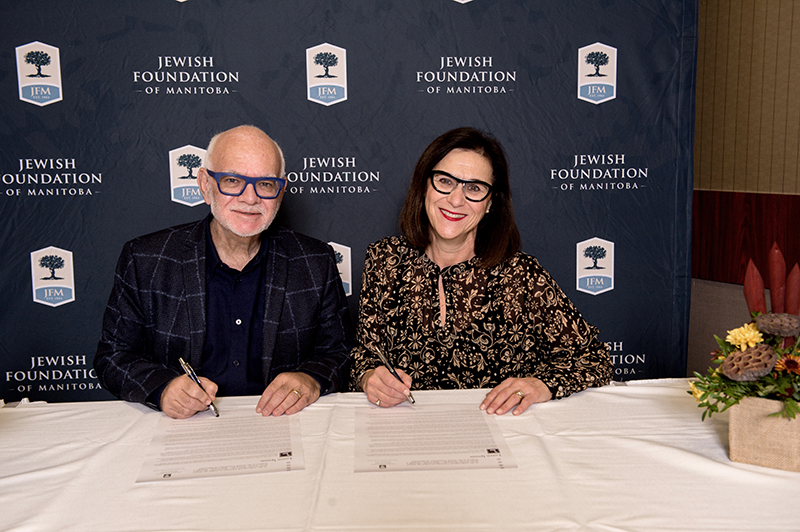 Laurel Malkin, along with her husband David Folk, sign their stories for the Endowment Book of Life 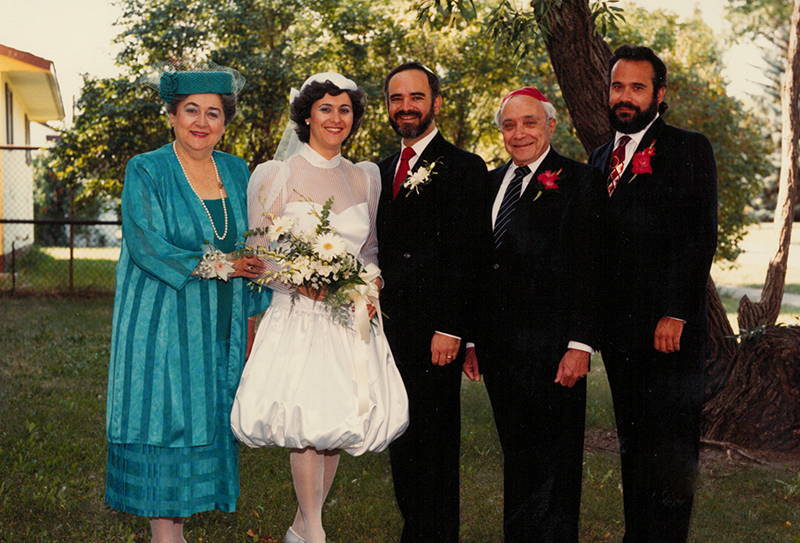 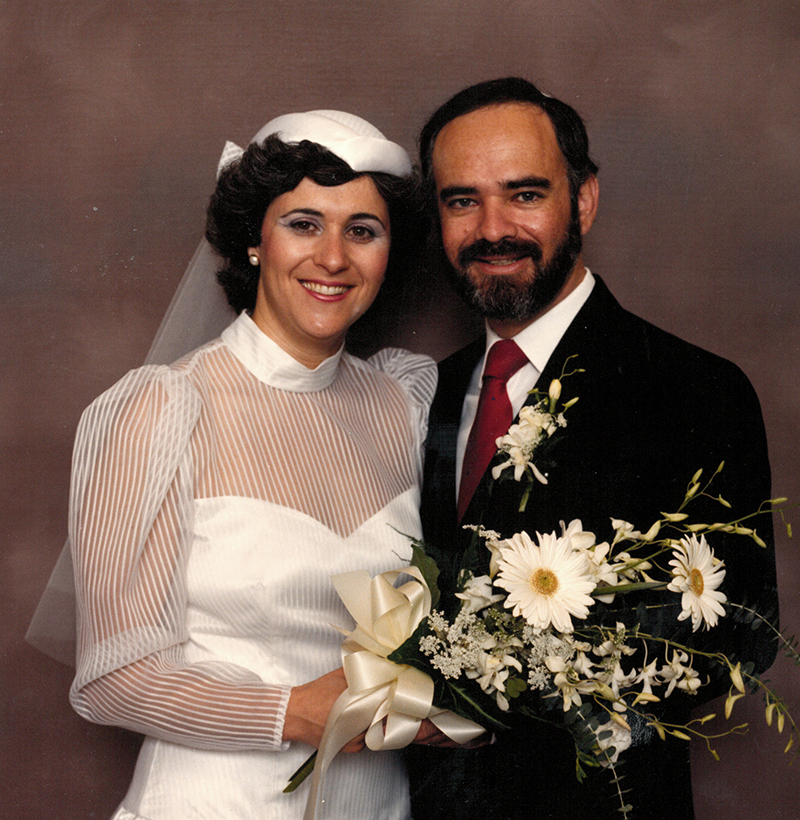 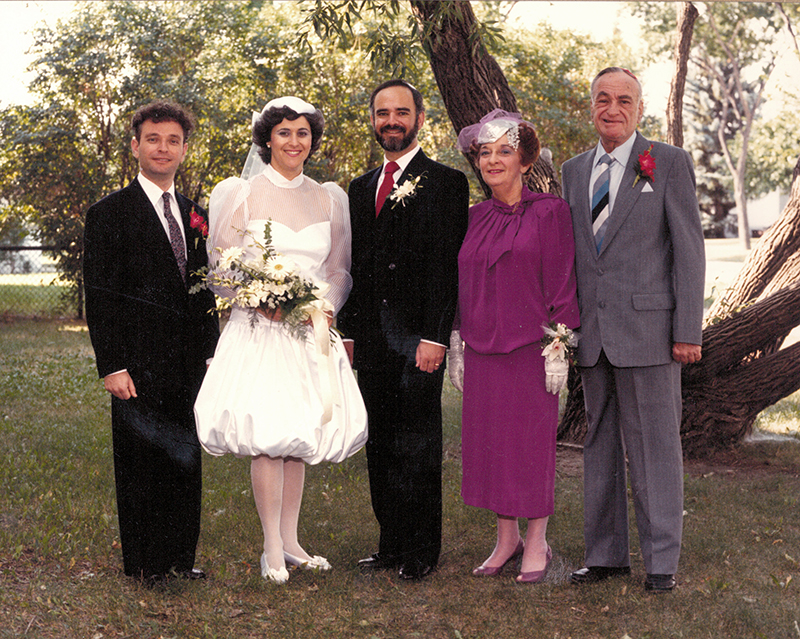 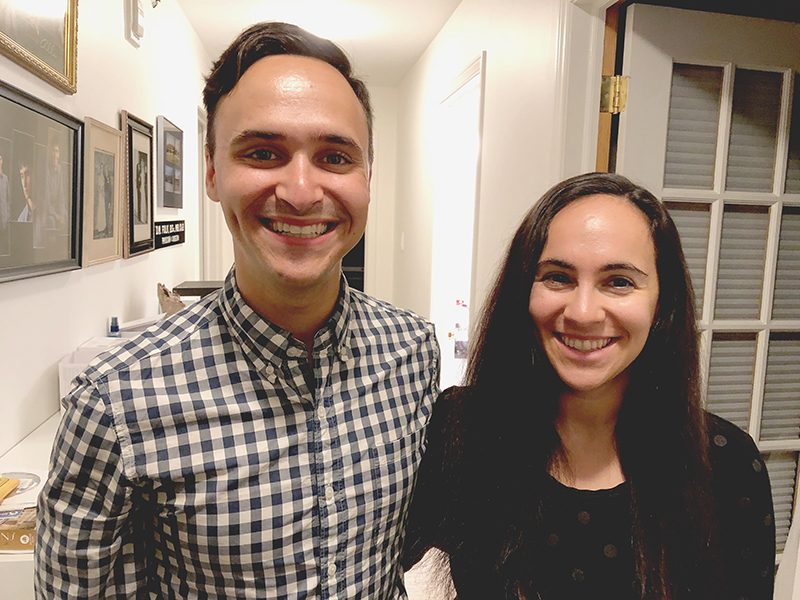 I'm a retired teacher, an active volunteer, and for ten years, I was the Rebbetzen of Russell, Manitoba.

I grew up with my brother Murray on Cordova Street near Fleet Avenue. My dad, a dentist, was one of the founders of Herzlia Synagogue, a two-time president, and, given how close we lived to the shul, a frequent last-minute call-up for a minyan. My mom, a travel agent, was active in the Herzlia Sisterhood.

I attended Herzlia's school until the end of grade 2 before moving to William Osler, J.B. Mitchell, Grant Park, and then, for grade 12, Vincent Massey.

As a child, I studied piano, flute, and guitar, and played in the Winnipeg Junior Orchestra and the Grant Park High School Orchestra. My real passion, though, was dance. I studied ballet and aspired for a while to be a professional dancer, until I sustained an injury in grade nine.

I was active in Shaarey Zedek USY and spent a summer at a USY camp in Nebraska. One of the great passions from my youth was Camp Massad. I went every summer from the age of eight until the age of sixteen, including a summer as a counsellor when I earned a grand total of $52! I loved everything about Massad and made lifelong friends. I later became a volunteer and sent my own children there.

After high school, I went to the University of Winnipeg and later the University of Manitoba in pursuit of my education degree, and then on to Teachers College at Columbia University in New York for my Master's degree. I specialized in education for gifted children, a population I believed was underserved at the time.

When I returned to Winnipeg, I returned to the U of M to get a Bachelor of Arts degree in English and then took a position with the Department of Education. This led to a position with Seven Oaks School Division, which was just launching a program for gifted students. I had the opportunity to design most of the curriculum while teaching grades 4-6 at four different schools. I added grades 7-9 before eventually taking a position teaching English at Maples Collegiate.

While teaching at Maples, I met David Folk, a South African doctor who was working in northern Manitoba. We were introduced to each other by Susana Bloch and her daughter Daniela, my High Holiday seat neighbours at Herzlia. Walter Bloch, a dentist, had treated David for a toothache. Susana made the shidduch and had us both over for Shabbat dinner, an evening that ended at the opera. Thirty-nine days later we were engaged. We were later married at Herzlia; my bridal suite was the same room where I attended kindergarten.

David was passionate (and still is) about rural medicine, and I agreed to travel with him to Russell, Manitoba for one year where he accepted a job as one of two town doctors. One year turned into ten wonderful years. Professionally, I worked as a substitute teacher, supervised student teachers, and taught communications at a new local branch of Assiniboine Community College.

More importantly, Russell is where we raised our children — Alexandra (Alli) and Josh. In a warm and loving community setting like Russell, we were able to give our children a 1950s upbringing in the 1990s. We rarely locked our doors, and we made many friends. We also enjoyed dinners in farmers' fields during harvest. (On one farm visit, Alli learned the hard way that you shouldn't wear party shoes everywhere.)

There was no anti-Semitism to speak of. In fact, I was a frequent guest at community groups wanting to learn more about Judaism. I was their Rebbetzen.

We did our best to preserve and celebrate our Jewish identity in a town where we were the only Jews. Shabbat dinners were rarely missed, we kept kosher (people coming from Winnipeg brought back meat for us), and I became a pretty good challah baker.

Then, as now, I believed in the importance of serving your community. I helped revive the Ladies' Auxiliary at the hospital, served on the Board of the daycare/nursery, and became active in the local Christmas Cheer Board.

As the kids got older, we made the difficult decision to move because we felt the need to have a vibrant Jewish community around us. And so, South Bend, Indiana, came calling. David practised rural medicine while I taught and became very active in our synagogue. At shul, I helped design a curriculum for a Shabbat learning program for children. Alli and Josh had their Bat and Bar Mitzvahs in South Bend — our guests were welcome to join the choir for the service.

After a few years, David was ready for another job change and took a position in Northwest Ontario. He spent the weeks in Ontario and the weekends in Indiana. I stayed in South Bend for half a year until 2011, when we shifted our home base to Winnipeg.

Our kids were away at university and becoming very independent. I retired from teaching and decided to commit myself to community service. I became active in Women's Philanthropy at the Jewish Federation of Winnipeg and served as the Lion of Judah Chair. I co-chaired a capital campaign for Camp Massad and then co-chaired the Board. Today I am the President of the Jewish Federation and the Women's Musical Club of Winnipeg — and I deliver Kosher Meals on Wheels once a week.

I like to be busy and I believe in the importance of giving back to the community. It's a lesson I learned from my parents; it's a lesson I try to share with my kids.