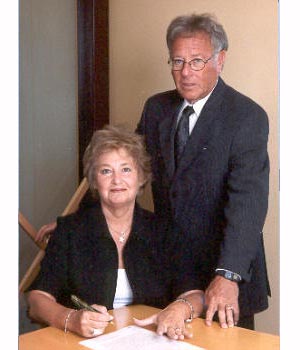 Larry and Brenda sign their Endowment Book of Life story 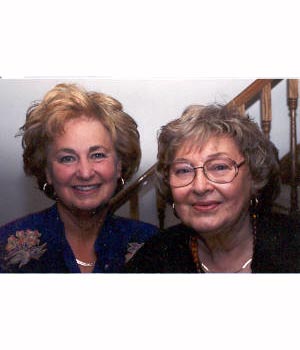 Brenda and her mother, Janey Jacobson 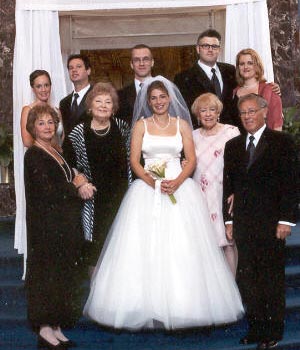 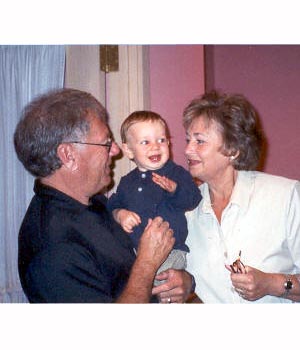 Larry and Brenda with grandson Coby

Larry and Brenda had many opportunities to leave Winnipeg. This story is proof of their satisfaction with their decision to return, raise their family and remain in the city.Larry was born in Toronto where his father, Allan, was in the candy business. Married to a Winnipegger, Tillie Cristall, the family planned to remain in Toronto until Allan's ill health caused the family to re-evaluate their situation. With extended family support the family left for Winnipeg - the very day after Larry's Bar Mitzvah. For the next six years the Booke family called Winnipeg home. It was during this time period that Larry solidified his Jewish identification. He remembers how his lifelong love of anything athletic assisted him in becoming involved in the Jewish community. Larry has fond and lasting memories of his affiliation with the Shaarey Zedek, YMHA, AZA and the "Sammies" fraternity. Upon reflection Larry feels his adolescence in Winnipeg provided him with a stronger sense of his Jewish identity than he had as a youngster growing up in Toronto. A winter vacation in Phoenix motivated the Booke parents to relocate to Arizona. As a nineteen-year-old, Larry who was comfortable in Winnipeg had to once again make the transition to a new community. This one was more difficult as Larry had to leave behind his girlfriend Brenda (Jacobson) who eventually was to become his wife. Larry enrolled in Arizona State University. Life threw Larry and the family a curveball when his father suddenly passed away in 1962. Larry's mother and sister have remained in the desert part of the United States.

Brenda was born and raised in Winnipeg. Her parents Max and Janey (Nathanson) and extended families always held a special place in Brenda's heart, growing up was a family affair!

Friends, family and Jewish organizations played a great part in Brenda's life, as she fondly remembers Sunday Family Swim at the YMHA with her dad - then going on to become one of the first competitive swimmers for the "Y". Shaarey Zedek, USY (where she met Larry), and BBYO all played a major role in Brenda's life.

Following their December, 1964 wedding the newly wed couple relocated to Phoenix where Larry finished his Bachelor of Science with a major in accounting and they selected Toronto as the place to call home. With Brenda's encouragement Larry enrolled in the chartered accountancy course from which he graduated in 1971.

The decision to leave Toronto and settle back in Winnipeg had a lot to do with how both Brenda and Larry felt about their Winnipeg family and friends. They felt that they had a great deal of "associations" with people in Toronto but the relationships were not that deep, "no one to take their kids for ice cream with love" as Brenda put it. On frequent trips home to see Brenda's family they both felt the warmth of their Winnipeg family and friends, in spite of the fact that they had been away for quite a few years. Larry had the potential of a partnership with a Toronto accounting firm so they both knew that whatever decision they made would have a great impact on how the rest of their life was to unfold. Moving back to raise their children was truly "coming home". Three children, a cottage at Winnipeg Beach and a partnership in a firm Booke and Partners completes the story.

The three children are Allan, Jeffrey and his wife Lauren (son Coby Joshua) and Julie and her husband Brad. Presently all three children are living elsewhere but as opportunities present themselves returning to Winnipeg is not out of the question (hopefully).

Larry and Brenda would both like to be remembered as strong, supportive and caring parents and grandparents. They are very proud of the achievements of their children and the types of adults that they have become. From a community-wide perspective both Larry and Brenda would like to see the community prosper and grow. Larry, as a past president, has always been involved with the Rady Centre to which he has a strong attachment and has worked for its continued growth and renewal.