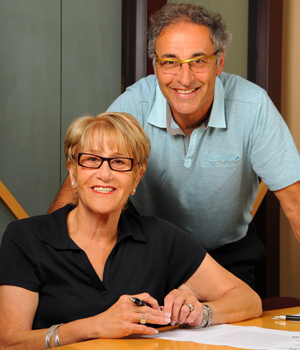 When I moved to Winnipeg to attend university, I had a very strong sense of "coming home". Winnipeg's Jewish community welcomed me, as my country had welcomed my forefathers.

My grandfather, Abraham Silverman, left his home in Romania at the turn of the century and sought a new life in the distant land of Canada. Five years later, in 1906, my grandmother Rebecca joined him. They settled in the Hirsch Colony near Lipton, Saskatchewan, where my father, Coleman Silverman, was born on April 22, 1911.

My mother, Rose Bercovici, was born on October 20, 1910 in Romania. Her parents were David and Claire Bercovici. Claire died when my mother was only seven. As a 20-year-old, my mother travelled to Montreal and worked as a dress designer. She designed and sewed beautiful dresses.

My mother made a trip out west and met my father, and they were married the following November 10, 1935. Although my father had trained to be a school teacher, he became a general merchant in Dysart and later Melville, Saskatchewan. They had two children, my brother David Cyril, and me, Karen Toba.

Growing up in a small town was idyllic, secure and wonderful in many ways. I had very good friends, but as we were one of very few Jewish families in town, I always felt different. I wore my Star of David inside my T-shirt. I avoided certain discussions and watched what I said.

In 1968 I came to Winnipeg to attend the University of Manitoba. From my first days in Winnipeg, I had a sense of belonging like I had never felt before. I felt like I could relax. The Six Day War had brought Jews together and I was swept up in the communal embrace. I could wear my Star of David with pride and I could engage in lively, open discussions. It was a different world.

Shortly after arriving in Winnipeg I met Peter Leipsic and we were married in 1970. We have two children, and life ever since has revolved around family. Our son Jonathon is a cardiac radiologist in Vancouver. He is married to Karly Bogner, the granddaughter of well-known Winnipeggers Betty and Lefty Akman. They have given us two grandchildren, Isabella Rose (4) and Carsyn Ariel (2). Our daughter Sarah was a school teacher and now is a wonderful mother of two. She is married to Kevin Solomon, the son of Jack and Laurie Solomon. Their children are Hugh Edward (2) and Ryann Ava (5 months). Our children and grandchildren are our greatest accomplishment.

I have also enjoyed involvement in the community. I volunteered with Ramah School and Joseph Wolinsky Collegiate, was involved with National Council of Jewish Women, co-chaired the Lion of Judah and canvassed for CancerCare, Heart and Stroke Foundation, and Canadian Diabetes Association.