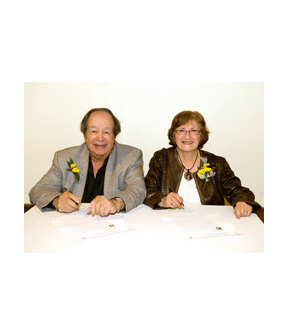 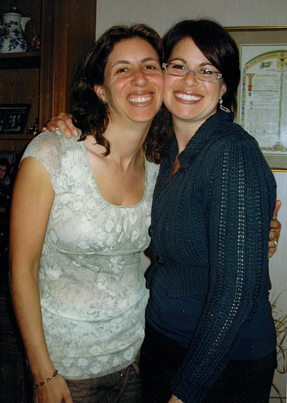 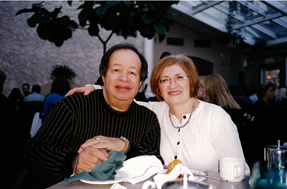 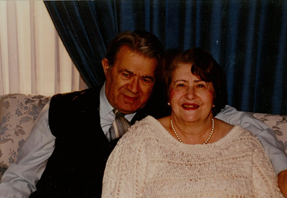 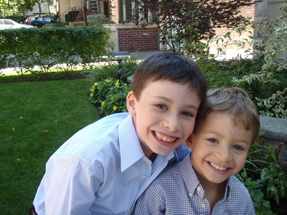 Judy Mahon was born in 1941 in Winnipeg to Lezer and Polly Tennenhouse (née Hoffman).

Lezer was born in 1907 in Camper, Manitoba, about 150 kilometres northwest of Winnipeg. His parents, Morris and Annie, farmed in the area upon their arrival in Canada in 1902. Morris was originally from Romania; Annie was originally from England. Judy fondly remembers trips to the family farm, and visits to her grandparents' Smithfield Avenue home after they moved to the city.

Polly was born in 1919 in Ponevitch, Lithuania, and came to Canada with her parents, Mordechai and Henya, in 1927 to escape poverty and anti-Semitism. Judy's Zaida Mordechai was a maftir teacher and a very orthodox man.

Judy's parents were traditional, loving, busy and community-minded. Her father, who worked as a carpenter, beekeeper and food manufacturer, helped post-war immigrants settle in Winnipeg; was active with I.L. Peretz School and Rosh Pina Synagogue; and was an avid gardener and curler. Her mother was known for keeping a traditional Jewish home, including Shabbat dinners and all of the holidays. Judy recalls a childhood enriched by many friends, good neighbours and many family gatherings in the city and on the farm.

As a child, Judy was active as a dancer and skater; in her teen years, she was involved in United Synagogue Youth. She had her Bat Mitzvah in 1954, one of the first at Rosh Pina. She grew up on Bannerman, later moved to Airlies and attended I.L. Peretz School, Machray School and St. John's Tech. She studied at the University of Manitoba and became a medical laboratory technologist. In university, she was active in Hillel.

Judy met Bill Mahon in 1961 and they were married in 1965 at the B'nay Abraham Synagogue. They have two daughters: Tracy Kowal, who lives in Toronto with her husband (Jeffrey) and two children (Nathan and Jonah); and Dana, who lives in Vancouver with her partner, Chris. Judy and Bill take great comfort in the fact their grandchildren are receiving a Jewish education.

Judy spent many years working as a medical lab technologist and teaching at Winnipeg's Health Sciences Centre in the microbiology department, and today works as a part-time officer manager with Bill who works as a branch manager for Dundee Private Investors Inc.

Believing that one must give back to the community, Judy has been an active volunteer over the years with Hadassah, I.L. Peretz School, Folklorama, the Winnipeg Jewish Theatre and more. She always felt a special connection as a volunteer with the Chai Folk Ensemble as her daughter performed with the group. Today, she and Bill attend Congregation Etz Chayim frequently and see synagogue participation as an important part of Jewish living.

Judy is proud to have lived in a vibrant Jewish community and says that for that quality of community life to continue, we must all support our institutions, and that's what motivated her participation in the Jewish Foundation of Manitoba's Endowment Book of Life program. "Jewish education and a love of Israel are vital," she says. "Our schools and synagogues must remain strong."

Judy's personal passion for the State of Israel is deep and historic. "It's a natural progression from growing up in a Jewish home," she says. Judy recalls a 1973 meeting at Rosh Pina to raise funds for Israel during the Yom Kippur War. "I knew in my head at the time that we would have to go to Israel and that Israel would become an increasingly important part of my Jewish identity."

Judy and Bill have travelled twice to Israel in recent years, and have grown even more interested in the people and the country, especially after being there for the 60th birthday of the state. They visited Sderot, a town ravaged by rocket fire, and toured extensively.

Judy is proud that their gift to the Jewish Foundation of Manitoba will help Jews in Israel and in Winnipeg. "I want to help those who have not been as fortunate as me, and I want to ensure a strong future."