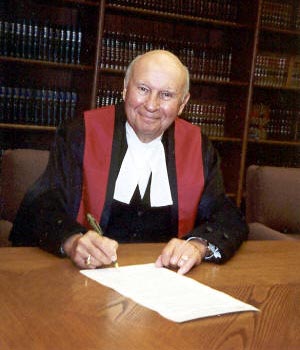 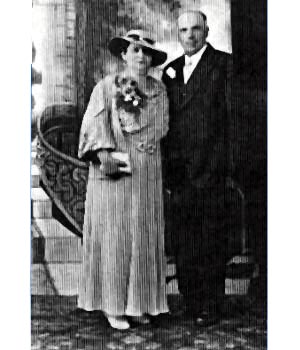 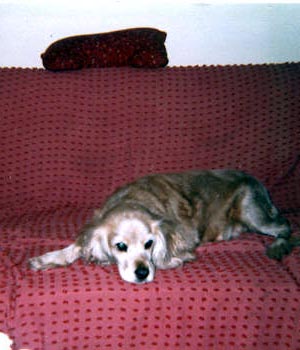 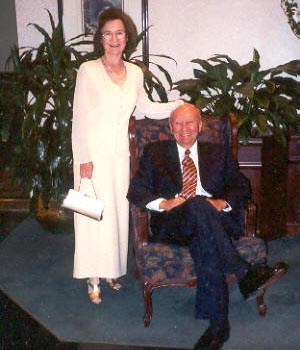 I was born February 4th, 1927 in the City of Winnipeg, the youngest of six children of my parents Fishel (Frank) and Simma (Celia) Minuk (nee Cohen). My father was born in 1887 in Czartorysyk, near Kiev Russia as was my mother who was born in 1880. They came to Canada via Montreal in 1919 and settled in Winnipeg where they lived all their lives and raised their family.

My father had four brothers all born in Russia and all of who came to Canada at about the same time as my parents. Their names were Mendil, Berel, Isaac and Morris. Like my parents, they all settled in Winnipeg where they raised their families. My father also had a sister Dobra Pesa who died in Russia shortly after her birth.

I married my beloved wife, May Smith on August 23, 1976 at the Rosh Pina Synagogue. Rabbi Rappaport performed the service. We were not blessed with children but we did enjoy for over 13 years the company and love of our dear little cocker spaniel "Honey". She gave us enormous joy and affection and loyalty. It is without exaggeration to say that when she died suddenly it was akin to losing a member of our family. I am sure other pet-lovers will understand how we felt. "We will never forget you Honey - you were one hell of a pal!"

My family lived in a house at 506 Pritchard Avenue, one block north of Selkirk Avenue in the North End of the city. I attended the "small" Talmud Torah at Magnus and Andrews Streets, as well as the "big" Talmud Torah at Stella and Charles Streets. I also attended Aberdeen, Isaac Newton and St. John's Tech High School. I received a Bachelor of Arts Degree from the University of Manitoba, graduated from the Manitoba Law School in 1955 and was called to the Bar the same year. I articled with the late Louis D. Morosnick who was a prominent criminal lawyer in his day.

I practiced law alone and in partnership with others, specializing mainly in criminal law. In 1972 I was appointed a Judge of the Provincial Court of Manitoba. I worked and lived in Brandon for four years and returned to Winnipeg in 1976 where I have been presiding to the present.

Some of the most enjoyable and fondest memories from the time I was in my teens were playing softball at the Aberdeen School grounds at Flora and Salter Streets. There was an organized league called the 20th Century Softball League composed of four teams. I played for Crosstown Electric Seals sponsored by the late Leon and Fred DeVere. We played on Wednesday evening and a double-header on Sundays. I recall that on a warm Sunday there would be thousands of people watching us play. Many of the fellows I played with have become very close friends.

My late father was a hard working and religious man. He was a junk peddler all of his life until his death in 1976. He peddled the back lanes of the city with a horse and wagon five days a week. On Saturdays and holidays he attended the Aterez Israel Synagogue which at the time was at Magnus Avenue and Powers Street across from the William Whyte School.

One of my fondest memories as a youngster was when my father would lift me onto the wagon and let me hold the reins of the horse as it walked down the back lane. During the years my father worked he had four or five different horses. For some unknown reason he called all of them "Barney". Nowadays when I hear the name Barney I always think of my father and his horses. We had a stable at the back of our house where the "Barneys" lived.

My parents, like most, dedicated their lives to their children. My dear mother worked hard and looked after the needs of her family without the modern conveniences that today's housewife enjoys. She was the typical "Yiddishe Mama". Whenever I hear the song being sung I become emotional because it reminds me so much of my dear late mother. In addition to providing food, clothing and shelter my parents instilled in us the virtues of honesty, hard work and respect for our elders. They also instilled in us a pride in "Yiddishkeit".

I am very proud of my heritage. This is my motivation for signing the Endowment Book of Life - so that future generations will know of me and the Minuk families. I hope that others will follow my lead so that The Jewish Foundation of Manitoba will continue to flourish and provide the programs and services that are required in the future.