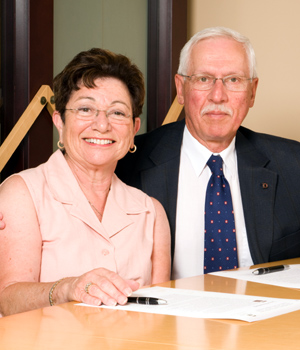 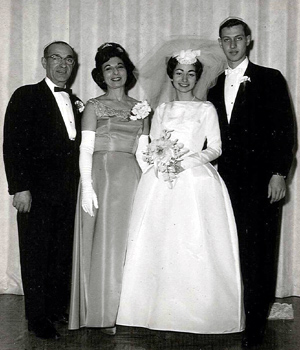 Joyce and Sid Rosenhek with her parents Claire (Bedder) and Bill Morr, 1963 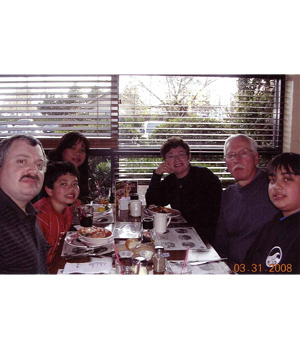 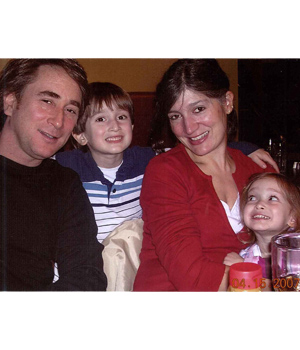 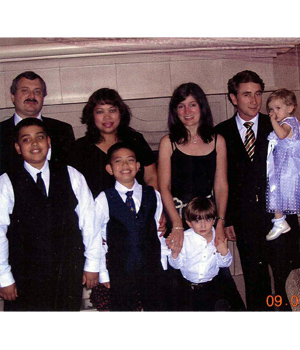 To those who made Winnipeg's north end home, there was no place like Selkirk Avenue. The Bedders of Selkirk Avenue were a well-known family. Bill and Liba Bedder, my maternal grandparents, immigrated from Russia in the early 1900's and established Commercial Sheet Metal Company. My mother, their daughter Claire, was born in Winnipeg in 1917.

My father, Bill Morry, was born in Winnipeg in 1914. He was the son of Harry and Sarah Morry. Although they came to Winnipeg in the early 1900's, Harry went back to Russia and was never heard from again. I know only that he was a watchmaker. My dad was the original 'hobo', who had an adventurous streak. As a young man he "rode the rails" looking for work during the depression.

My dad, Bill Morry, married my mother, Claire Bedder, on March 29, 1941. They eventually made our home on Rupertsland Avenue in West Kildonan. He eventually operated Manitoba Heating Ltd., a heating and air-conditioning contracting company, and later worked as a real estate agent. He was a patient and honest man who loved his family. He enjoyed playing bridge and bowling. My mother was a real estate agent, but her first love was her family and her home. She was a great cook, and had wonderful artistic ability — she painted, and designed and sewed dresses.

I was born in Winnipeg on December 15, 1942. I have one brother, David Morry, and one sister, Debi Bass. We were fortunate to grow up in a family that valued family relationships and friendships. Our extended family was very large and close-knit. We learned by example to care about others and to be involved members of society as a whole.

I attended Seven Oaks, Governor Semple, Edmund Partridge schools, and West Kildonan Collegiate. My youth was filled with good friends, movies, dances, and crafts. I especially loved family gatherings and time spent at my aunt and uncle's cottage in Gimli. I attended BBYO and the YMHA — anything to spend time with friends!

Following high school I attended the University of Manitoba and graduated as a Physiotherapist. In 1963 I married Sid Rosenhek whom I had met through a mutual friend. We have two children; Jeffrey and his wife Elena, currently living in Richmond, BC and Mindi and her husband Steven Green living in Toronto. We also have four grandchildren — Scott, Sean, Ryan and Lexi.

Before the children were born I worked as a Physiotherapist at Deer Lodge Hospital. I have loved volunteering my time and skills to numerous organizations over the years, among them B'nai Brith Women (now Jewish Women International), Women's League, Canadian Cancer Society, Kidney Foundation, and National Council of Jewish Women International. As a volunteer, I taught prenatal classes at Mount Carmel Clinic and tested hearing in Winnipeg School Division. It was a special honour to be presented with the Federal Government's "Lifestyle Award" in 1979 and to meet Prime Minister Trudeau.

While one of my favorite pastimes is still spending time with good friends and family, I also enjoy knitting, crocheting, sewing, bowling in a ladies' league, occasionally golfing and travelling.

My wish for my children, grandchildren and future generations of our family is that I have passed on a legacy of caring, and that they too enjoy long, healthy peaceful lives filled with good friends and good times. And for our community, my wish would be that we attract and retain more members, and that while remaining united we also have an outstretched hand to welcome others.