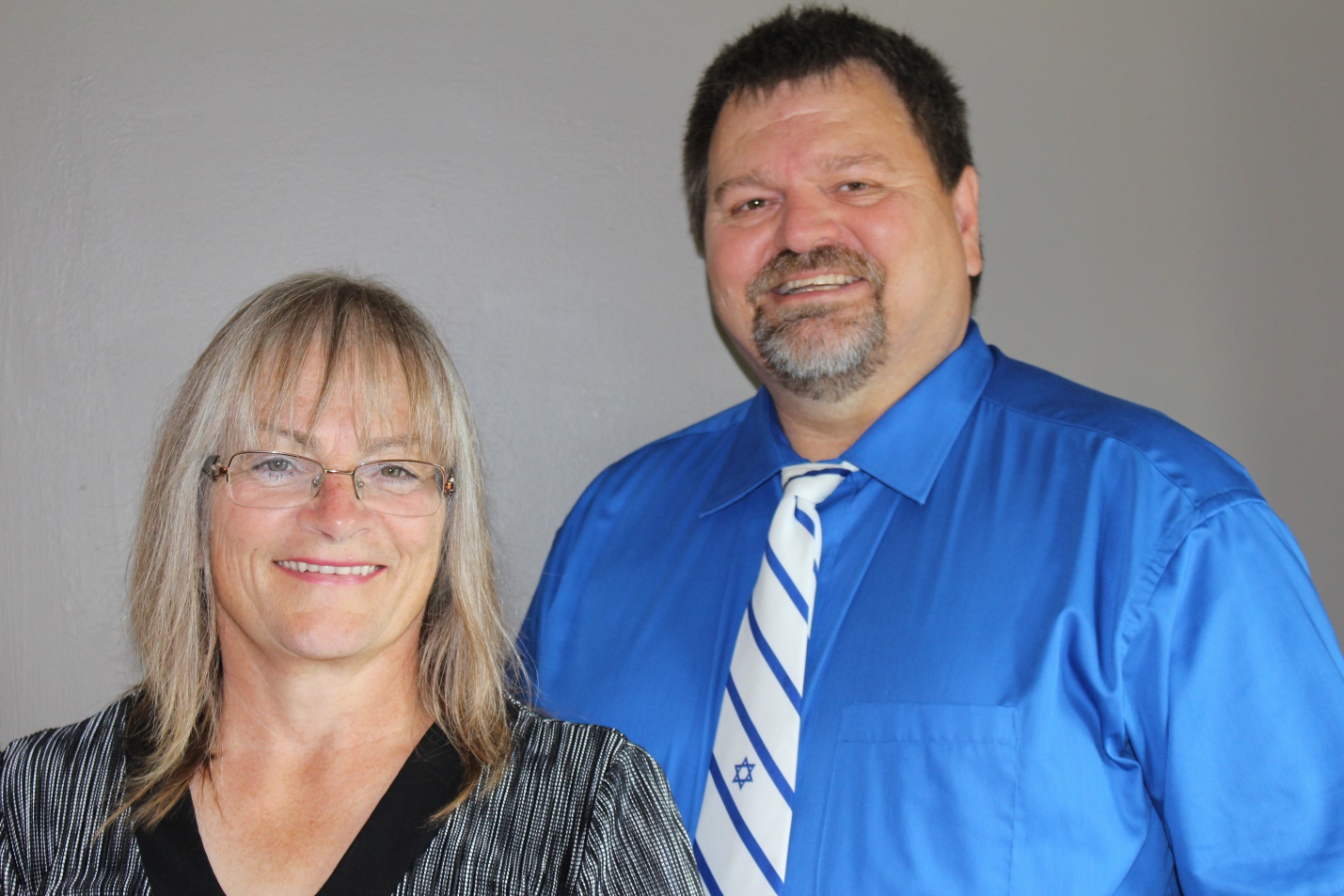 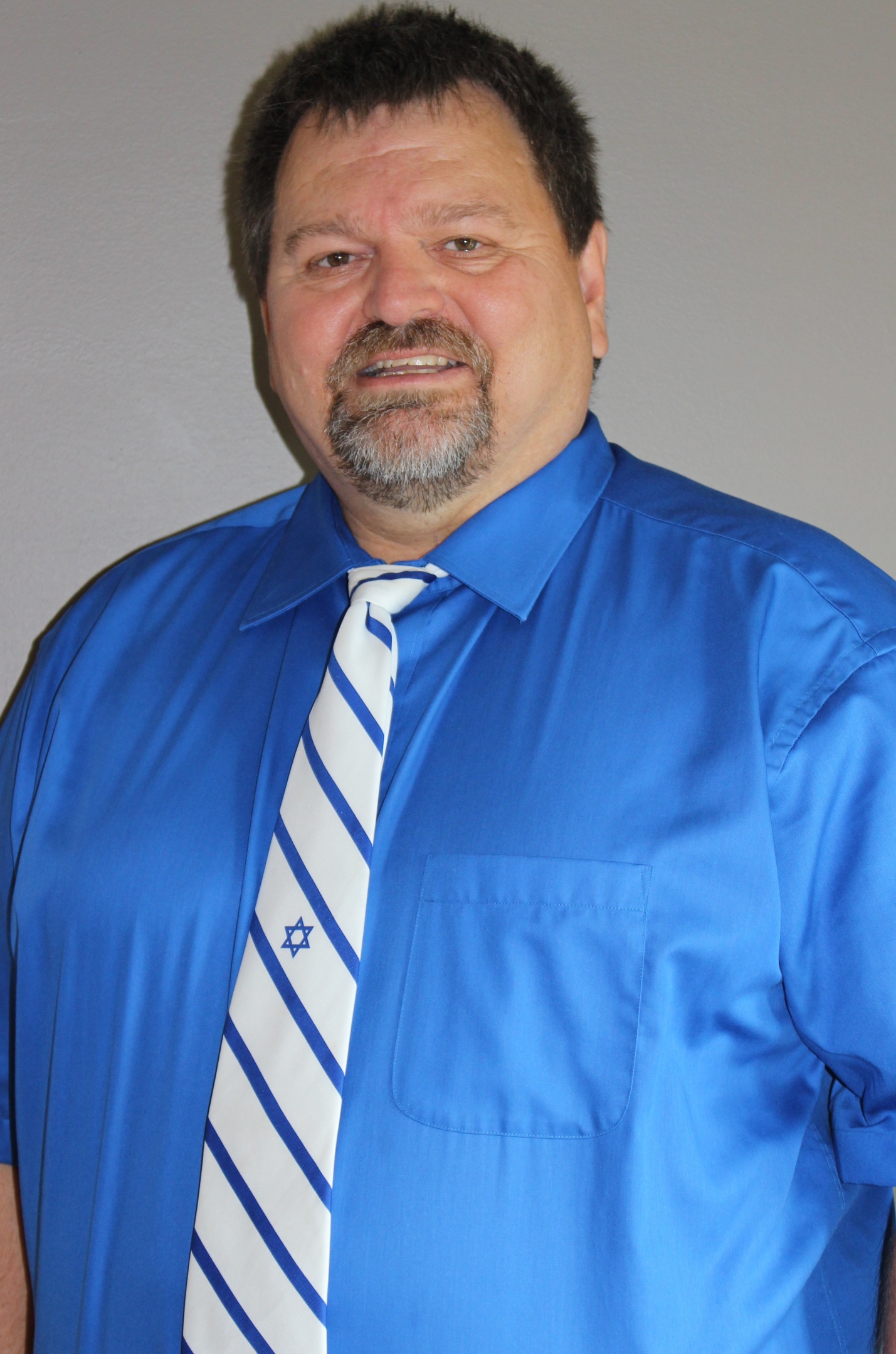 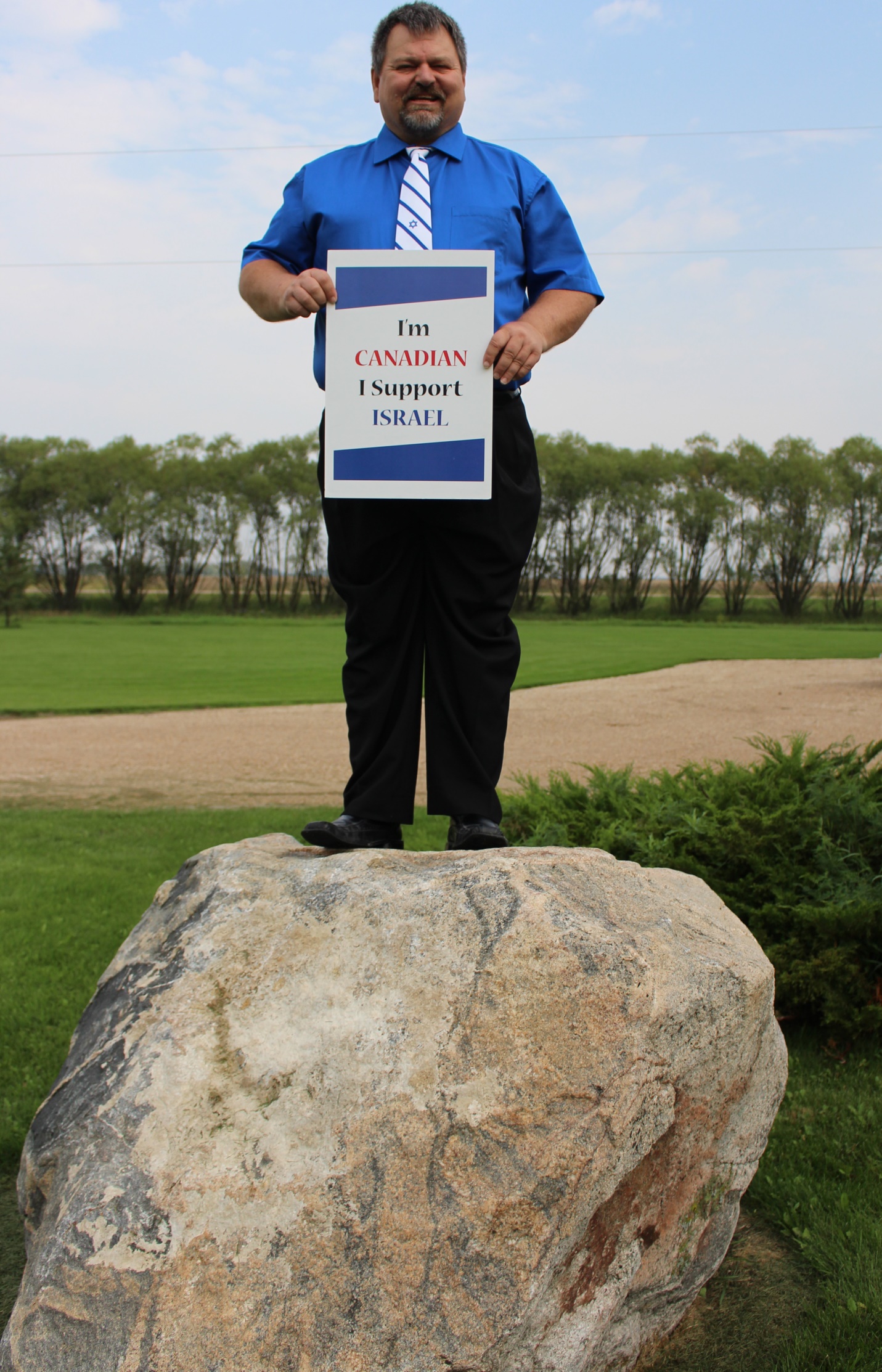 Grandpa have you ever heard of the name Plantz being Jewish?"

"We are? Why didn't you tell anyone?"

"Because no one ever asked."

John Plantz was 36 years old when he had this conversation with his grandfather, Ralph Plantz, in May of 1992. Ironically, he had just returned from Israel where for eight weeks he had lived on kibbutz, studied Archaeology at Hebrew Union College, and deliberately walked and absorbed the land of Israel from corner to corner. He had also found the name Plantz in early Jewish records, learning that it was a Hungarian name, and that people by that name had moved to the Netherlands and from there, in 1752, to Albany Bush, New York.

So he was Jewish. It was a startling revelation for someone who had been fascinated with Israel since a young boy. John was born in 1956 and three years later his family moved to Camper, Manitoba, 100 km north of Winnipeg. Coincidentally, Camper is the location of the former New Hirsch Colony, a Jewish farming colony. John attended New Hirsch School and recalls a day in Grade 5 when the teacher displayed a large map of the world and began to point out various countries and what they were known for. John noticed the word "Israel" which appeared to be in a body of water (because the country was too small to contain the word). He asked the teacher about that word and the teacher replied, "Israel is a country, but you don't need to know anything about it." He went home and told his mother, "Someday I am going to visit Israel."

John's father, Gomer Plantz, was a mechanic, a carpenter, a trapper, and an entrepreneur who ran an ice fishing business. His mother, Dorothy, was a homemaker and also worked at the local Wagon Wheel Restaurant. John has two siblings, David Plantz and Cheryl (Plantz) Norman. A shy boy, for whom school life became increasingly difficult in his teens due to bullying, John took solace in the fields and forests surrounding their rural homestead. He loves the outdoors and believes it gave him an excellent education outside the classroom. He also excelled at sports which ended up determining the course of his future.

When the New Hirsch school was closed, John took the bus to Ashern and he graduated from Ashern Central School. He took a job working bridge construction in Wawanesa but was looking for further education. An adult friend recommended Briercrest College in Caronport, Saskatchewan because it had - and still has - an excellent sports program. He applied and was accepted, somewhat oblivious to the fact that it was a Bible College. During his time there, however, the Bible became increasingly interesting and he found a new freedom and excitement in following the Christian faith. He came to believe in Jesus as the Messiah and this only increased his passion for the land of Israel.

In 1979, John graduated with a Bachelor of Religious Education and a teaching certificate. In 1983, John married Irene Plett. He recalls that at the reception, apropos to nothing, he suddenly leaned over to his new bride and said, "One day I'm going to Israel." It seemed to be so important to him that on this pivotal day in his life he needed to make sure it was said. From 1978 - 1988 he worked as a youth pastor and as a "circuit preacher" in northern Manitoba and Saskatchewan. In 1989 he decided to go back to school, to attend Briercrest Seminary to obtain his Masters of Ministry with studies in Archaeology in Israel.

As he studied the Bible more intently, one of his professors suggested that if he really wanted to understand the Bible better, he should hear it taught from a Jewish perspective. And so he began to attend Beth Jacob Synagogue in Regina. One day after Shabbat service, the Rabbi asked John if he was Jewish because he had a Jewish friend with the same last name. John's plans to visit Israel were already in the works and so he tucked this away as something he should pursue while there.

And so it was. John fulfilled his life-long dream of visiting Israel. He took six courses in archaeology at Hebrew Union College and thoroughly enjoyed both the classroom teaching and the archaeological digs. While there, he decided to walk the land, and he spent two weeks walking, exploring, meeting people ... and he wrote everything down. It was his passion, and continues to be. This year marks his twentieth trip back to Israel as tour leader and Bible teacher. With his passion for Biblical historical accounts, with both his Christian and Jewish knowledge, and a wife with a Mennonite background, he has a wealth of information and a unique perspective to share with visitors to Israel.

When John moved his family to Winnipeg in August of 1992, he asked if there was a Jewish library in town. He met librarian Shirley Pinsky at the Jewish Public Library on Main Street who expressed the need for help. As a trained librarian, he volunteered his services twice a week for five years, and then, as Head Librarian, five days a week for two years. Among many other projects, John organized and catalogued the Yiddish collection. It was a labour of love, he says, and it didn't hurt that it gave him unlimited access to a wealth of information - "a Jewish education in 7 years!". He enjoyed his interaction with rabbis, researchers, lawyers, and personalities like Noah Witman.

John disregards the notion that because his mother was not Jewish, he is not Jewish. He quotes David ben Gurion, "If you want to be Jewish, be Jewish!" Along with voluntarily leading the tours to Israel, John has been involved as a volunteer with numerous Jewish organizations. Together with friends John and Janice Thiessen, he and Irene have planted a forest through the Jewish National Fund. Their family has established an endowment fund at the Jewish Foundation of Manitoba, the income from which will be used to provide a motorcycle ambulance through the Canadian Magen David Adom in memory of the Thiessens.

John and Irene have five sons - Matthew (Krystal), Seth (Bev), Joshua, Daniel (Kayla) and Michael; one daughter, Bethany, and five grandchildren. John is proud of his family and the support they have been to him. He is also pleased to say that their sons studied Yiddish and their daughter studied Hebrew. And that they grew up with Rechov Sumsum (Sesame Street)!

From an early age, John was drawn to the land of Israel; he is Jewish and a believer in the Jewish Messiah. While he loves comedy, he encourages approaching life with seriousness, taking time to ponder the bigger questions. He believes in living his life with kindness, integrity and respect for all. He quotes Micah 6:8, "And what does the L-RD require of you? To act justly and to love mercy and to walk humbly with your G-D."